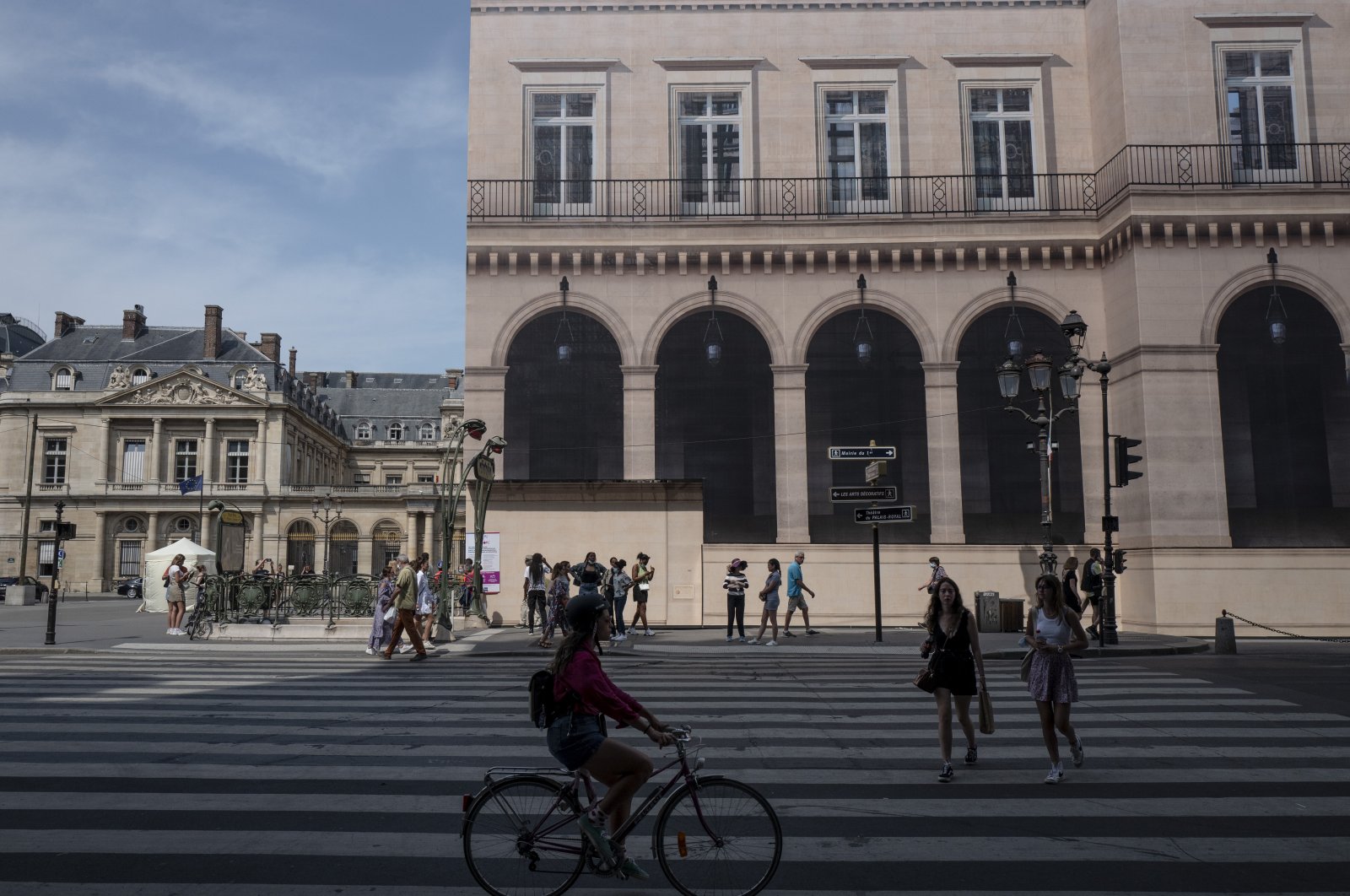 The number of tourists gazing at the Mona Lisa or wandering the streets of Paris this summer is low, dashing hopes that the top tourist destination would see brighter days after last year's pandemic-linked desertion.

The City of Light has seen between 3.6 million and 4.7 million visitors between June and August, down from 10 million in 2019, before the coronavirus emerged and wrecked international travel, according to tourism office figures.

"With clients from afar not coming, the impact is considerable," Didier Arino, director of the travel firm Protourisme, told Agence France-Presse (AFP).

France eased its travel rules ahead of the summer season, putting countries in a red, orange and green color-coded system that determines if visitors need to take a COVID-19 test before arriving, have a compelling reason to visit or must quarantine upon arrival.

Museums and other cultural venues reopened after long closures, though visitors have to show proof of vaccination or negative tests.

Arino said occupancy rates at hotels in Paris were worse than elsewhere in France, with revenues down 60%.

Romain Jouhaud, director-general of "4 Roues Sous 1 Parapluie," a company that offers guided visits of the capital in a classic French car, said he only had 120 customers this summer compared to 360 in 2019.

Most of his clients are from the United States and Australia.

"We're trying to get a bit more French clients but our problem is that our average price (150 euros) is a little high," he said, noting that the French usually spend less than foreigners.

Tour guides have also suffered from the absence of tourists, with activity dropping by more than 80% in the Ile-de-France region, which includes Paris, according to the Federation Nationale Des Guides Interpretes (FNGIC) association of guides.

"Paris is a mirror of the great European capitals," Arino said. "They all have problems and the more they depend on foreign clients, the more difficult it is."

On the river Seine, the sightseeing boat company Vedettes de Paris has seen turnover drop 50% compared to 2019. French clients used to make up half the number of passengers; they accounted for 65% this year.

The company has adapted by adding an "aperitif cruise" and installing an area to play petanque on its dock.

"We learned to reinvent ourselves, give the Seine and Eiffel Tower back to Parisians," said the company's director, Marie Bozzonie.

The Eiffel Tower reopened in mid-July after a nine-month hiatus due to the pandemic, but it has only had 13,000 visitors per day – half its usual number.

Similar scenes have been seen at the Grevin Museum, which features wax figures of famous people.

Half of its visitors are usually foreigners. It is down to 10% this year, according to Francois Frassier, a director at the Compagnie des Alpes, which owns the museum and theme parks.