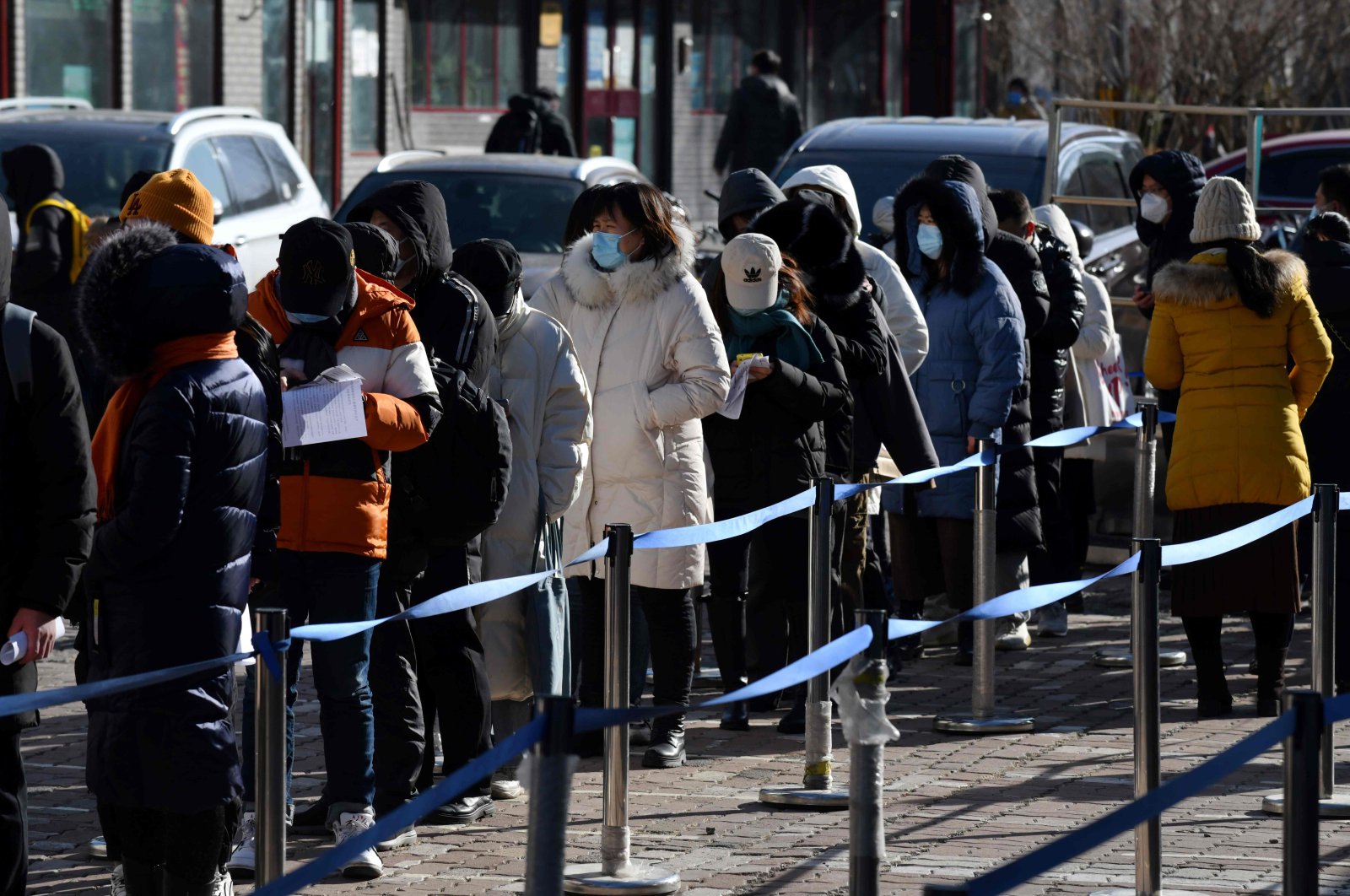 Saudi airline has 1st ever flight with all-female crew

The Chinese government Thursday once again "advised" citizens to stay at home ahead of Lunar New Year, the Chinese New Year, throwing the travel plans of millions into disarray. Some trains and flights were also canceled, as Beijing is determined to keep COVID-19 cases low at all costs.

The capital Beijing is in the grip of a "complex Covid-19 situation," city health authorities warned Thursday, as the start of the 40-day peak travel period began for the Lunar New Year holiday.

The festival, for many Chinese people the only opportunity to see relatives in the year, sees the world's biggest annual human movement as hundreds of millions criss-cross the country.

But with cases on the rise – albeit at just scores a day, a fraction of the daily numbers in the U.S., U.K. and EU – authorities are hemming in movement with a complex web of localized lockdowns, virus tests, transport restrictions and vaguely worded travel advice.

China has not issued a stay-at-home order but is instead making travel all but unfeasible and requesting cooperation from its vast population.

That is especially the case in Beijing, where the Communist Party's annual showpiece gathering of the National People's Congress is set to be held in March.

"In response to the grave and complex COVID-19 situation in Beijing, the city authorities have proposed that residents stay put" during the holiday, the report added.

Hundreds of flights in and out of Beijing had been canceled as of Thursday afternoon, according to flight tracker VariFlight.

Chinese people across the country are also being nudged into staying put – with Yiwu city government in the east offering vouchers, phone data and free winter camps for children to entice residents to stay.

Authorities have asked entertainment streaming services to offer free movies, TV and sports services during the holiday to help people pass the time at home, while the three largest mobile operators – China Mobile, China Telecom and China Unicom – will give 20GB of free data to users based in Beijing during the festival.

A commentary released on Xinhua said the "non-mandatory" appeal for people to stay where they were was to avoid a major outbreak that could spark "massive lockdowns" and "weakened confidence."

That risks unpicking the economic rebound which saw gross domestic product (GDP) growth last year recorded at 2%, which made China the only major economy to post positive figures in a year lost to the virus.

Mass testing regimes have been imposed across a number of Beijing neighborhoods where small clusters of the virus have been detected, as fears abound of new strains ripping through a vast population.

The virus first emerged in the central Chinese city of Wuhan in late 2019.

The country's National Health Commission says 4,636 people have died in the country as a result of the virus.

In comparison, more than 400,000 Americans have died so far as the sickness rips through its population and economy, while the U.K. recorded its 100,000th fatality this week.

Saudi airline has 1st ever flight with all-female crew