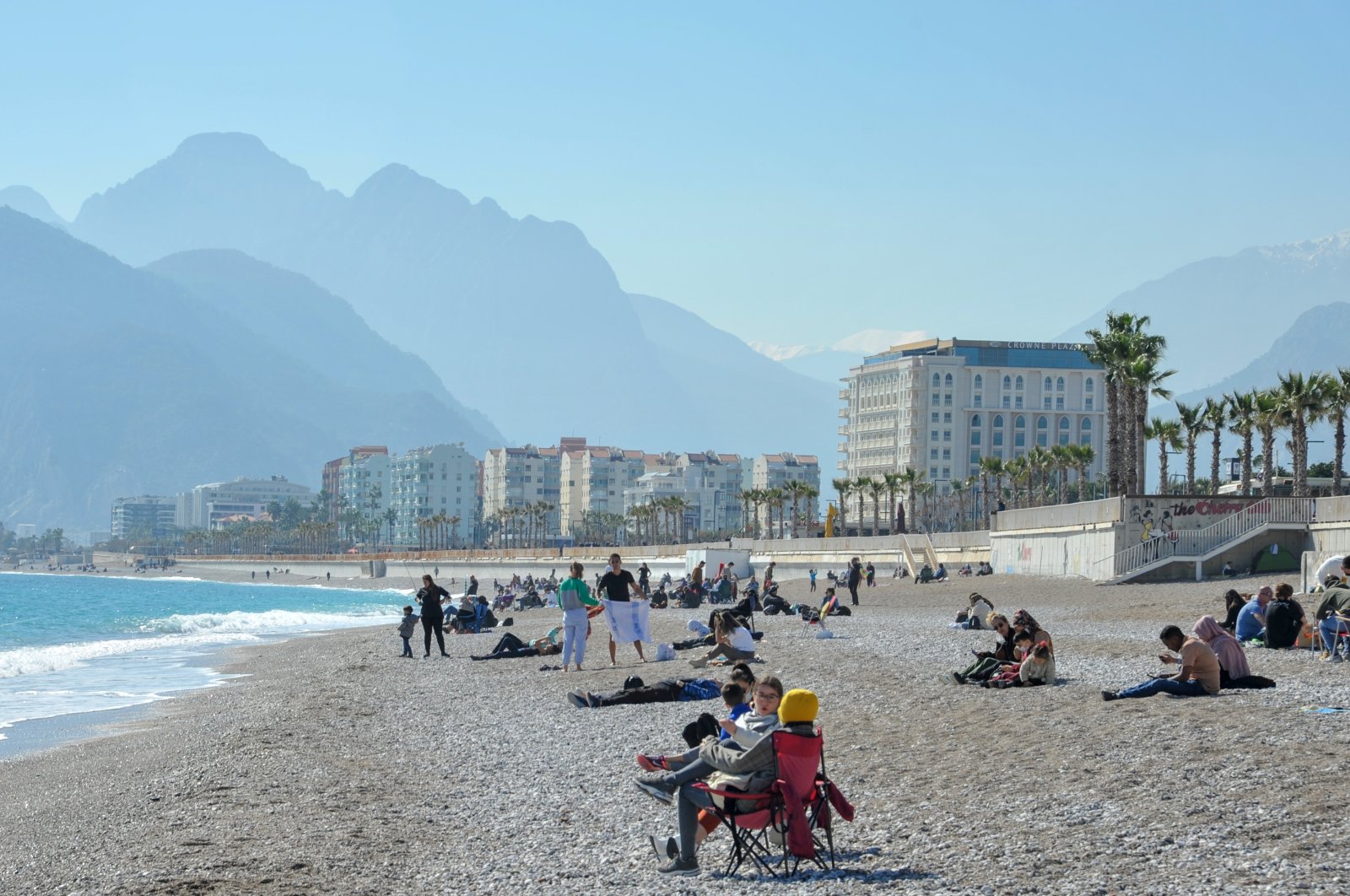 International holiday bookings surged by as much as 600% after Britain laid out plans to gradually relax coronavirus restrictions, giving battered airlines and tour operators hope that a bumper summer could come to their rescue.

Among their favorite destinations, Turkey is said to be one of the most sought-after spots by British holidaymakers for the summer holiday.

EasyJet said flight reservations from Britain jumped over 300% and holiday bookings surged by more than 600% week on week after the government indicated on Monday that travel could restart from mid-May.

Holiday company TUI U.K. said that its bookings surged 500%, while holiday and budget airline group Jet2 said its bookings were up 600%.

This summer is make-or-break for many airlines and holiday companies that are struggling to survive with close to a year of almost no revenue due to pandemic restrictions. Without it, many will need extra funds after burning through cash reserves.

Holiday company TUI UK said that its bookings surged 500%, while holiday and budget airline group Jet2 said its bookings were up 600%.

Bookings flooded in on Monday evening and Tuesday despite ongoing uncertainty over exactly how and when international routes can reopen, helping some share prices.

Responding to the government’s plans, easyJet welcomed reassurances that travel would reopen, while British Airways said it was pleased the government had acknowledged it was critical to find a way to restart travel.

Shares in easyJet jumped 9%, while British Airways-owner IAG traded up 6%, TUI and Jet2 both jumped 6% and Ryanair was 3% higher.

While British tourists are some of the biggest spenders in Europe, the presence of a more infectious variant of the coronavirus in the U.K. could alarm some countries. France and Spain have shut their borders to most U.K. travelers due to variants.

U.K. holidaymakers will know more on April 12 when the government publishes a travel review. It has said that a lockdown ban on most international travel will remain until at least May 17.

“I believe that setting a deadline of April 12 for the report ... will give people time to make their plans for summer and if things go well ... then I do believe there is every chance of an aviation recovery later this year,” Johnson was cited by Reuters as telling Parliament.

That should give airlines time to plan their summer schedule, a process that takes months.

TUI said destinations in Turkey, Greece and Spain were the most booked overnight, with people opting to go from July onward.

July and the start of school holidays were also popular for Jet2, which said mainland Spain and its islands, plus Turkey, Portugal, Greece and Cyprus were the biggest destinations.

Turkey’s touristic hot spot Antalya province on the Mediterranean coast and its towns, including Alanya, Belek, Kaş and Kemer, along with Muğla province’s Dalaman, home to many U.K. citizens, and the surrounding towns of Marmaris, Ölüdeniz and Fethiye have been British tourists’ favorite spots in recent years.

Britons accounted for 6.4% of all visitors to Turkey last year, as the pandemic led to a significant drop in tourist numbers.

The number of foreigners visiting the country in 2020 fell 71.7% year-on-year and exceeded 12.7 million, according to the Culture and Tourism Ministry data. Arrivals in January dropped nearly 72%, official data showed Monday.

Turkey launched a Safe Tourism Certification Program, which covers a broad range of safety measures in transport, accommodation and health conditions for tourists and hospitality employees.

EasyJet said trips from the U.K. to beach destinations such as Malaga, Alicante and Palma in Spain, Faro in Portugal and Crete, Greece, were the most popular destinations with holidaymakers keen to travel in August. July and September were the next most popular months.

Travel site Skyscanner said flight bookings made on Monday were 69% higher than the previous day, with visitors to its flight checking website jumping 55%.

“Our data shows that travelers are very well tuned into any updates about restrictions. We are seeing this latest news translate into a surge in travel demand,” said Skyscanner flights chief Hugh Aitken.

Britain’s route back to normality is helped by rapid progress with its vaccine plan. Over 17.7 million people, or a quarter of the population, have already had a first dose of the jab. The government is also considering options for vaccine passports.

The airlines and travel companies hope such progress will mean that from May 17 the U.K. will end its holiday ban and remove a 10-day quarantine requirement, a big deterrent for holidaymakers, and some of its COVID-19 testing rules.

Under current rules, arrivals from all countries are required to self-isolate for 10 days. Those who have been in certain high-risk “red-list” countries must pay 1,750 pounds ($2,465) to isolate themselves in a government-approved hotel.