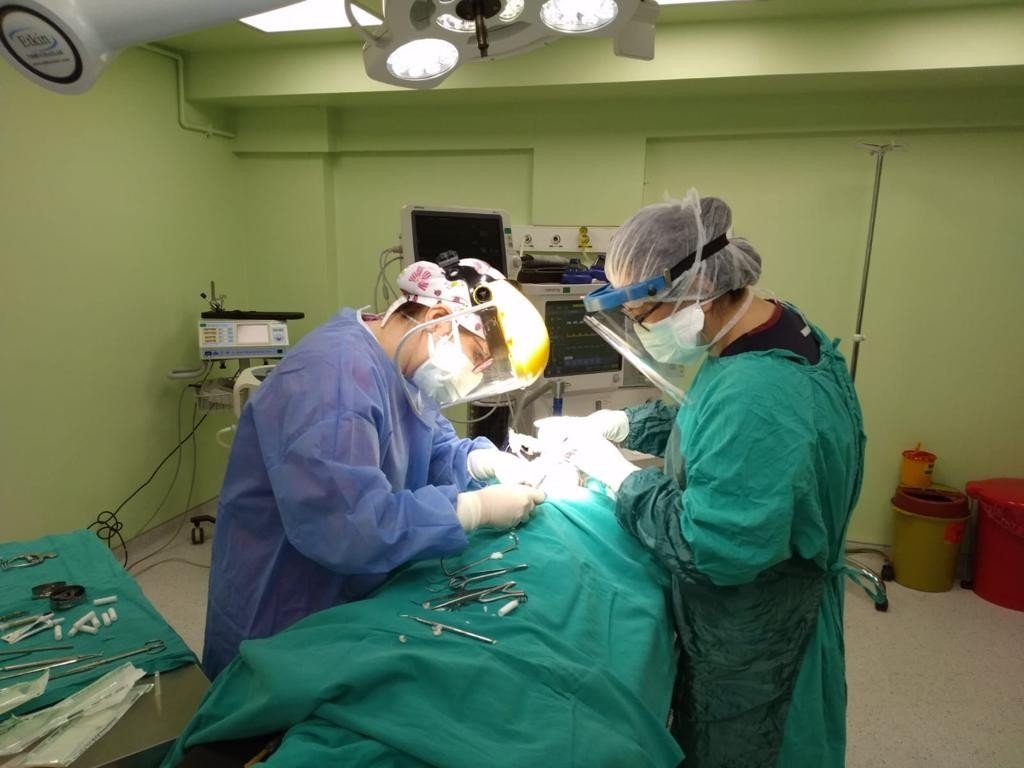 Turkey has poured millions into its health sector in recent years, a sector that also attracts foreigners and is contributing millions to health tourism. The latest figures from the health tourism industry are expected to surpass even 2019's numbers, according to a sector representative.

Chairperson of the Dental Supplies Industry and Businessmen's Association (DİŞSİAD), Erkan Uçar, said in 2020 the number of foreigners who chose Turkey for dental treatments reached 100,000 and that this number is set to gradually increase once the world turns toward a post-virus normalization.

“We expect at least a 15% increase,” he said in a statement issued by DİŞSİAD.

Uçar said Turkey has made significant investments in health tourism in the last 10 years and that the sector’s average five-year growth performance was around 25%.

Despite the downward trend during the pandemic-hit 2020, Uçar said they now expect the sector to gain momentum with the vaccine rollouts across the globe and the resumption of international flights.

He noted that Turkey has many advantages in terms of health tourism. “Being a tourism country, having advanced technologies, trained dentists and price advantages in treatments, are the main reasons why our country is being preferred,” Uçar said, adding that aesthetic dental fillings, whitening treatments, implants, orthodontics, aesthetic lamina, smile aesthetics and dental prostheses are the leading treatments that attract the most foreign customers.

“Technological developments in the last 10 years in the field of dentistry and the rapid adaptation our dentists made to new and developing technologies, have pushed our dentistry field to the forefront worldwide,” Uçar added.

Some 90% of patients who receive treatment in Turkey are satisfied with their treatments, Uçar said, noting that the country's health tourism target was set at $10 billion.

The dental field, in the meantime, is expected to reach a size of $2.5 billion.

Istanbul, the capital Ankara, southern Antalya, western Izmir, northwestern Yalova and eastern Erzurum provinces came to the fore in terms of health tourism, while Istanbul, Izmir, Antalya and southwestern Muğla are at the forefront of dental health, in particular.

Turkey ranks among the top 10 countries around the world in health tourism, while the sector is among those to show the largest growth performance in a five-year projection by Forbes.