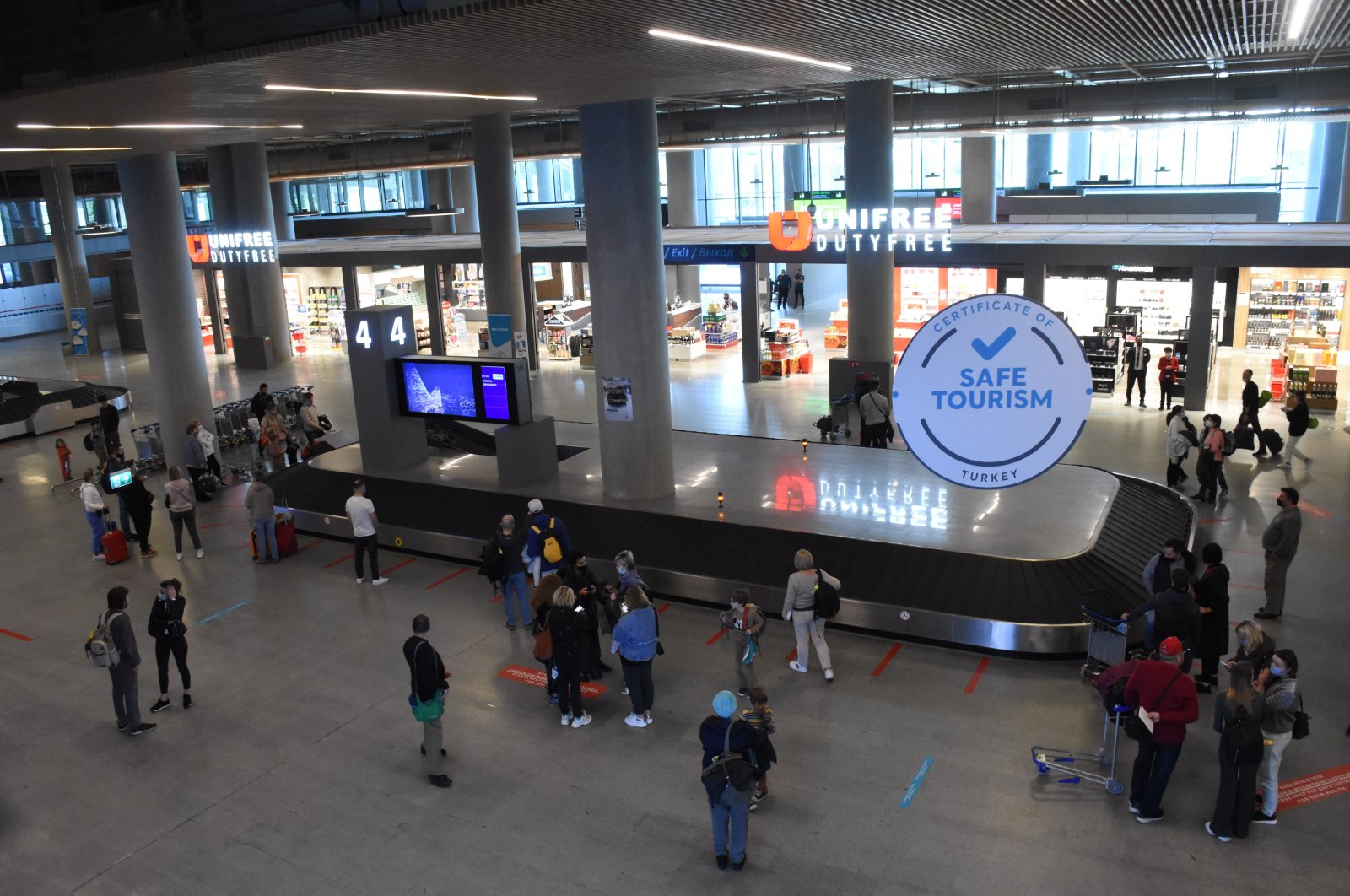 Foreign tourist arrivals in Turkey have fallen almost 70% year-on-year in February, official data showed, as the fallout from the coronavirus pandemic continued to weigh on one of the country’s hardest-hit industries.

Adding to worries about this year’s holiday season, travelers from the U.K., one of Turkey’s most important markets, will face hefty fines in new legislation designed to deter nonessential trips and barricade the nation against imported COVID-19 infections.

The figure in the first two months is down 70.24% compared to a year earlier.

The latest Russian tourists to arrive provided a timely boost for the industry. But the latest decision from the U.K. has placed the holiday season in jeopardy.

Fines of 5,000 pounds ($6,900) will be introduced from next week for people from the U.K. who try to travel abroad without good reason under new COVID-19 laws which last until the end of June, Reuters reported Tuesday.

The news followed a major surge in bookings by Britons for holidays in Turkey and the industry representatives have been expecting many tourists from the country as of June.

It was a disappointment to millions of people hoping for a summer holiday and sent travel stocks – including easyJet, British Airways, Jet2 and TUI Group – down between 2% and 4% in early trading on Tuesday.

In the U.K., foreign holidays are currently banned under “Stay at Home” legislation which will be replaced by the new COVID-19 laws next week. The government has said holidays could be allowed again from May 17 at the earliest.

Culture and Tourism Minister Mehmet Nuri Ersoy last week said the country would be unlikely require a negative PCR test from U.K. travelers as of April 15, when the practice will be reviewed, given the effective vaccination campaign in the country.

Ersoy said Turkey would take the daily coronavirus case tally into account along with the national vaccination program in place before accepting tourists from different countries in the new season.

The country hopes foreign tourism can rebound this year and officials have said the number of tourists is expected to at least double that of last year.

The number of foreigners visiting the country fell 71.7% year-on-year throughout 2020 and exceeded 12.7 million, according to official data. The sector’s revenues last year dropped 65.1% year-on-year to $12.06 billion (TL 94 billion).