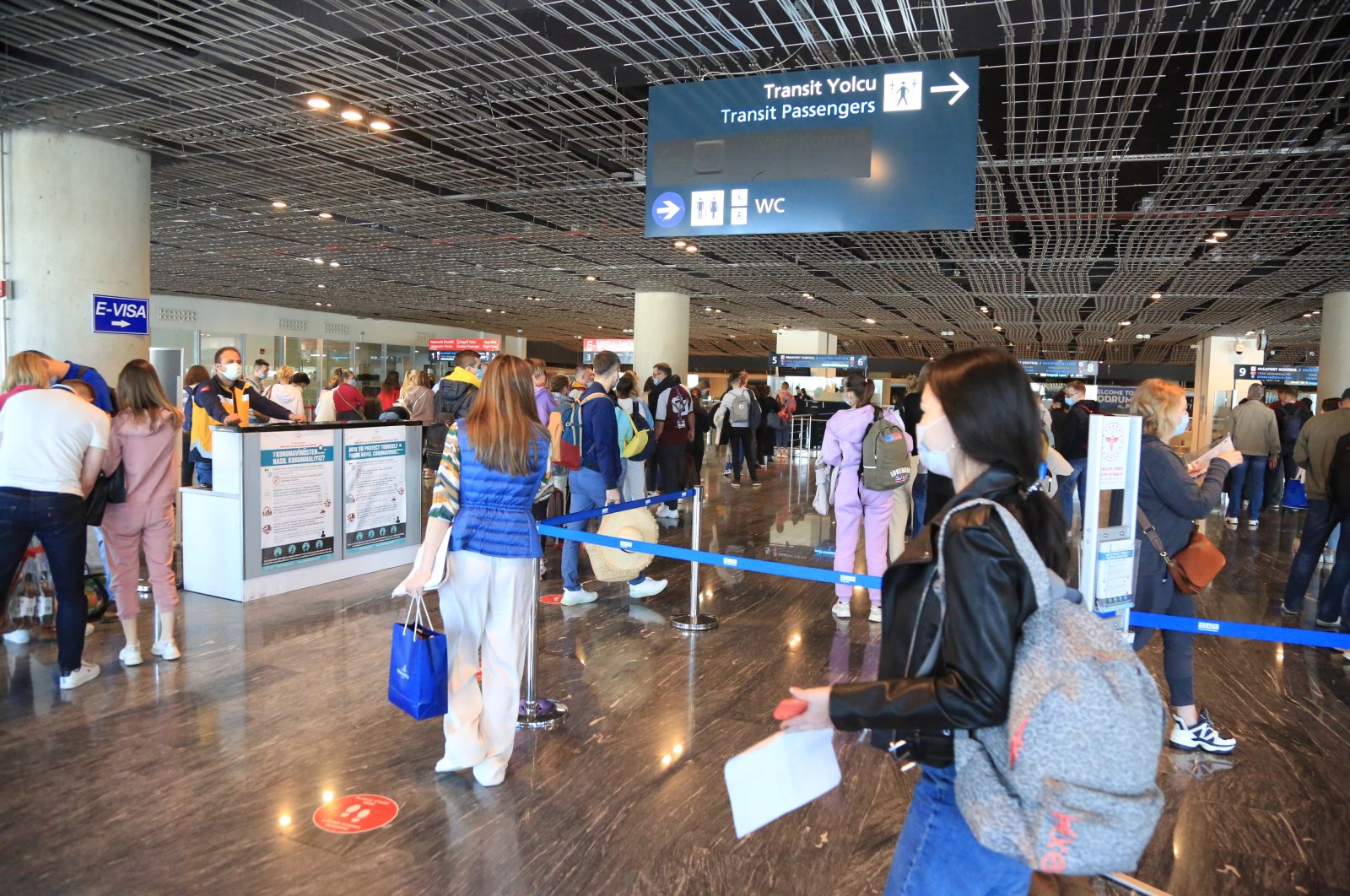 Flight restrictions imposed by Russia until June could result in a drop of around 500,000 tourists, Turkey’s Culture and Tourism Minister Mehmet Nuri Ersoy said Wednesday but stressed there were no issues with summer bookings.

Moscow Monday said it was suspending most air travel with Turkey, a popular destination for millions of Russian tourists, from April 15 to June 1, citing rising coronavirus infections.

“The date when the flight ban ends could be brought forward depending on a fall in COVID-19 case numbers. There might be a fall of near 500,000 in tourist numbers,” Ersoy said.

“There are currently no issues with summer bookings,” the minister added.

Turkey’s coronavirus infections have soared over recent weeks to above 50,000, prompting fresh lockdown measures ahead of the start of the tourism season.

President Recep Tayyip Erdoğan on Tuesday announced new restrictions for the first two weeks of the Islamic holy month of Ramadan to contain surging cases, warning that tougher curbs could follow if case numbers did not drop.

Erdogan ordered two-week limitations on travel between cities and public transport, extended weekday curfews by two hours and shut cafes and fitness centers until after Ramadan.

“The tourism industry is waiting for conditions to return to normal,” Erdoğan said. “If there is no improvement in two weeks, it will be inevitable to impose tougher measures.”

The country has already begun the rollout of coronavirus vaccinations for tourism employees, as well as people working in the aviation industry, including pilots and cabin crews.

Moscow said Monday two flights per week will continue between Moscow and Istanbul.

The decision to drastically cut the number of flights to Turkey caught many Russian tourist hopefuls off guard who were planning to spend their holiday in the country, including those that have already booked their vacation.

The move also came amid growing political tensions over Ankara’s support for Ukraine and came two days after Erdoğan met with his Ukrainian counterpart Volodymyr Zelenskiy in Istanbul.

Yet, Foreign Minister Mevlüt Çavuşoğlu on Wednesday said Moscow’s decision was not political, saying a Russian delegation would be arriving in Turkey to examine the safety and health measures.

Restrictions come amid the start of foreign tourist mobility, particularly in the southern resort province of Antalya, catching tourism professionals on the wrong foot.

Antalya alone last year welcomed 1.5 million Russian tourists out of the total 3.5 million foreigners that arrived in the city.

Caught on the wrong foot

Industry representatives request the flight restriction decision to be revised, suggesting the move would also affect the holidaymakers.

“It is a decision that Russian tourists who want to have a holiday in Antalya, like us, did not expect. Because there were serious bookings from Russia,” Professional Hotel Managers Association (POYD) Chairperson Ülkay Atmaca said.

“Our hope is for the restriction to be lifted as soon as possible,” Atmaca told Anadolu Agency (AA).

Averages of 30 flights and 7,000 Russian tourists per day started arriving in Antalya as of April, according to Antalya City Council Tourism Working Group Chairperson Recep Yavuz.

“This was predicted to further increase with the Russian public holiday in May,” Yavuz said.

The pandemic and related restrictions have slashed foreign arrivals in Turkey. The figure in the January-February period was down 70.24% year-on-year.

The number of foreigners visiting the country fell 71.7% year-on-year throughout 2020 and exceeded 12.7 million, according to official data. The sector’s revenues dropped 65.1% year-on-year to $12.06 billion.

The government hopes over 30 million foreign visitors will arrive this year, creating revenues estimated to reach around $23 billion.