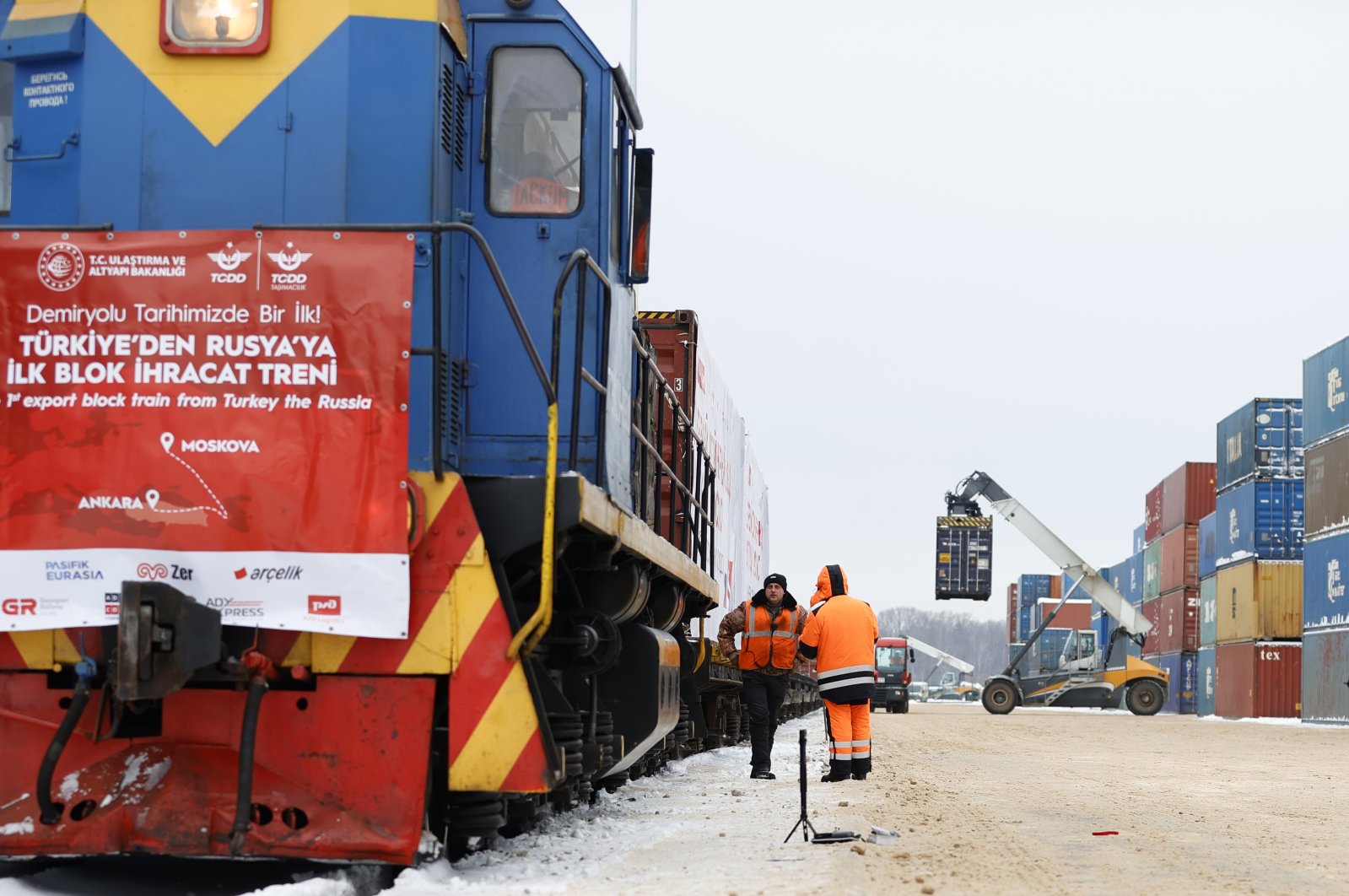 The first block train that departed from Turkey carrying exported goods destined for Russia reached its final stop on Tuesday.

The train left the Turkish capital Ankara on Jan. 29 en route to the Kaluga region near Moscow on the Baku-Tbilisi-Kars (BTK) railway.

It carried around 4,000 units of white goods produced in Turkey by consumer electronics maker Arçelik’s subsidiary Beko in a total of 15 containers in 15 wagons.

Turkey’s ambassador to Moscow, Mehmet Samsar, who spoke at the event organized on the arrival of the export train, said the economic relations between Turkey and Russia constitute a large part of the overall ties between the two countries.

“Those ties are being maintained in every field and are further deepening,” he said.

Samsar stressed that their work regarding reaching the trade target of $100 billion (TL 709.67 billion) put forth by President Recep Tayyip Erdoğan and his Russian counterpart Vladimir Putin continue.

He added that the BTK railway is an important element of the modern-day Silk Road and thus making the export trains using the line important as well.

The BTK rail line connects Azerbaijan’s capital Baku on the Caspian Sea to Turkey’s eastern border city of Kars via the Georgian capital Tbilisi. It also connected to China’s Iron Silk Road that reaches out Europe before traveling through Turkmenistan and Kazakhstan to Baku via train ferries. The trains cross Georgia to enter Turkey via the BTK and then reach the western coast of Turkey before entering Europe.

The Europe-bound rail lines are part of the wider Belt and Road Initiative (BRI) – an ambitious initiative connecting China, Asia, Europe and the Middle East and covering a large trade and investment area – by Beijing.

On Jan. 29, when the Russia-bound export train left Turkey, the country also sent off a third export train to China, which carried boron containers.

The first train using the BTK, which reduces both time and the costs of local exporters, initially hit the tracks on Oct. 30, 2017.