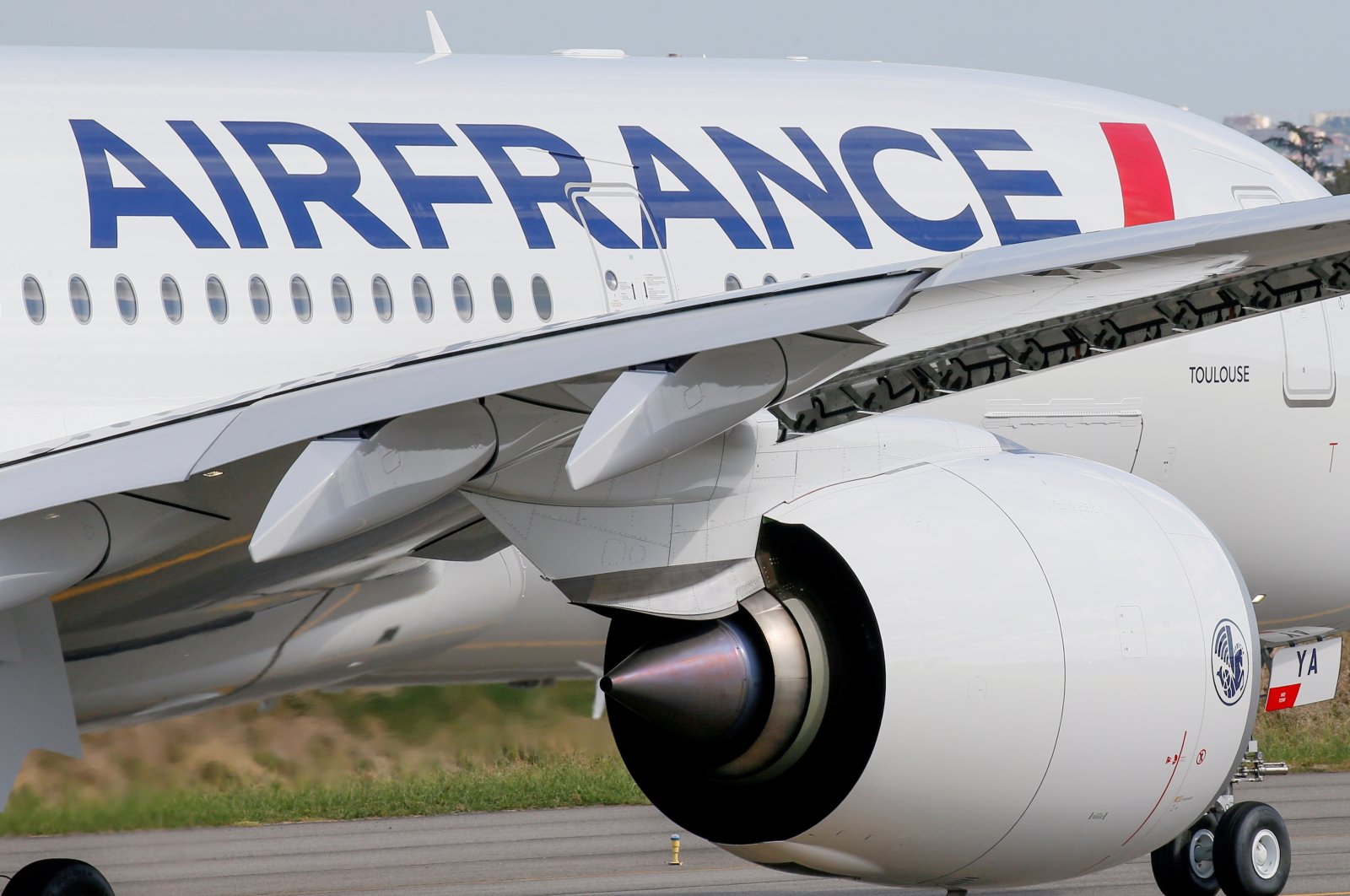 The first Air France Airbus A350 prepares to take off after a ceremony at the aircraft builder's headquarters in Colomiers near Toulouse, France, Sept. 27, 2019. (Reuters Photo)
by French Press Agency - AFP Jun 13, 2021 10:38 am
RECOMMENDED

Suffering an unprecedented crisis amid the COVID-19 outbreak and dealing with climate change concerns, the airline industry expects passenger volume to return to pre-pandemic levels in the next two years.

In its latest look at trends for the sector, the International Air Transport Association (IATA) said it doesn't expect world air traffic to resume to its pre-pandemic level before 2023.

That is, however, a drop of one billion passengers from IATA's pre-crisis forecast.

Nevertheless, that will be good news for both airlines and aircraft manufacturers, who were among the most financially affected by coronavirus pandemic restrictions.

Aircraft manufacturers have already begun to adjust their long-term production plans according to the forecasts.

Airbus has already announced its plans to step up the manufacturing cadence of its best-selling A320 single-aisle aircraft and should reach a record level in 2023.

Boeing, for its part, forecasts that airlines will need 43,110 new aircraft through 2039, which will result in a near doubling of the global fleet. Asia alone will account for 40% of that demand.

As with the Sept. 11 attacks or the global financial crisis of 2007-2009, "the industry will prove resilient again," Darren Hulst, vice president of marketing at Boeing, said last year.

Marc Ivaldi, research director at the Paris-based School for Advanced Studies in the Social Sciences, noted that only 1% of the world population currently uses air travel.

"With the simple demographic rise and the fact that people become richer, there will be rising demand for air travel and thus for aircraft," he told Agence France-Presse (AFP).

If the biggest aircraft fleets are currently in the United States and Europe, the biggest increases are expected in Asia and the Middle East, the consulting firm Oliver Wyman said in a recent study.

Airbus delivered 19% of its planes to China, more than the U.S., and this trend is not expected to change.

In many emerging countries where the middle class is expanding, air travel is becoming possible for more and more people.

"Among Asia's emerging nations, one of the greatest aspirational goals is simply the ability to fly internationally," said the Center for Aviation (CAPA).

"It is a sign of social and economic maturity and permits experiences which were unthinkable for their parents."

It noted that these people were unlikely to share the growing sentiment among some people in the West towards reducing air travel to reduce one's carbon footprint.

"For these new would-be flyers, the whole concept of 'flight shaming' at a grassroots level is grossly alien," said CAPA.

"Consequently, in Asia, flight shaming is unlikely to gain much traction," it added.

The "flight shaming" or "flygskam" movement took off in Sweden in 2018 to challenge the growing popularity of air travel, which had boomed in Europe thanks to budget airlines that made weekend getaways across the continent affordable to a wider public.

In 2019, air traffic declined by 4% in Sweden – but it hit a record across Europe, according to the air traffic control body Eurocontrol.

"Someone who makes one flight per year in a plane, do you really believe that they will say that it is too polluting and give it up?" he said.

But countries like Sweden have begun to reintroduce night trains to give travelers greener options to travel.

France, which is boosting its night trains, is also cutting domestic flights when it is possible to make the journey by train in under two and a half hours.

Ivaldi believes that to be a largely empty gesture as fast trains have already taken most of the market on such routes.

The air sector has pledged to cut its carbon emissions in half by 2050 from their level in 2005.

Airlines have an economic incentive to do so, as adopting more fuel-efficient planes reduces operating costs.