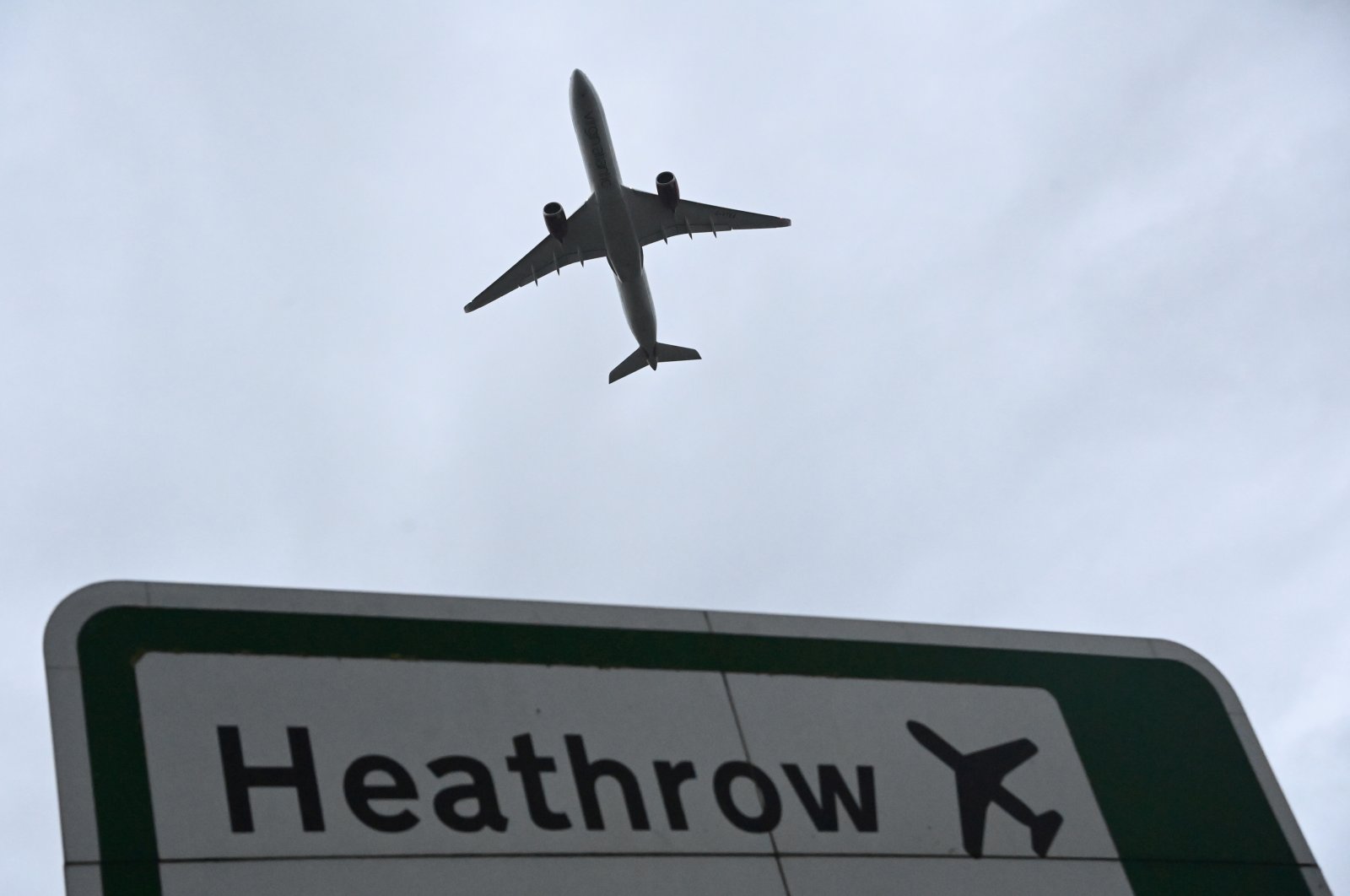 An aircraft takes off from Heathrow Airport amid the spread of the coronavirus disease (COVID-19) pandemic in London, Britain, Feb. 4, 2021. (Reuters Photo)
by REUTERS Jun 20, 2021 12:04 pm
RECOMMENDED

Britain's airlines and holiday companies are planning a "day of action" on Wednesday to ramp up pressure on the government to ease travel restrictions, with just weeks to go before the start of the peak summer season.

Travel companies, whose finances have been stretched to the breaking point during the pandemic, are desperate to avoid another summer lost to COVID-19. But with Britain's strict quarantine requirements still in place that now looks likely.

As the clock ticks down to July, Europe's biggest airline Ryanair and the Manchester Airports Group on Thursday launched legal action to try to get the government to ease the rules before the industry's most profitable season starts.

On Wednesday, June 23, pilots, cabin crew and travel agents will gather in Westminster, central London, and at airports across Britain to try to drum up support.

Britain's aviation industry has been harder hit by pandemic restrictions than its European peers, according to data published by pilots trade union BALPA on Sunday.

That showed daily arrivals and departures into the United Kingdom were down 73% on an average day earlier this month compared to before the pandemic, the biggest drop in Europe. Spain, Greece and France were down less than 60%.

U.K. airports were also badly affected, with traffic in and out of London's second busiest airport Gatwick down 92%, according to the data.

Time is running out for the industry, said the union.

"There is no time to hide behind task forces and reviews," said BALPA general secretary Brian Strutton.

"BALPA is demanding that the U.K. Government gets its act together and opens the U.S. routes and European holiday travel destinations that it has blocked with no published evidence at all."

Over 45,000 jobs have already been lost in U.K. aviation, with estimates suggesting that 860,000 aviation, travel and tourism jobs are being sustained only by government furlough schemes.