Airlines place their bets, looking past pandemic to renew fleets 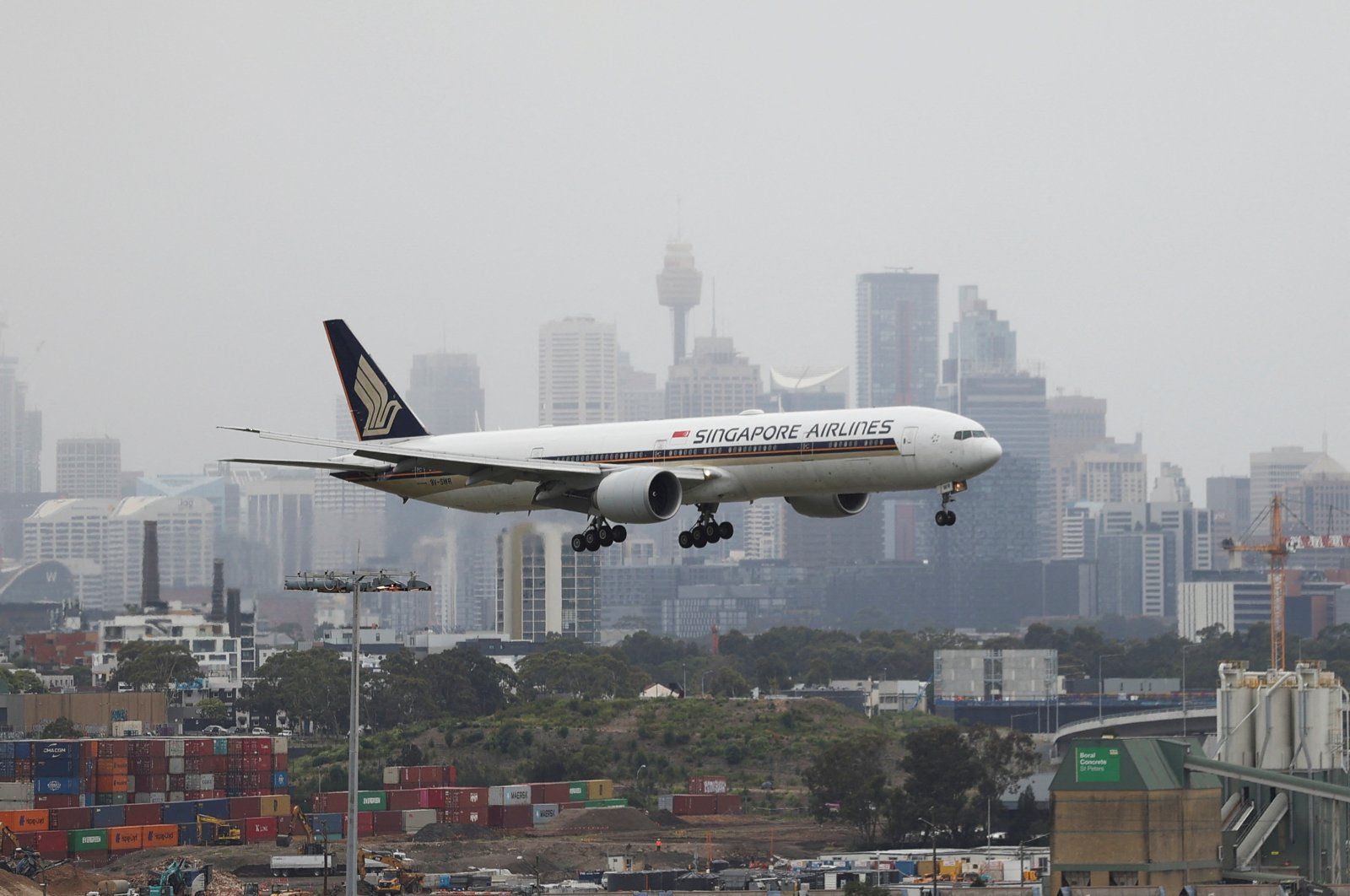 A Singapore Airlines plane arriving from Singapore lands at the international terminal at Sydney Airport, in Sydney, Australia, Nov. 30, 2021. (Reuters Photo)
by REUTERS Dec 16, 2021 10:14 am
RECOMMENDED

As the world hunkers down for new COVID-19 variant, omicron, some investors might expect the global jet market to be withering away. Far from it.

Business has begun humming again as airlines look to snap up the greener passenger and freight planes, they believe will give them an edge in a post-pandemic recovery driven by predicted travel demand plus the relentless rise of online shopping.

From Arizona to Amsterdam, some of the industry's sharpest buyers are eyeing efficient jets for the second half of the decade, aiming to get ahead of the long waiting lists they fear could derail their growth and environmental targets.

On Wednesday, Singapore Airlines kicked off a trio of major decisions, with a tentative order to replace its cargo fleet with a new A350 lightweight freighter offering from Airbus.

Australia's Qantas Airways on Thursday selected Airbus to replace its fleet of ageing narrowbodies in what Chief Executive Alan Joyce has described as a "one-in-a-generation" decision that involved a switch from Boeing.

The European planemaker also looks likely to seize a narrowbody order from Dutch airline KLM as early as Thursday.

"People are thinking about long-term fleet plans and especially about ESG (environmental, social and governance)," said Rob Morris, global head of consultancy at Ascend by Cirium.

"It's a case of: 'If I don't think about my replacement cycle now, am I going to get left behind'," he added.

Airbus and Boeing are sold out on benchmark medium-haul models until mid-decade after a previous, much larger order boom that was losing momentum when the pandemic wreaked havoc.

But with such long lead times before jets can be delivered, the focus is now turning towards the second half of the decade and a move to get in the front of the queue for future capacity.

"It's a buyer's market and a great time to take advantage of that," said aviation consultant Brendan Sobie.

Some were skeptical, noting the PR value of such events. But others said the delivery dates pointed to a preemptive strike.

"It is pretty obvious that ESG considerations are going to be critical through this cycle. There is a bit of a feeding frenzy again with people worried they will not be able to get enough slots," Morris said.

Not everyone is hungry for new capacity. Singapore Airlines cancelled some orders for passenger jets even as it ordered its new freighters. Asia is expected to be among the slowest regions to recover.

Nonetheless, combined gross orders for Airbus and Boeing jets have trebled to 1,439 in the first 11 months of the year, compared to the pandemic-depressed levels of a year ago, lifted also by a surge in demand for the Boeing 737 MAX after it was cleared to fly following a safety ban.

That figure is about 200 higher than at the same point of 2018, the last year of data undisturbed by the MAX crisis.

Whether investors who are gambling on buying new jets are proved right depends on factors that remain difficult to gauge, though. They include global travel demand, China's tight border controls and the impact of the omicron variant, analysts warn.

Eamonn Brennan, director general of air traffic control agency Eurocontrol, cautioned that any delay in reopening China's massive market beyond the fourth quarter of next year could delay the whole aviation recovery by a year.

Planemakers are playing up emissions savings of 15% compared to most earlier models as the industry strives to reach a target of net zero emissions by 2050. In the near term, the industry is otherwise reliant on energy firms to make more sustainable fuel.

Frontier Airlines CEO Barry Biffle stressed the benefits of locking in those savings soon, rather than waiting for 2050, as he took part in the Indigo Partners order in Dubai.

A possible green order wave comes with new risks for some companies in the aviation industry, however.

The combination of pent-up demand from the pandemic and pressure from investors and customers – especially in Europe – to curb emissions could drive the previous generation out of service sooner than expected and upset industry economics.

That would be a pay-day for manufacturers who rely mainly on selling new product, but a blow for leasing and engine firms whose profits are spread over the whole life of a jet.

Olivier Andries, head of French engine maker Safran, told reporters earlier this month that the average retirement age of single-aisle jets could fall to 20 or more years from 23 years once the dust settles from the pandemic.