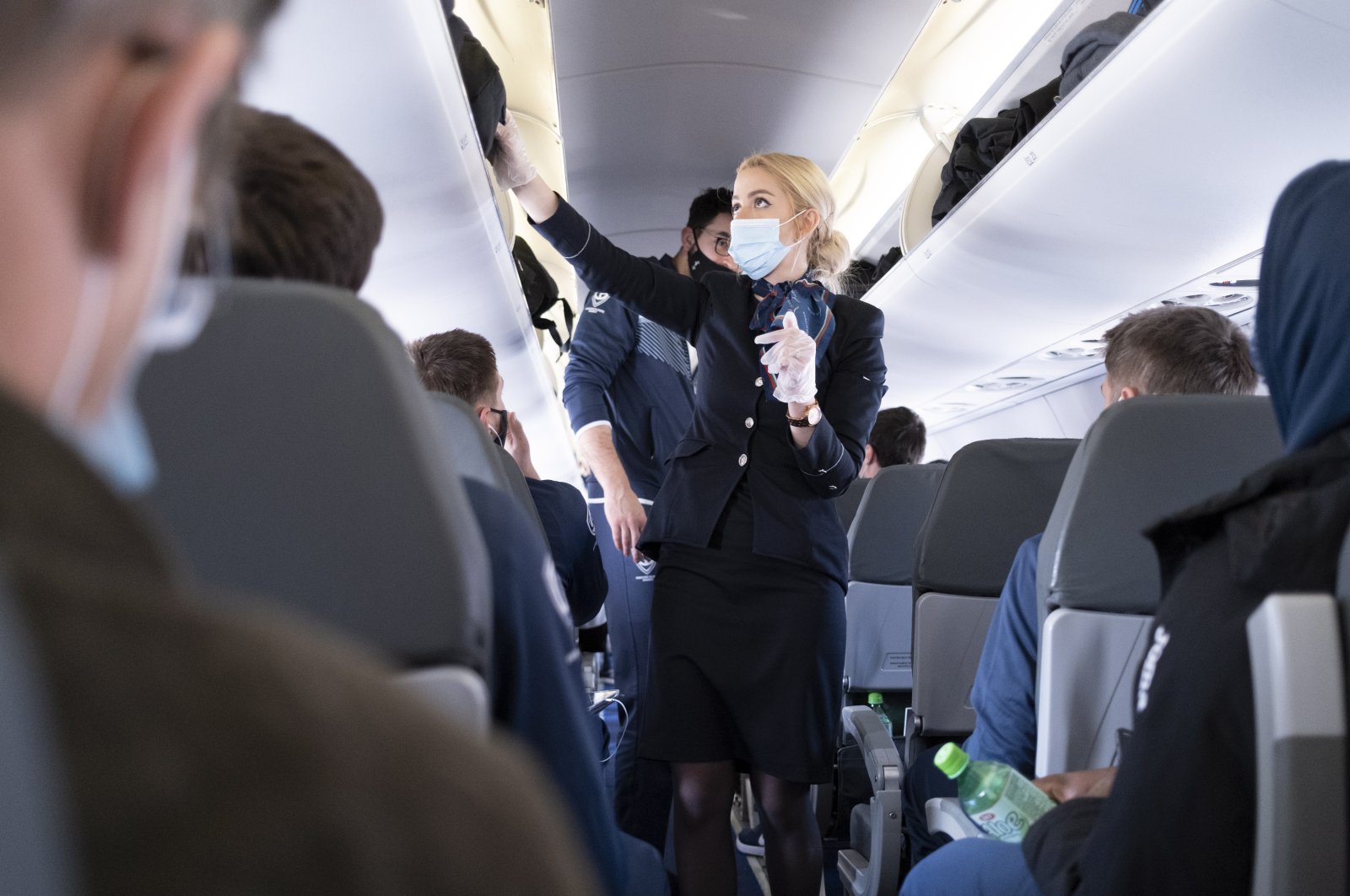 Videoconference meetings are among the changes that the COVID-19 outbreak has brought to our lives, while a new survey shows the habit may stay in the post-pandemic period, likely to reduce business flights in the long term.

A YouGov poll for the philanthropic group European Climate Foundation, which supports a goal of zero emissions, showed Monday that four in 10 European business travelers plan to fly less after COVID-19 travel restrictions are fully lifted with many intending to stick to videoconferences.

"Flying for business meetings burns up time and money, as well as our climate," said Alethea Warrington, campaigner at climate action charity Possible, which was not involved in the poll.

"This polling shows that after a year of quick and easy virtual meetings, travelers are not planning to go back to business as usual."

Looking ahead, 40% of some 1,400 poll respondents said they would take fewer business flights when restrictions were lifted entirely, 38% would return to the same frequency, 13% would take more flights and 5% said they would stop flying for business.

The aviation industry has been hammered by new COVID-19 restrictions and is also coming under increasing pressure from climate campaigners to reduce its carbon footprint. Airline emissions, which are 2.5% of the global total, are set to triple by 2050.

After companies banned or severely restricted movements to protect staff and save on costs, flight bookings are starting to pick up with vaccine rollouts, but leading industry groups expect business travel to take years to recover globally.

Restrictions on air travel had no effect on job productivity for 55% of respondents – who were based in Britain, Denmark, Spain, France, the Netherlands, Sweden and Germany – worsened it for 26% and improved productivity for 19%.

With the rise in the use of video-calling software such as Zoom and Microsoft Teams over the last year, 42% of business travelers said they would fly less, 42% would fly just as often and 11% would fly more.

Four in 10 said their company was actively trying to reduce its emissions from air travel, while almost six in 10 said they were willing to downgrade from first or business class to economy to reduce their climate impact.