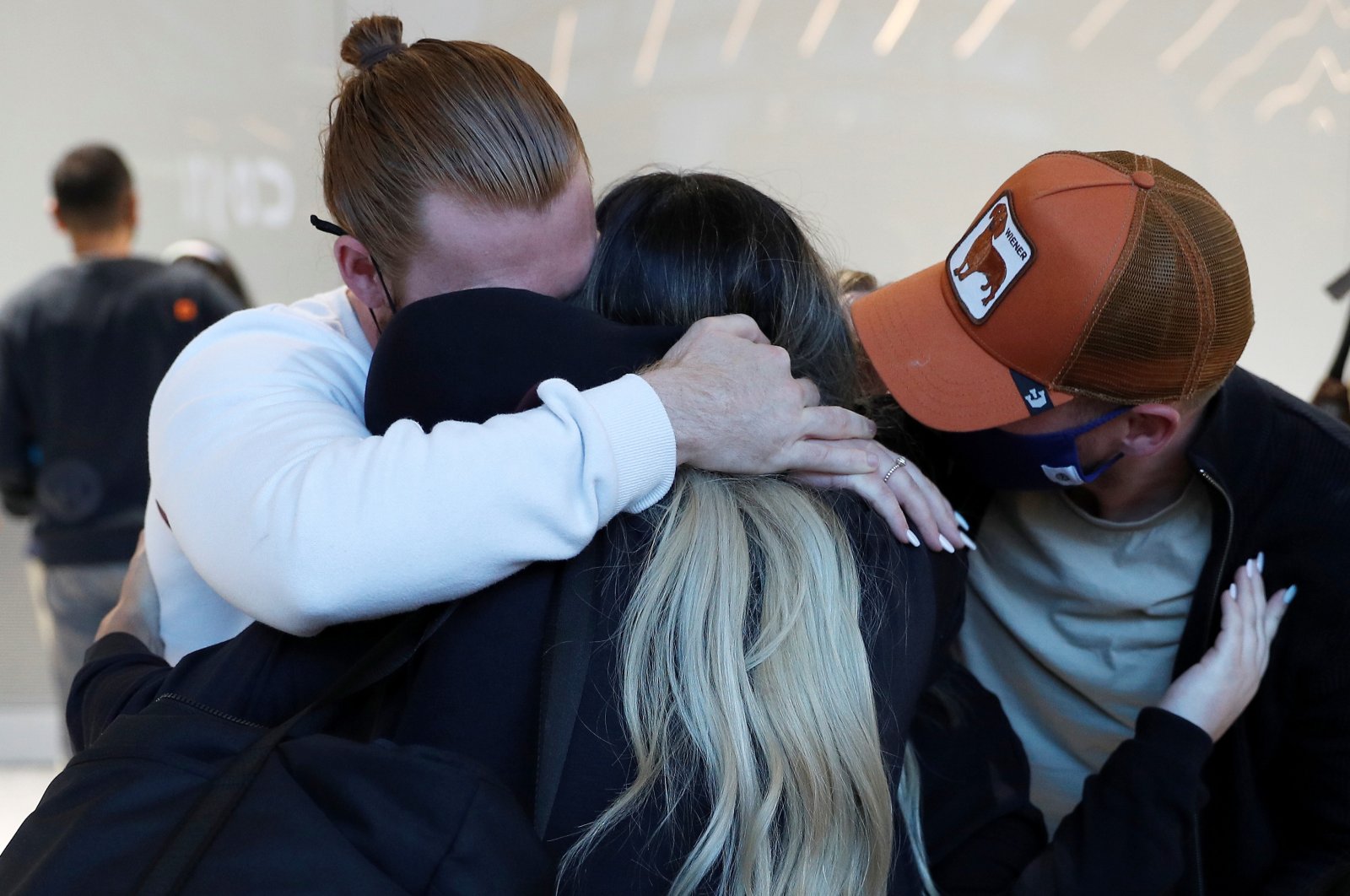 After the United Kingdom lifted quarantine rules for arrivals from European Union and the United States, families and friends were finally reunited at London's Heathrow Airport on Monday following 18 months of separation.

"Very, very excited. It means the world," said Sue Blake, as she waited to greet her son, daughter-in-law and grandson who had flown in from New York and who she last saw two years ago.

"It's a big chunk of his life and I'm so thrilled for him that he can come here," she said of the eight-year-old.

Watching the hugs and tears in the arrivals hall, Heathrow's boss urged Britain to remove barriers to travel, not add to them, amid speculation that the government was poised to impose more rules.

Britain, where the death toll from the coronavirus pandemic has nearly reached 130,000, reopened its borders to large parts of the world on Monday, scrapping quarantine for fully vaccinated arrivals from the European Union, excluding France and the United States.

The move was welcomed by families divided by the pandemic and airlines strained by it.

She and her husband had come to London to deliver some happy news to his parents.

"It's been a really long time and, actually, I'm pregnant with my in-law's first grandchild, so it's really exciting to finally be able to be here and share that news with them."

For travelers from Britain's closest neighbor France, who must still quarantine on arrival in Britain due to London's concerns over COVID-19, the opening up for other countries stung.

"It's a bit scandalous for the French," said Alain Jourdain, just before he boarded a Eurostar train from Paris to London, where he will need to spend 10 days in isolation in order to see his children. He last saw them in 2019.

"It's very complicated, in particular all the paperwork to fill for the U.K. government."

And it could get more complicated. The travel industry now faces a new headache with the government set to issue a COVID-19 warning against holidays to Spain, according to the Times newspaper.

"We just need to keep things simple. We need to build confidence in travel," Holland-Kaye said when asked about the reports of another rule change.

Britain has one of the fastest vaccination programs in the world but the government has prevented the travel industry from bouncing back because of its maze of rules and track record for making last-minute changes.

Spain could go on a new category of risk – the "amber watchlist" – meaning it could be upgraded to "red" at short notice, with arrivals having to quarantine in hotels.