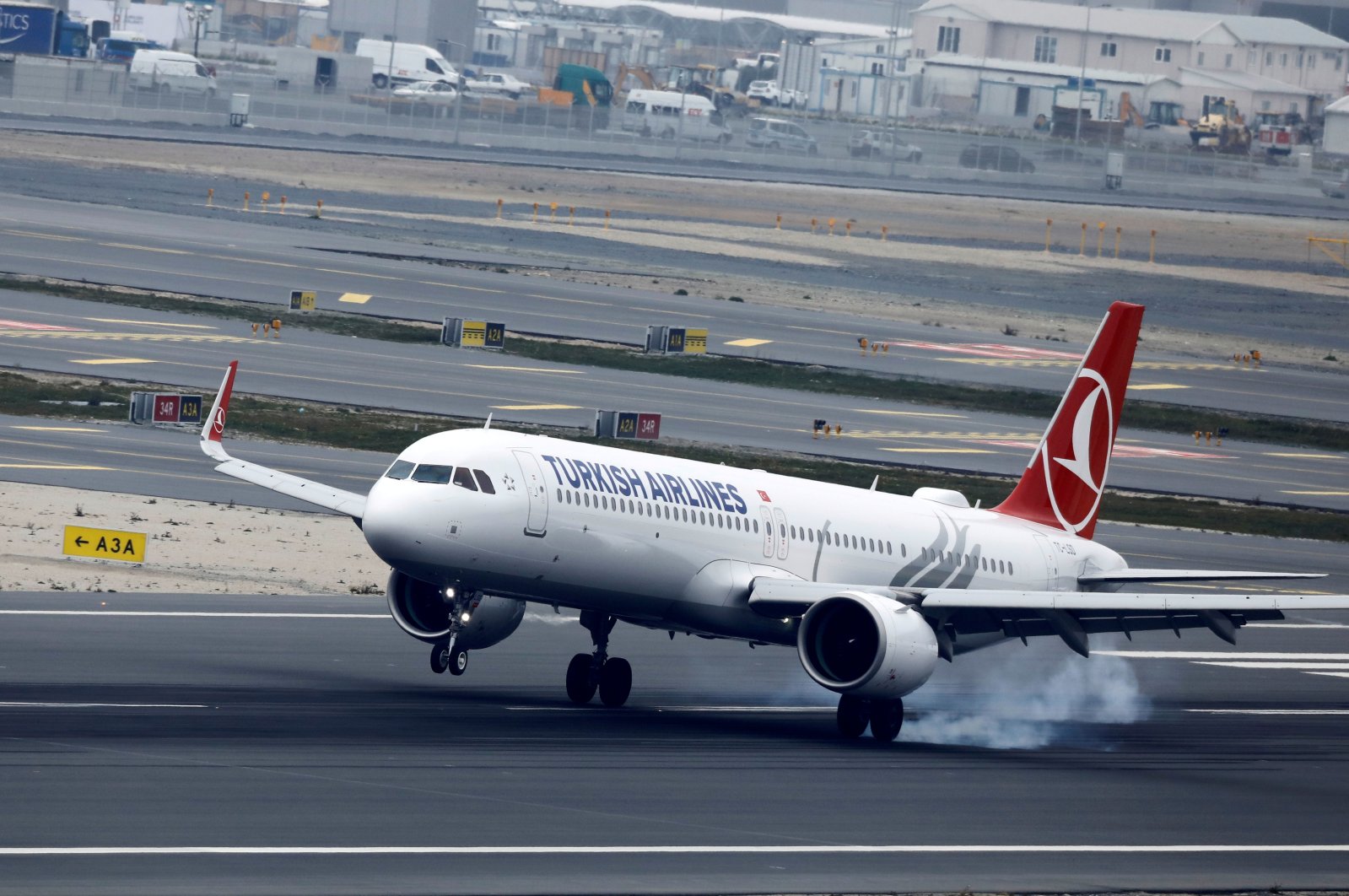 National flag carrier Turkish Airlines (THY) carried nearly 2.4 million passengers in April, according to a statement made to Turkey's Public Disclosure Platform on Tuesday.

Last month's figure was down 60% compared to the pre-pandemic period in April 2019, the airline data showed.

Passenger load factor, or seat occupancy, declined from the same period in 2019 by 24.6 percentage points to 58.5% this April.

In the first four months of this year, the national carrier’s total number of passengers was around 8.7 million, down 61.4% compared to 2019.

THY has become one of the first major airline companies to register a profit this year as cargo revenues helped weather a steep drop in passenger numbers. The carrier has posted a first-quarter net profit of $61 million (TL 438 million), reversing analyst estimates that expected a loss of around TL 350 million.

The carrier had registered a loss of some TL 2 billion in the same period a year ago.

Founded in 1933, THY served 28 million passengers last year with a seat occupancy rate of 71% amid the coronavirus-related travel restrictions and national border closures.