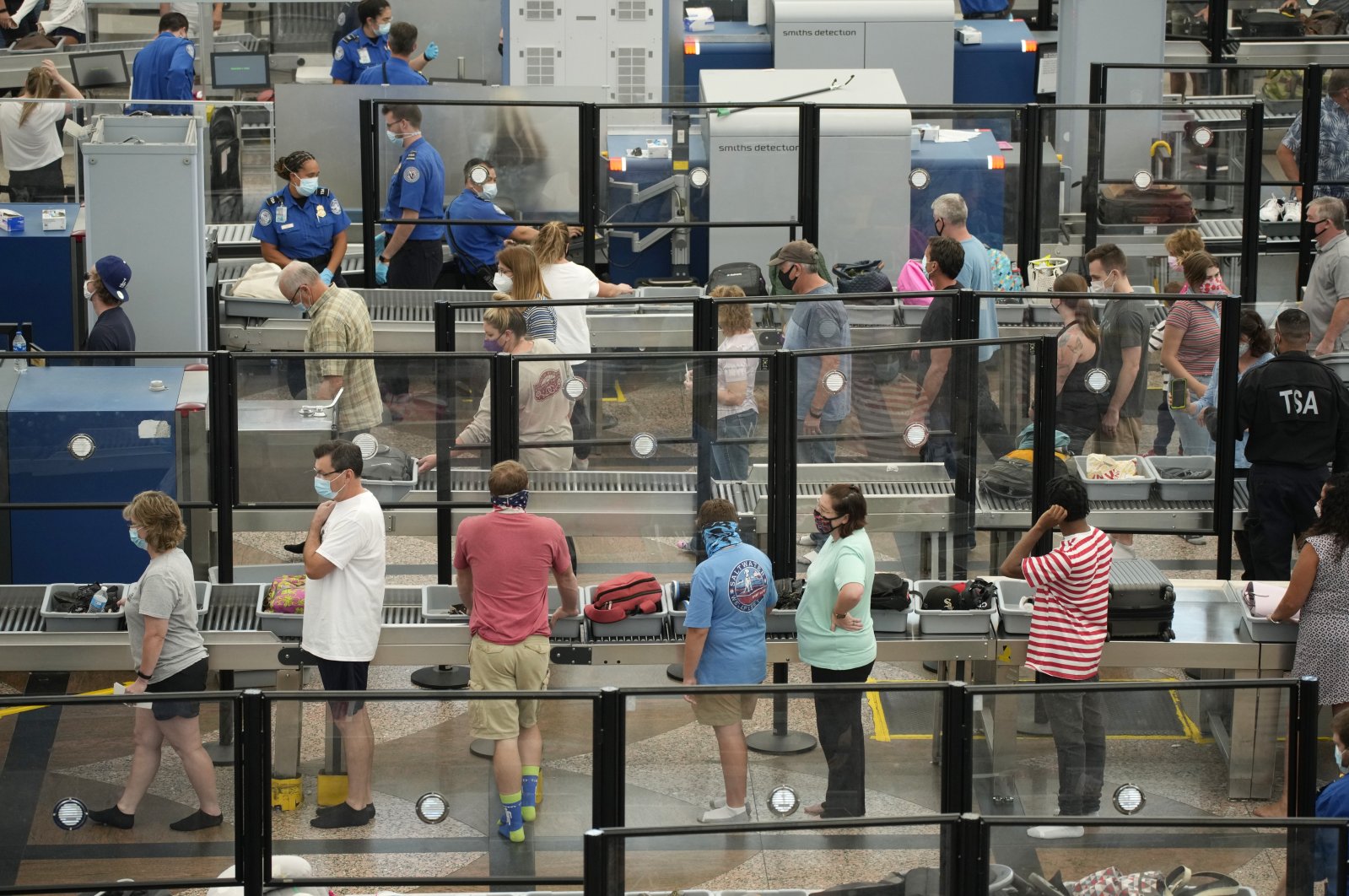 Are you old enough to have been on a plane before Sept. 11, 2001? If so, you probably remember what flying was like at the time.

There was security screening, but it wasn’t anywhere near as intrusive. There were no long checkpoint lines. Passengers and their families could walk right to the gate together, postponing goodbye hugs until the last possible moment. Overall, an airport experience meant far less stress.

That all ended when four hijacked planes crashed into the World Trade Center towers, the Pentagon and a field in Pennsylvania.

The worst terror attack on American soil led to increased and sometimes tension-filled security measures in airports across the world, aimed at preventing a repeat of that awful day. The cataclysm has also contributed to other changes large and small that have reshaped the airline industry – and, for consumers, made air travel more stressful than ever.

Two months after the attacks, President George W. Bush signed legislation creating the Transportation Security Administration (TSA), a force of federal airport screeners that replaced the private companies that airlines were hiring to handle security. The law required that all checked bags be screened, cockpit doors are reinforced and more federal air marshals be put on flights.

There has not been another 9/11. Nothing even close. But after that day, flying changed forever.

Here's how it unfolded.

Security measures evolved with new threats, and so travelers were asked to take off belts and remove certain items from their bags for scanning. Things that clearly could be wielded as weapons, like the box-cutters used by the 9/11 hijackers, were banned. After “shoe bomber” Richard Reid's attempt to take down a flight from Paris to Miami in late 2001, footwear started coming off at security checkpoints.

Each new requirement seemed to make checkpoint lines longer, forcing passengers to arrive at the airport earlier if they wanted to make their flights. To many travelers, other rules were more mystifying, such as limits on liquids because specific ones could possibly be used to concoct a bomb.

“It's a much bigger hassle than it was before 9/11 – much bigger – but we have gotten used to it,” Ronald Briggs said as he and his wife, Jeanne, waited at Dallas/Fort Worth International Airport for a flight to London last month. The north Texas retirees, who traveled frequently before the pandemic, said they are more worried about COVID-19 than terrorism.

“The point about taking shoes off because of one incident on a plane seems somewhat on the extreme side," Ronald Briggs said, "but the (TSA) PreCheck works pretty smoothly, and I've learned to use a plastic belt so I don't have to take it off.”

The long lines created by post-attack measures gave rise to the TSA PreCheck and Global Entry “trusted-traveler programs" in which people who pay a fee and provide certain information about themselves pass through checkpoints without removing shoes and jackets or taking laptops out of their bag.

But that convenience has come at a cost: privacy.

On its application and in brief interviews, TSA PreCheck asks people about basic information like work history and where they have lived, and they give a fingerprint and agree to a criminal-records check. Privacy advocates are particularly concerned about ideas that the TSA has floated to also examine social media postings (the agency's top official says that has been dropped), press reports about people, location data and information from data brokers including how applicants spend their money.

“It's far from clear that has any relationship to aviation security,” says Jay Stanley, a privacy expert at the American Civil Liberties Union.

More than 10 million people have enrolled in TSA PreCheck. The TSA wants to raise that to 25 million.

The goal is to let TSA officers spend more time on passengers considered to be a bigger risk. As the country marks the 20th anniversary of the attacks, the administration's work to expand TSA PreCheck is unfolding in a way privacy advocates worry could put people's information at more risk.

At the direction of Congress, the TSA will expand the use of private vendors to gather information from TSA PreCheck applicants. It currently uses a company called Idemia, and plans by the end of the year to add two more – Telos Identity Management Solutions, and Clear Secure Inc.

CLEAR, which recently went public, plans to use TSA PreCheck enrollment to boost membership in its own identity-verification product by bundling the two offerings. That will make CLEAR's own product more valuable to its customers, which include sports stadiums and concert promoters.

“They are really trying to increase their market share by collecting quite a lot of very sensitive data on as many people as they can get their hands on. That strikes a lot of alarm bells for me,” says India McKinney, director of federal affairs for the Electronic Frontier Foundation, an advocacy group for digital rights.

TSA Administrator David Pekoske, though, sees CLEAR's strategy as helping the TSA, explaining: “We have allowed the vendors to bundle their offerings together with the idea that would be an incentive for people to sign up for the trusted-traveler programs."

TSA officials told privacy advocates earlier this year that those kiosks will also pull photos taken when the traveler applied for TSA PreCheck, McKinney says. That concerns her because it would mean connecting the kiosks to the internet – the TSA says that much is true – and potentially exposing the information to hackers.

Despite the trauma that led to its creation, and the intense desire to avoid another 9/11, the TSA itself has frequently been the subject of questions about its methods, ideas and effectiveness.

Flight attendants and air marshals were outraged when the agency proposed in 2013 to let passengers carry folding pocket knives and other long-banned items on planes again. The agency dropped the idea. And after another outcry, the TSA removed full-body scanners that produced realistic-looking images that some travelers compared to virtual strip searches. They were replaced by other machines that caused fewer privacy and health objections. Pat-downs of travelers is a constant complaint.

In 2015, a published report said TSA officers failed 95% of the time to detect weapons or explosive material carried by undercover inspectors. Members of Congress who received a classified briefing raised their concerns to Pekoske, with one lawmaker saying that the TSA “is broken badly.”

Critics, including former TSA officers, have derided the agency as “security theater” that gives a false impression of safeguarding the traveling public. Pekoske dismisses that notion by pointing to the huge number of guns seized at airport checkpoints – more than 3,200 last year, 83% of them loaded – instead of making it onto planes.

“There is an awful lot there that people don't see,” Pekoske says. “Rest assured: This is not security theater. It's real security.”

Many independent experts agree with Pekoske's assessment, though they usually see areas where the TSA must improve.

"The TSA is an effective deterrent against most attacks,” says Jeffrey Price, who teaches aviation security at the Metropolitan State University of Denver and has co-authored books on the subject. “If it’s security theater, like some critics say, it’s pretty good security theater because since 9/11 we haven’t had a successful attack against aviation.”

This summer, an average of nearly 2 million people per day have flowed through TSA checkpoints. On weekends and holidays, they can be teeming with stressed-out travelers. During the middle of the week, even at big airports like DFW, they are less crowded; they hum rather than roar. Most travelers accept any inconvenience as the price of security in an uncertain world.

Travel “is getting harder and harder, and I don't think it's just my age,” said Paula Gathings, who taught school in Arkansas for many years and was waiting for a flight to Qatar and then another to Kenya, where she will spend the next several months teaching. She blames the difficulty of travel on the pandemic, not the security apparatus.

“They are there for my security. They aren't there to hassle me," Gathings said of TSA screeners and airport police. "Every time somebody asks me to do something, I can see the reason for it. Maybe it's the schoolteacher in me.”

In 2015, a Russian airliner crashed shortly after taking off from Sharm el-Sheikh in Egypt. American and British officials suspected it was brought down by a bomb.

It was, however, the exception rather than the rule. Even outside the United States, terror attacks on aviation since Sept. 11, 2001, have been rare. Is that because of effective security? Proving a negative, or even attributing it directly to a certain flavor of prevention, is always a dicey exercise.

And then there are the inside jobs.

Those incidents highlight a threat that the TSA needs to worry about – people who work for airlines or airports and have security clearance that lets them avoid regular screening. Pekoske says the TSA is improving its oversight of the insider threat.

“All those folks that have a (security) badge, you’re right, many do have unescorted access throughout an airport, but they also go through a very rigorous vetting process before they are even hired,” Pekoske says. Those workers are typically reviewed every few years, but he says the TSA is rolling out a system that will trigger immediate alerts based on law enforcement information.

With all the different ways that deadly chaos could happen on airplanes after 9/11, the fact remains: Most of the time, it hasn't. The act of getting on a metal machine and rising into the air to travel quickly across states and countries and oceans remains a central part of the 21st-century human experience, arduous though it may be.

And while the post-9/11 global airport security apparatus has grown to what some consider unreasonable proportions, it will never neutralize all threats – or even be able to enforce the rules it has written. Just ask Nathan Dudney, a sales executive for a sporting goods manufacturer in Nashville who says he occasionally forgets about ammunition in his carry-on bag.

Sometimes it’s discovered, he says, and sometimes not. He understands.

“You can’t catch everything,” Dudney says. “They’re doing things to the best of their ability.”