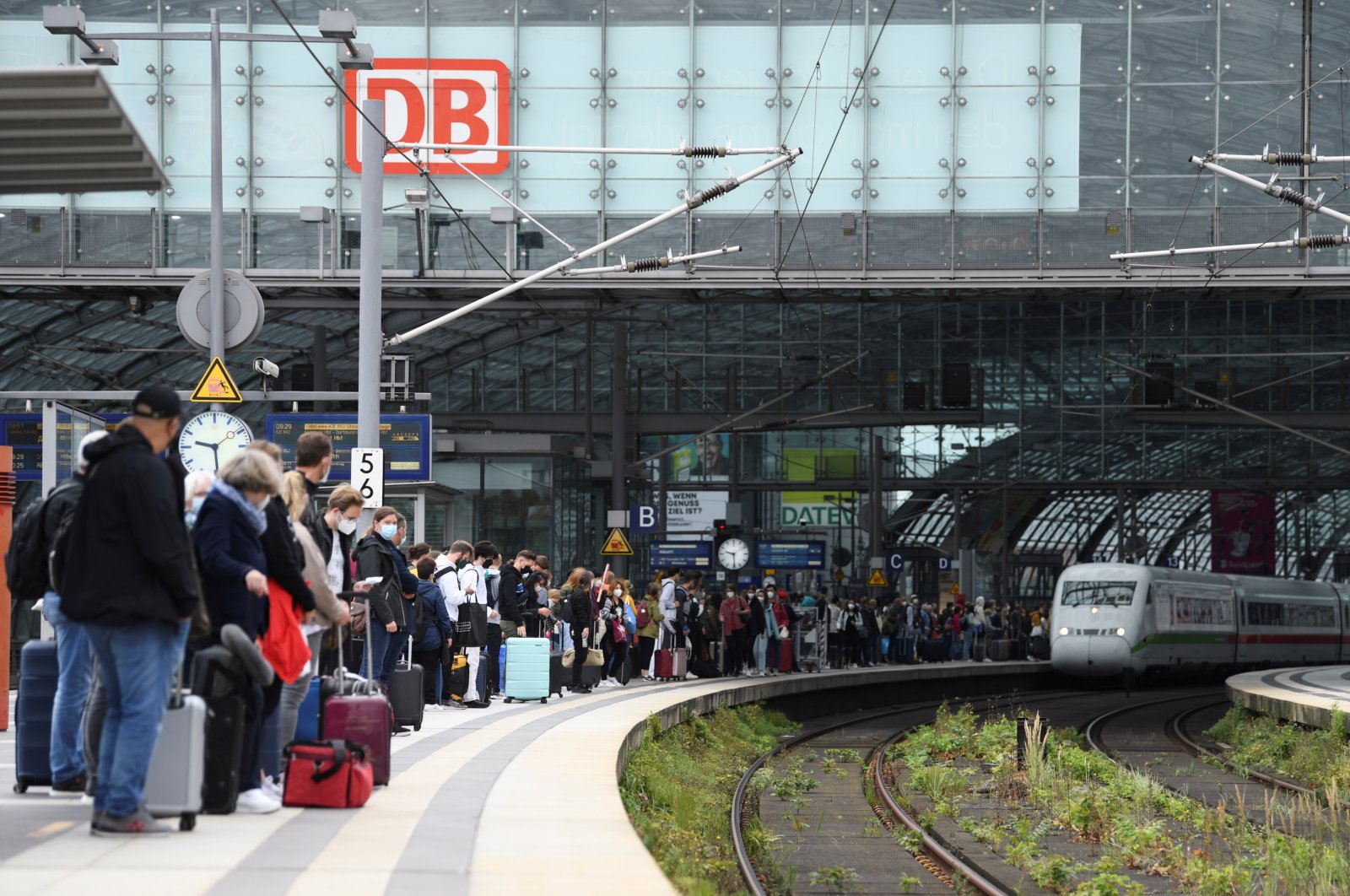 People wait for an arriving train on a platform at Berlin's main railway station during a nationwide rail workers' strike, in Berlin, Germany, Aug. 23, 2021. (Reuters Photo)
by Agencies Aug 23, 2021 10:54 am
RECOMMENDED

Many train drivers with Germany’s national railway walked off the job on Monday as their union embarked on its second two-day strike this month in a bitter dispute with the company, creating headaches for thousands of travelers and commuters.

The strike continued even after the railway operator Deutsche Bahn announced Sunday it was prepared to negotiate a “coronavirus bonus” for this year and called on the German Train Drivers' Union (GDL) to return to the table, an offer the train drivers rejected.

It didn’t specify what exactly it would offer, but Deutsche Bahn personnel director Martil Seiler said the suggestion was “a strong sign of willingness to reach an agreement.”

"With a coronavirus bonus, we have met one of the union's key demands. There is no longer any reason to refuse to return to the negotiating table," Seiler said in a statement.

The union rejected the overture as “another smoke screen” and said it would go ahead with the walkouts regardless.

“With an offer not worth the paper it’s written on, the trickster managers want to deceive passengers and in a targeted way spark anger and frustration against GDL,” the head of the union, Claus Weselsky, said in a statement.

The strike action, announced last week, is the second in a wage dispute between GDL and German rail.

Earlier this month, the union led a walkout after its members voted 95% in favor of the move, following the collapse of talks with Deutsche Bahn.

Deutsche Bahn planned to run about one-quarter of long-distance trains, while about 40% of regional and local services were expected to go ahead.

GDL is at odds with the government-owned Deutsche Bahn, among other things, about when increases should take place and over what period a wage agreement should cover.

Critics of GDL and its combative leader, Claus Weselsky, contend that union rivalry is a significant factor in the dispute. GDL, which traditionally has concentrated on train drivers, is competing with the larger rival union the Railway and Transport Union (EVG) to represent a broader range of railway workers.

Private railway operators, which in Germany operate some regional and a handful of long-distance services, haven't been affected by the strike.