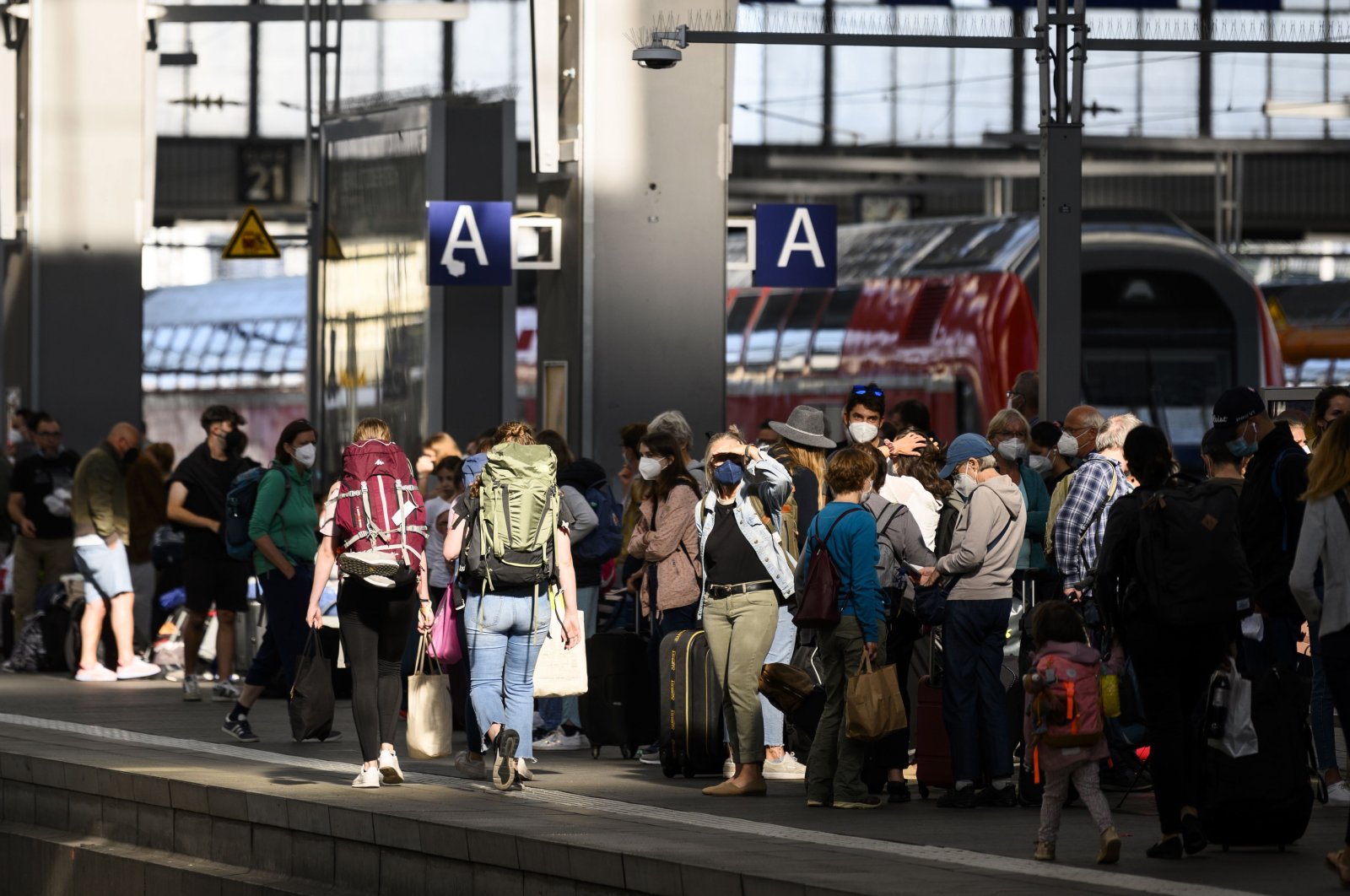 Travelers wait during a warning strike in railway operations in Germany at Central Railway Station in Munich, Germany, Aug. 11, 2021. (EPA Photo)
by Agencies Aug 11, 2021 11:48 am
RECOMMENDED

A nationwide railway workers strike brought large parts of Germany's long-distance and commuter train systems to a standstill Wednesday as vacationers scrambled to remake their travel plans and children in big cities like Berlin squeezed into buses and trams to get to school.

Train operator Deutsche Bahn said that as a result of the two-day strike, only about a quarter of its long-distance trains would run on Wednesday and Thursday. The company urged passengers to refrain from unnecessary travel and said it would lift coronavirus-related restrictions to allow every seat to be booked.

Members of the Gewerkschaft Deutscher Lokomotivführer trade union (GDL) began their strike Tuesday night. The union said that 95% of its members had voted to back the move to press their demand for a salary increase.

Deutsche Bahn has rejected the demands. The company has lost billions since the start of the pandemic and from recent floods that destroyed or damaged numerous railroad tracks.

Eleven of Germany's 16 states are on summer vacation, and travelers are heavily relying on trains to get around. However, customers who have already bought tickets for the coming days can request refunds, Deutsche Bahn said.

The company said that during the strike, priority would be given to connections between Berlin and cities in the west, as well as between Hamburg and Frankfurt.

In Berlin, where schools reopened Monday, children were running late because most of the capital's commuter S-Bahn trains weren't running and streets were jammed because many workers were trying to get to their jobs by car to avoid the strike.

The head of the GDL union, Claus Weselsky, told reporters Tuesday the strike would start with all cargo trains at 7 p.m. (5 p.m. GMT) Tuesday and expand to include passengers trains from 2 a.m. Wednesday until 2 a.m. Friday.

Weselsky told ZDF broadcaster on Wednesday the union will decide next week whether and when to continue its strike.