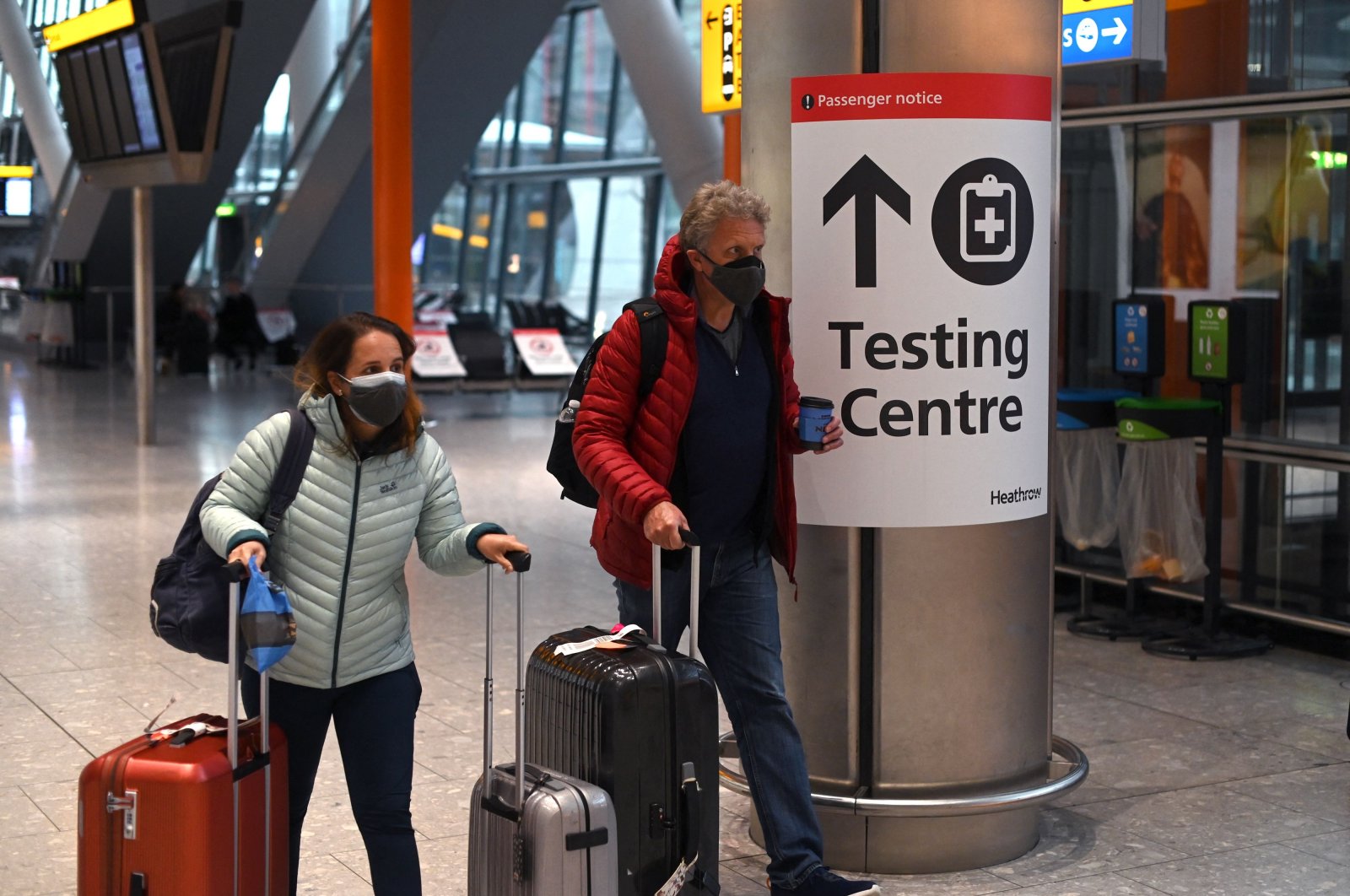 As Britain plans to restart international travel with expensive COVID-19 testing to be required to travel to ‘low-risk green countries,’ airlines have criticized the system, saying this would mean that only wealthy people could take holidays abroad.

Under government proposals, airlines and passengers will not find out until early May whether international travel resumes from May 17, a plan which fell short of industry hopes for clarity.

Airlines and travel companies are desperate for a bumper summer after a year of restrictions. Without a high level of unrestricted travel, some could be left struggling to survive or needing fresh funds.

The government has proposed a traffic light system, with countries falling into red, amber or green categories based on COVID-19 risks. Green countries will require a PCR test which costs about 100 pounds ($135) for travelers once they arrive back in the U.K.

"This does not represent a reopening of travel as promised by ministers," said Airlines UK, an industry body which represents British Airways, easyJet, Ryanair, Virgin Atlantic and others.

"It is a further setback for an industry on its knees."

EasyJet, Britain's biggest airline by passenger numbers, singled out the PCR testing requirement, the cost of which it says is higher than some of its fares, and called on the government to reassess its plan.

"These risks reversing the clock and making flying only for the wealthy," said Johan Lundgren, easyJet's chief executive.

Britons have embraced the era of low-cost travel over the last 20 years and are among Europe's highest-spending tourists. In 2019, more than six in 10 Britons took a foreign holiday.

Transport Minister Grant Shapps said that the government wanted to make testing for travel cheaper and suggested that in time, the PCR test could be changed for a more affordable lateral flow test.

"We are committed as a government to work to drive those costs down, and also in time of course review potentially the type of test," he told the BBC.

The framework for travel will be reviewed at the end of June, July and again in October, the government has said.

"I'm not telling people that they shouldn't book some holidays now," Shapps said. "It's the first time I've been able to say that for many months."

Case numbers in Britain have dropped dramatically since a January peak under a strict lockdown that has banned holidays, but a government priority is to avoid undermining the success of its vaccination program by importing vaccine-resistant variants from overseas.

Under the traffic light system, restrictions such as hotel quarantine, home quarantine and compulsory COVID-19 tests will apply differently depending on which category of country a passenger arrives from.

There will be a "green watchlist" identifying countries most at risk of moving from green to amber, although the government said it would not hesitate to change a country's category should data show risk had increased.

A digital travel certification system would also be part of the plan but the proposals gave few details beyond saying that Britain wanted to play a leading role in developing standards.