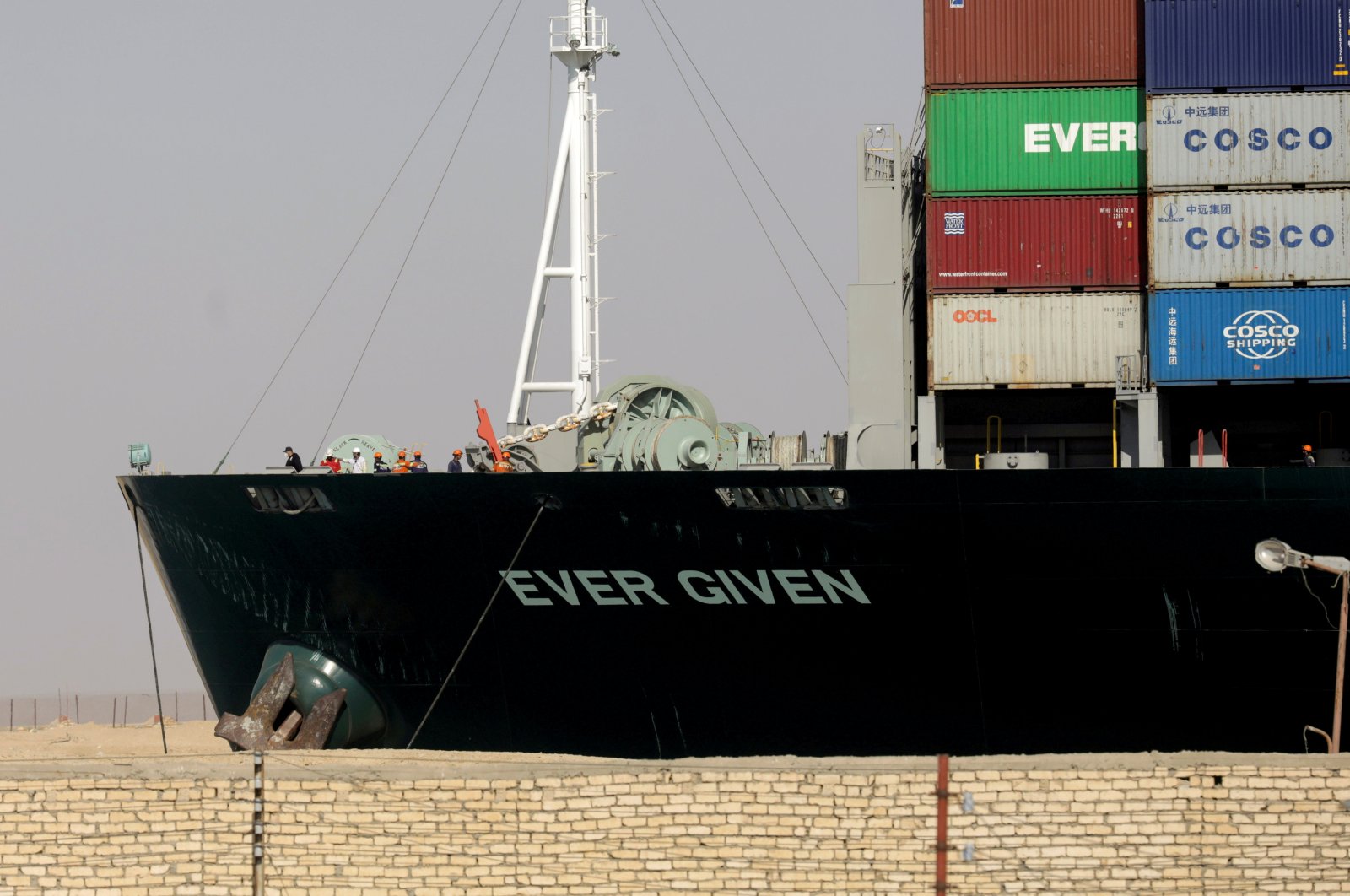 With blame shifting back and forth as the sides seize on any technicality to make their case, the insurer for Ever Given, the container ship that ran aground and blocked the Suez Canal earlier this year, said the operators of the canal were at fault for the ship's excessive speed that day.

The statement from UK Club came after the head of the Suez Canal Authority (SCA) said the ship was sailing too fast when it became grounded, but that the canal bore no responsibility.

The Ever Given, one of the world's largest container ships, is still being held in the canal while both sides continue compensation talks. It became jammed in high winds March 23, halting traffic in both directions for several days and disrupting global trade.

The SCA initially demanded $916 million in compensation from Japanese owner Shoei Kisen, but has since said it would be willing to accept $550 million, including a $200 million deposit to secure the ship's release.

While UK Club said the Ever Given's owners and insurers "fully acknowledge that the SCA is entitled to compensation for their legitimate claims arising out of this incident," it added it was concerned by allegations made against the ship and its master.

"It is important to clarify that whilst the master is ultimately responsible for the vessel, navigation in the Canal transit within a convoy is controlled by the Suez Canal pilots and SCA vessel traffic management services," it said.

"Such controls include the speed of the transit and the availability of escort tugs."

The Ever Given's owners and insurers have disputed the vessel's detention and the compensation claim, and their lawyers have said the SCA was at fault for allowing the ship to enter the waterway and for not providing suitable tugs.

SCA Chairperson Osama Rabie told Reuters last week that the Ever Given was moving at 25 kph (15.5 mph) rather than the appropriate 8-9 kph, that its rudder was not aligned and that it could have chosen not to enter the canal.