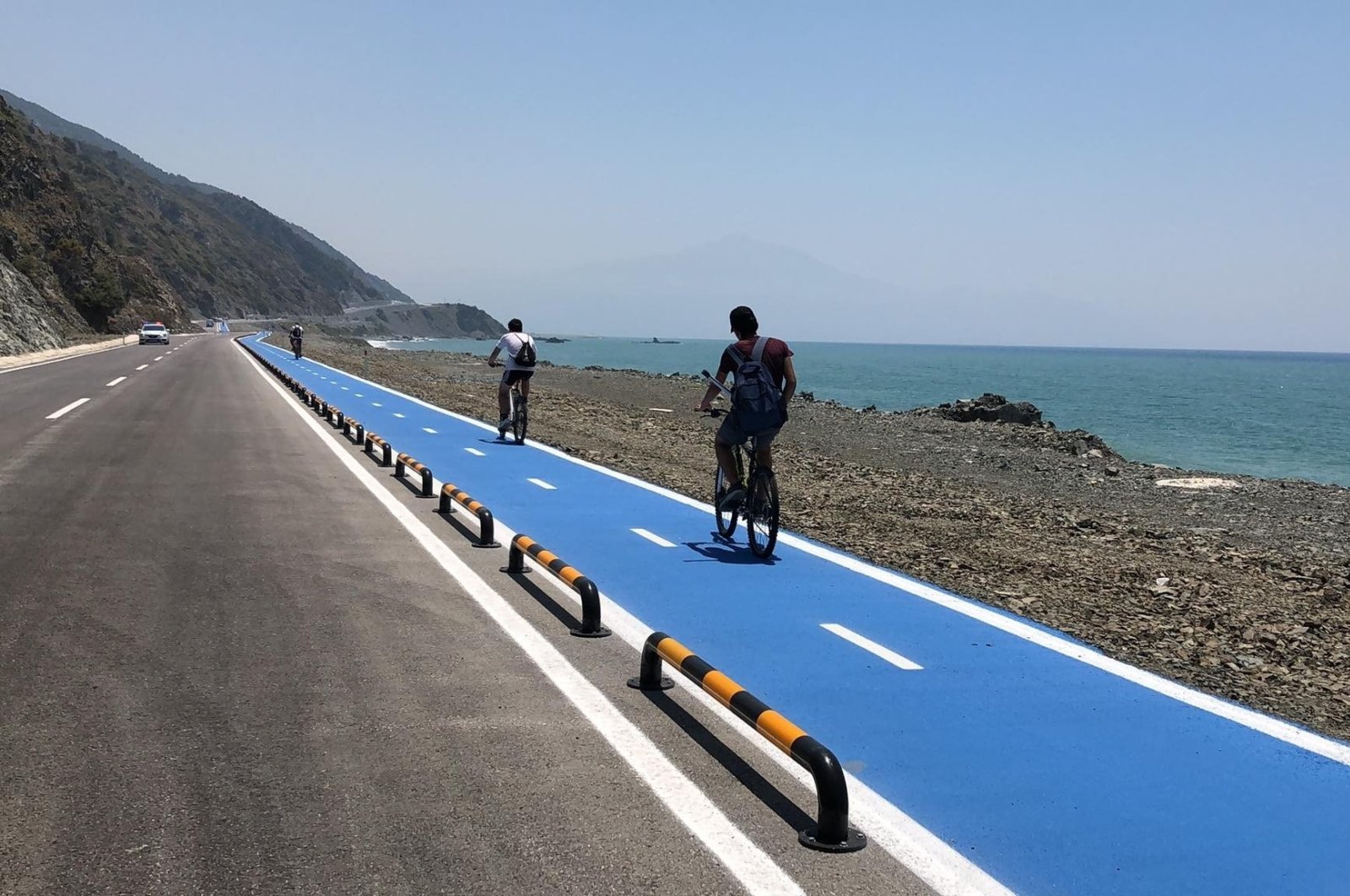 Turkey will roll out a series of financial support mechanisms to encourage the use of bicycles as an environment-friendly alternative to the urban traffic burden, which is especially problematic in a metropolis like Istanbul.

The new mechanisms to be implemented, along with “bicycle-sharing systems,” were included in the recently-released Presidential Annual Program for 2022.

Establishing accessible, safe, time- and cost-effective and sustainable urban transportation systems for the next year is the main goal of those works.

Accordingly, pedestrian zones free from motor vehicles will be created in city centers with historical and cultural attraction points and shopping areas. Within the framework of the Environmentally Friendly Street Project, 12 kilometers (7.5 miles) of motor vehicle-free zones will be established.

Legal and financial support mechanisms will be put into practice to encourage cycling. Under the Bicycle Paths Regulation, financing support will be provided to urban bicycle path projects of 1,000 kilometers in length.

Bicycle sharing projects will be also be implemented if such requests are made by the local municipalities.

Esat Emanet, Chairperson of the Board of the Bicycle Industry Association (BİSED) told Anadolu Agency (AA) that they are very pleased that cycling has found its place in the Presidential Annual Program.

Saying that giving such positive messages from the highest level gives strength to the sector, Emanet emphasized that such projects will contribute to the economy by reducing carbon footprints, as well as having a positive impact on public health as being active contributes to individual health.

Emanet stated that the state demonstrates its positive approach to the program and that this situation increases their responsibilities as a sector.

“Our bicycle industry, which produces and supplies safe bicycles as well as electric ones, is making breakthroughs in exports and supporting project-based initiatives with local governments,” he said.

Emphasizing that public-private cooperation is of vital importance for the sector and also for the exports for the 2030s, Emanet said, "The electric bicycle sales expectation in the European Union alone is 11 million for 2025.”

“Such a great economic value has a potential that cannot be underestimated in production and employment,” the sector official said.

Stating that European manufacturers complain about the Far East dependency in the supplier industry, Emanet further commented that all industrial economies are looking for closer and safer supply centers on the global axis, including with regards to the bicycle industry as well.

“BİSED has been trying to manage the perception of 'Turkish goods and brands' in the best way possible with the fair share of its projections in recent years,” Emanet said. Increasing the locally produced parts in the industry would further boost the sectors’ businesses as well as national interests.

“We are insistent and assertive about the domestic electric bicycle engine and lithium-ion battery,” he said, as they seek to be indispensable for the European Union market.

Expressing that developing bicycle infrastructure will strengthen not only the export of goods but also the export of services, Emanet pointed out that bicycle tourism will have an important place in the sustainable tourism understanding of the near future.