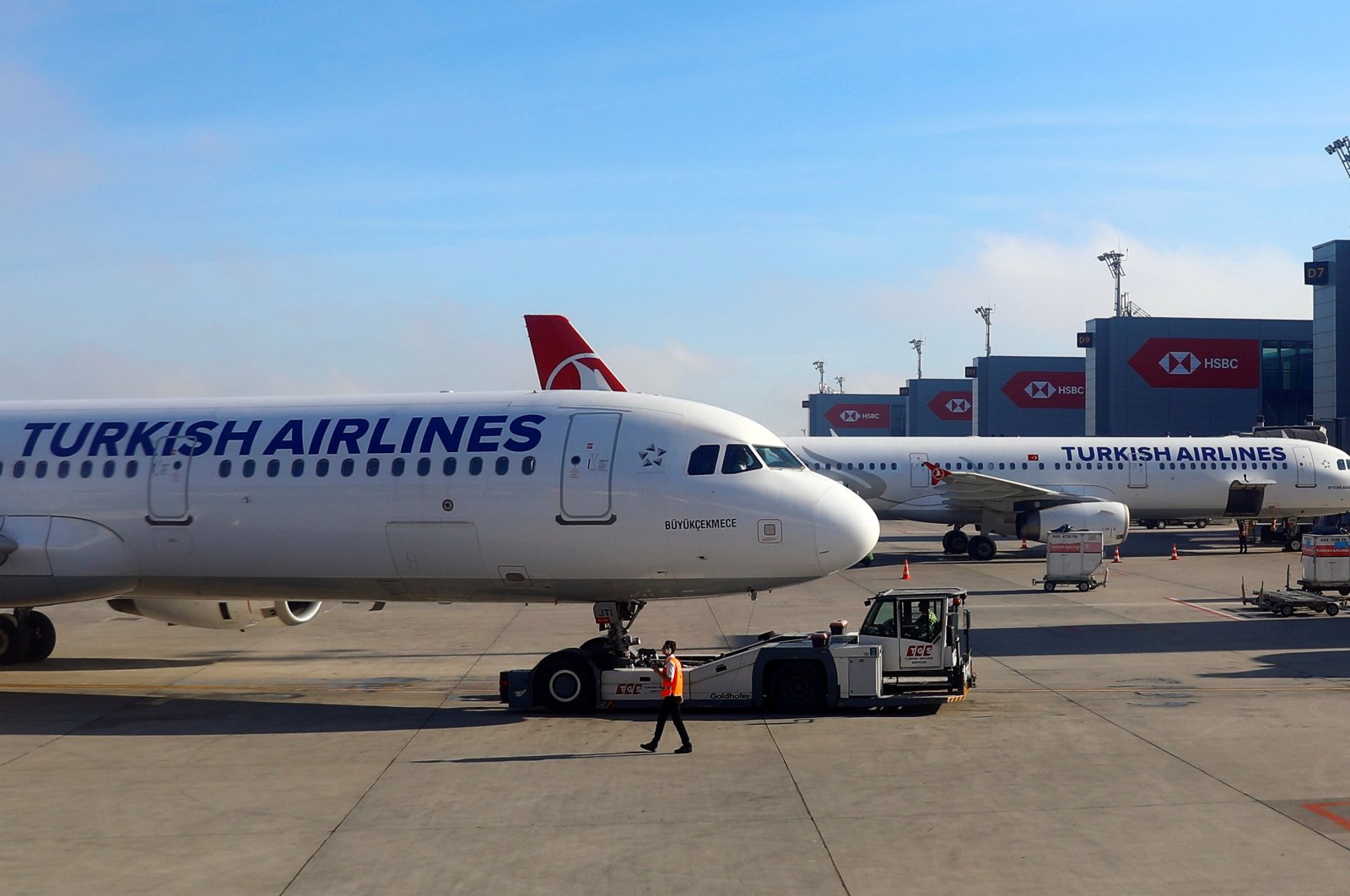 National flag carrier Turkish Airlines (THY) hosted a total of 2 million passengers in January with an occupancy rate of 60.3%, the company said in a statement.

The carrier shared its traffic data for the January 2021 period with the Public Disclosure Agency (KAP). In the same period of 2020, the airline hosted 5.7 million passengers.

The initial shock of the COVID-19 outbreak last year challenged the global airline industry. Despite the expected recovery having gained momentum at the start of the year driven by vaccination hopes, the new variants of the virus have triggered fresh concern for the sector. Virus restrictions pushed the industry near the breaking point, and the flag carrier posted a net loss of TL 946 million ($135.74 million) in the third quarter, compared with a profit of TL 3.71 billion a year ago.

Analysts expected the company to log a net loss of TL 1.42 billion for the period in question.

According to analysts, deferred tax revenues and grant loan revenues related to increased aircraft and engine purchases were effective in the loss that came in below expectations.

THY CEO Ilker Aycı, meanwhile, said earlier that the new financial data to be announced in March will show that the company fared better than its peers.

He emphasized that THY managed its cash flow well, noting that it closed 2020 with a similar sum of cash to the year before the health crisis. Aycı assured that positive results would come and would especially be evident in the company's main activity figures.

The CEO said many airlines saw up to a 50% drop in value due to the pandemic, stressing that the figure for Turkish Airlines remained at around 10%.

Turkish Airlines was once again named Turkey’s most valuable brand in 2020 with a value of nearly $2 billion, according to leading London-based independent branded business valuation consultancy, Brand Finance.

In a statement made to the KAP on the subject, the company said the transported cargo-mail volume reached 137,965 tons with an increase of 12.7% in January compared to 122,419 tons in January 2020.

Most recently, THY announced that its two subsidiaries, budget carrier AnadoluJet and air freight transporter Turkish Cargo, are set to continue operations as separate companies.

“THY Cargo is becoming a completely separate company. We plan to incorporate AnadoluJet. We are flying these companies to grow faster, and pave the way for potential partnerships and acquisitions in the future,” Aycı told reporters on Jan. 31 as he evaluated the impact COVID-19 had on 2020 and discussed the company's plans for 2021.