The Syrian game and the new power equilibrium 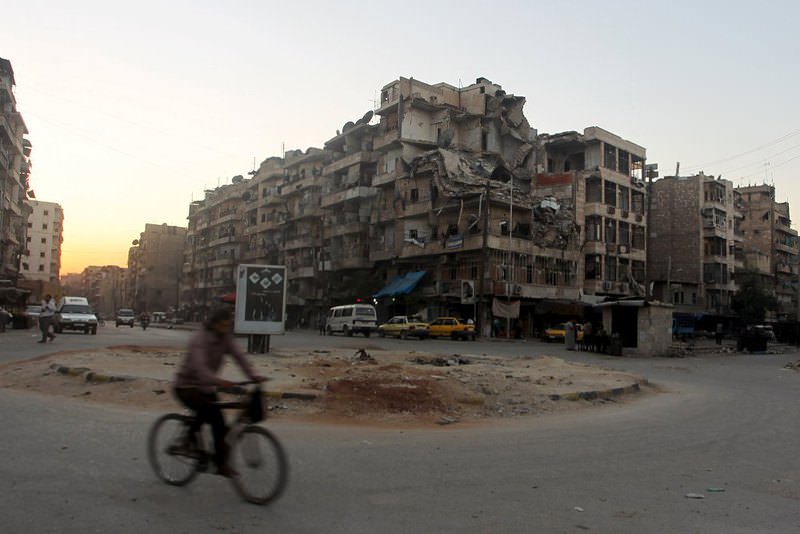 Airstrikes by Russian warplanes on the camps of Syrian moderate groups fighting the Assad regime give a leeway to ISIS in these areas.
by İbrahim Kalın
Oct 06, 2015 12:00 am

Russia's military involvement, under the guise of fighting ISIS, while in fact it is bombing moderate Syrian opposition groups fighting the Assad regime, is unnecessarily throwing the Syrian people in between the two evils: The Assad regime and ISIS terrorism

Russia's military involvement in the Syrian conflict in the name of fighting the Islamic State of Iraq and al-Sham (ISIS) has created new dynamics in one of the bloodiest wars in recent memory. It is certain to have ripple effects on the already fragile nature of the current global order. How the anti-Assad international alliance of the U.S., EU countries, Turkey and Gulf countries will respond to Russia's gambling to save Mr. Bashar Assad will shape the main parameters of the equilibrium of global power.

Russia's emboldened position is as much about Russia's sense of resurgence as it is about the political vacuum created by the lack of strategic planning and strong leadership to deal with the recent crises in Syria and Ukraine. Russia wants to overcome its sense of insecurity and isolation by pushing back what it sees as strategic encroachment upon its traditional hinterland by the West. Russian President Vladimir Putin used the Ukrainian conflict to strengthen Russia's grip on its western borders. By annexing Crimea, he did not simply gain more land, he also prepared the ground at home for more aggressive and expansionist political posturing. The West's feeble response to the Ukraine crisis helped make it a regional and global stance.

Russia's support for the Assad regime with open military operations comes after years of indecision, confusion and wavering on the part of the international anti-Assad coalition. Numerous initiatives, two meetings in Geneva and countless mini-alliances have failed to produce a workable solution. This has been a costly process in every sense of the term. More than 300,000 people have been butchered by the Assad regime and its chemical weapons and barrel bombs. Over 4 million Syrians have become refugees and 7 million have become internally displaced. From a political point of view, the Syrian conflict prepared the ground for the rise and spread of ISIS and other violent groups. The Assad regime, seeing its propaganda value, continues to use ISIS barbarism to justify its bloody war. Now, Iran and Russia are using ISIS as a smokescreen to establish a new alliance in the Levant. Sectarian tensions are running high. As President Recep Tayyip Erdoğan warned on Oct. 4, Russia's participation in the Syrian civil war will only serve the criminal Assad regime and further isolate Moscow in the Arab and Muslim world.

In a joint statement released on Oct. 1, Turkey, the U.S., the United Kingdom, Germany, Saudi Arabia, Qatar and France warned that Russian "military actions constitute a further escalation and will only fuel more extremism and radicalization."

Can Russia's military engagement change the course of the Syrian civil war for the better? It is very unlikely because the Assad regime will use this as an opportunity to prop up its power base and increase attacks on the moderate Syrian opposition. Russian airstrikes seem to have been designed to keep Assad in power indefinitely rather than prepare the ground for a political transition that will eventually see Assad's departure. Keeping Assad after a more than four-year bloody war will only enflame further hatred, animosity and conflict and help ISIS and other extremist groups.

On the ISIS front, the U.S.-led air campaign has not been as successful as expected. Assuming that Russia is going after ISIS, will its air campaign succeed? This is also unlikely because airstrikes alone will not be sufficient to defeat ISIS whether they are carried out by U.S. or Russian warplanes. Furthermore, Russia could now become the target of violent extremist groups at home and elsewhere.

It is clearly a priority now to empower the moderate Syrian opposition to end the war in Syria, degrade and destroy ISIS and begin a new process of democratic transition and pluralistic politics in Syria. Here, an effective train-and-equip program can play a major role to bring a degree of balance of power to the Syrian military and political ground.

The train-and-equip program, however, will have success only when it is supported by safe zones - zones free of ISIS and safe from Assad regime attacks. These zones will give moderate Syrian opposition groups an anchor point to organize themselves and help ordinary Syrians protect themselves from deadly attacks. Safe areas will also reduce the number of Syrian refugees, but the problem of internal displacement will continue.

Keeping Assad in power will only prolong an already protracted and bloody war. Assad has long lost his chance to be the unifier of Syria. As long as he stays in power, the war will continue and the menace of ISIS and violent extremism will only become more deadly. The Syrian people do not have to choose between the two evils of the Assad regime and ISIS terrorism. And they should not be sacrificed for global power games.

Presidential spokesperson for the Republic of Turkey
Last Update: Oct 06, 2015 2:01 am