Ask a lawyer: Getting married/divorced in Turkey as a foreigner 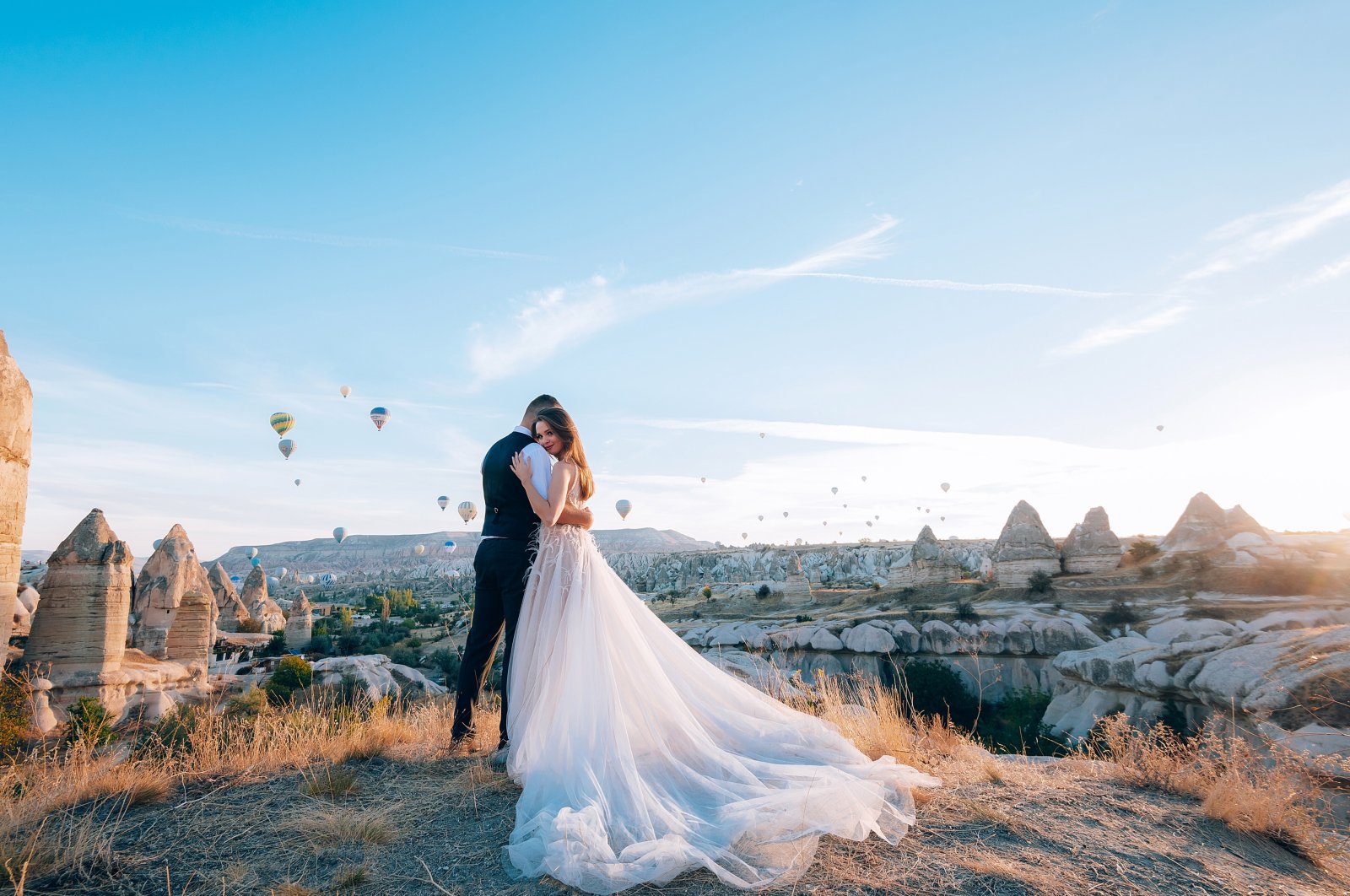 A young married couple posing for a photo in Cappadocia, Turkey. (Shutterstock Photo)
by Asene Asanova Sep 29, 2021 7:40 am

Building a family is a great responsibility and knowing the details of the process is a must, especially in case things fall apart. Let's take a look into the legalities of getting married and divorced in Turkey as a foreigner

With the internet, social media and globalization, the number of marriages with foreign nationals is increasing day by day both in Turkey and the world. An increase in marriage rates naturally creates a rise in divorces rates, which, in turn, brings some questions to mind.

Which documents are required? Where to file the lawsuit in case of divorce? How to arrange the joint custody of children? Which law will be applied during the divorce process? Let’s try to clear up some of it.

Marriages in Turkey are conducted by marriage officers at the Marriage Departments of municipalities, Istanbul-based lawyer Elvan Kakıcı Şimşek explained. Couples intending to marry therefore need to submit the relevant documents to municipalities and then set a date.

It is important to note that only official (civil) marriages are legally recognized in Turkey, as defined under the Turkish Civil Code. Other forms of unions, without an official marriage, are not recognized. Getting officially married is important as it will secure and guarantee the legal rights of children and of spouses, especially women. Only after the official marriage is a religious marriage (carried out by imams) permitted.

In order to get married, the documents below need to be submitted to the Marriage Departments of the municipalities:

Getting divorced in Turkey

To get divorced in Turkey, you must submit a divorce petition to the relevant Family Court, Şimşek said. In the divorce petition, you may request the court settle any custody issues with respect to your children.

What is the competent court in divorce cases opened in Turkey?

According to Article 168 of the Turkish Civil Code, the court where one of the spouses resides or where they have lived together for the last six months before the lawsuit is authorized for the ongoing divorce case.

Under Turkish law, if the dispute involves a foreign element, the habitual residence determines the applicable law. The grounds and provisions for divorce and separation are governed by the common national law of spouses, as provided in the International Private and Procedural Code. If the spouses have different nationalities, the law of their common habitual residence will apply. In the absence of it, Turkish law will apply.

What if one of the spouses lives abroad?

If one of the spouses lives abroad, the competent court cannot be determined according to Article 168 of the Turkish Civil Code. In this regard, according to Article 41 of the International Private and Procedural Law, if the cases regarding the personal status of Turkish citizens are not filed or cannot be filed in the courts of foreign countries, the lawsuit should be filed in the competent court in Turkey, where the person is residing.

If there isn't an authorized court where the person is residing in Turkey and a lawsuit hasn't been filed in a foreign country, a lawsuit can be filed in one of the courts in Ankara, Istanbul or Izmir.

Who will get child custody?

In divorce cases, the citizenship of the parties is not taken into account in the granting of custody of children.

A decision on custody can be made during divorce proceedings, or it can be decided by a separate custody case that can be filed after the divorce is finalized. The age of the child/children and the parents' social lives, moral attitudes and financial situations among other factors will be taken into consideration during this process. In addition, if possible, the child's opinion on who they want to stay with will be taken and a decision will be made after evaluating all issues together. That said, custody of preschool children is often granted to the mother.

The non-custodial parent has the right to request that the court set visitation between them and the child. The court will then make arrangements that best benefit the child.

What happens if a parent leaves Turkey after divorce?

Alimony and custody decisions can only be changed by the court. If the parent with foreign citizenship wants to leave Turkey, the party who was not granted custody can request the change of the decision with a lawsuit if there is justifiable cause.

According to Article 19 of the International Private and Procedural Law, the alimony claims are subject to the law of the permanent residence of the alimony creditor.

The partner requesting spousal support must be in need after the divorce. This means that the spouse's standards of living have been reduced to an extent that they now live in relative poverty. In the eyes of the Turkish court system, losing a high standard of living is considered poverty and the courts will order the other party to pay spousal maintenance. For example, a spouse can obtain maintenance even if they are not living in poverty and work in a modestly paid role after divorcing a wealthy person.

In the absence of any prenuptial or postnuptial agreements, the legal matrimonial property regulation is applied to the acquired assets. If a prenuptial or postnuptial agreement is found to be valid, the court will uphold the agreement. If the agreement is found to be invalid or that it does not exist, the court will deliver a judgment regarding the allocation of financial resources and property according to the Civil Code. The court will distinguish between individual property and property acquired during the course of the marriage when making a judgment.

In Turkey before Jan. 1, 2002, the Court of Cassation applied the separation of property regulation to its judgments on the division of assets. This means that unless parties have reached an alternative property understanding, both parties will be able to claim sole ownership on the assets that are registered in their name. However, after Jan. 1, 2002, the regulation of participation in acquired property started to be applied. This is an advancement of the former statutory regulation of separation of the property in which the assets and debts of the spouses are calculated by taking their date of acquisition into account. Three types of property exist, that is, acquired properties, personal assets and shared properties.