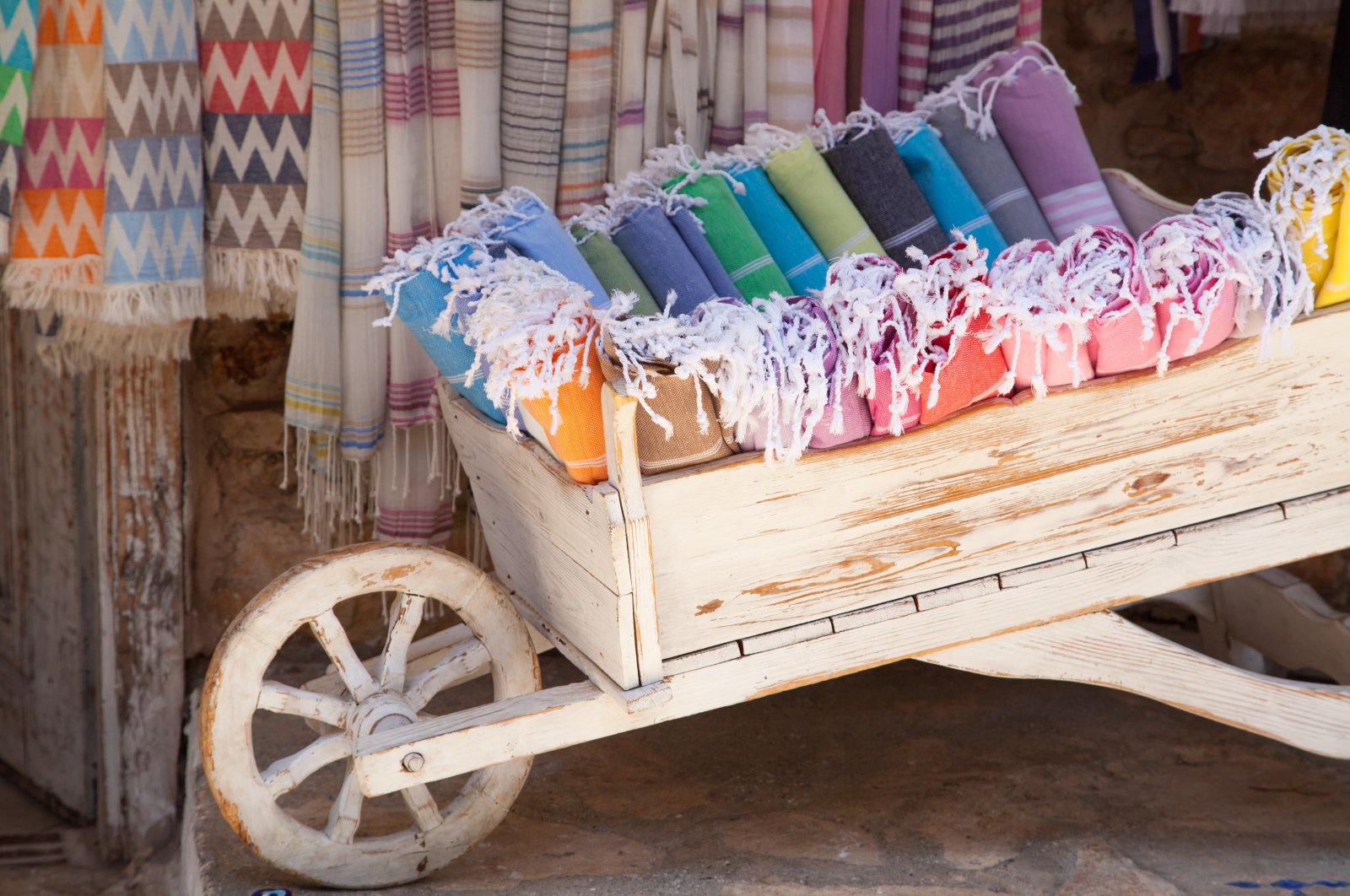 From cotton peştamal to all-natural sea sponges and mud: Here are the best self-care products that you can find in Turkey

Summer is officially here and a return to life as we know it will soon be upon us. So, there has never been a better opportunity to engage in some special self-care before heading to the beach. Luckily, the Turks are experts when it comes to the practices of bathing and grooming and have perfected a series of bathing products that will easily become indispensable in your life.

It’s not for nothing that the Turkish bath, aka hamam, is the original spa and remains an integral part of enjoying Turkey’s timeless traditions. Let the hamam experience guide you to create similar self-care and bathing rituals with the healthy, effective and natural products that have been used in Turkey since the times of yore.

Peştamal, a type of towel used in hamams, is literally the greatest thing since sliced bread, although it is in fact much older. This versatile and multipurpose product can serve as either a wrap, towel or shawl. Peştamal was the predecessor to towels as we know them and was invented in Turkey’s Bursa in the 17th century. They are long and wide sheets of finely loom-woven cotton that, in addition to being used as a towel, are primarily used as a wrap for bathers in Turkish hamams as they offer privacy, are light and absorb moisture. Turkey’s variation on this must-have item not only dries faster than traditional terry cloth towels, but they also take up less space, are easy to transport and are stylishly decorated with blocks of pastel color and most even have tassels dangling from each end.

The original and ultimate loofah

Standing the test of time, the all-natural sea sponge serves as the ultimate body loofah. It has been known around these parts for at least 3,000 years. Even Homer and Plato mention this natural product as a bathing aid and, as it just so happens, the art of sponge diving was a prevalent profession for Turks in the Aegean and Mediterranean Seas.

Sponge diving is the original form of underwater diving and it was done to retrieve sponges from the sea by diving approximately 30 meters (98 feet) deep and remaining underwater for up to five minutes.

In Turkey, Bodrum once was a major center for fishing and sponge diving, and sponge divers have even helped in some of Turkey’s most famous archeological expeditions of sunken ships. While admittedly less prevalent these days, the practice of sponge diving does still exist and it is still very much possible to find the natural sea sponge at beauty care stores and even tourist shops. The reason why these particular sponges remain the best in the business is that they are completely natural, toxin-free and biodegradable as well as hypoallergenic. They also have enzymes that inhibit mold and bacteria growth. When it comes to bathing, in practice the Turkish “sünger” (as they are called) are softer than conventional sponges and can soak up more water without dripping.

Let there be no mistake, a sponge and a scrub are two very different things when it comes to the bathing practices of the Turks. A sponge is for lathering up the body in soap, while a scrub is used to exfoliate the skin. In a Turkish bath, the scrub comes first and the practitioner is usually very particular about what kind of scrub is used. This is because it takes a particular strain and grain of thick woven cotton to ensure the best removal of dead skin.

While it feels divine to get into such a deep clean, keep in mind that when done properly, a scrub will definitely remove a suntan. While you are likely to feel silky smooth, the scrub glove that is used in Turkey is certainly not. The traditional scrub glove or exfoliating mitt in Turkey is a one-size-fits-all square glove of pure cotton you can use for the ultimate exfoliating experience. Best used on the body, as it may be too rough for the face, in Turkish these exfoliating mitts are referred to as “kese.”

Starting at the base with pumice stone

Low and behold, it just so happens that pumice stone, a light-weight abrasive stone used to remove dead skin primarily on the feet, also came from Turkey, among other areas. This igneous rock is formed from volcanic eruptions mixing lava and water. The result is an unusual solid foam-like structure that served as building material for Hagia Sophia Grand Mosque but also operates as the ideal abrasive for scrubbing the soles of the feet. It is available everywhere bath products are sold and is referred to as “ponza taşı” in Turkish.

A specialization in soap

Turkey has the most amazing selection of natural and olive-oil based soaps the world over, hands down. Not only did soap making begin in these parts, but the practice was also first recorded by Ancient Babylonians over 4,000 years ago. Natural soap making is still alive and well in Turkey, where olive-oil-based soaps are the norm and there are many herbs that are infused in them to be used for different purposes.

The reason a bar of olive oil soap is the ultimate product to lather up in is it has a lower ph or acidity than other types of soaps, making it better for sensitive or dry skin. It contains oleic acid and polyphenols as well as vitamin E, all considered to have excellent anti-aging effects. Albeit less foamy than its counterparts, this type of soap leaves a silky film on the skin, which is moisturizing.

Some Turks also use these natural soap bars as shampoo to wash their hair as it nourishes the scalp, prevents hair loss and makes the hair shiny and soft. Olive oil soap with bay leaves is known to help various skin conditions, while a lavender-infused soap bar is relaxing. Soap made with apricots is said to be good for the face and bıttım soap, which is made from unripe wild pistachios from southern Anatolia, is the ultimate shampoo as it is antibacterial and aids in preventing dandruff and eczema.

While it is very easy to experience any of the many mud baths that continue to thrive in Turkey today and are located throughout most of the country’s coastal touristic destinations, it is also possible to indulge in a face or full-body mud mask at home.

Mud baths are believed to relieve pain from rheumatism and joint issues, relax sore muscles and exfoliate and detoxify the skin, which are just some of the benefits of this age-old practice. Luckily, here in Turkey, it is possible to purchase “mud” in powder form from any herbalist shop (“aktar”) or beauty supply store. For the real thing, head to Muğla and particularly Dalyan, where the Sultaniye mud baths, along with many others in the region, are still regularly visited by tourists. You can experience the famous mud baths in Pamukkale. Make sure to indulge in the thermal spring water at both, which also happen to be renowned as bathing spots frequented by the Egyptian queen, Cleopatra.