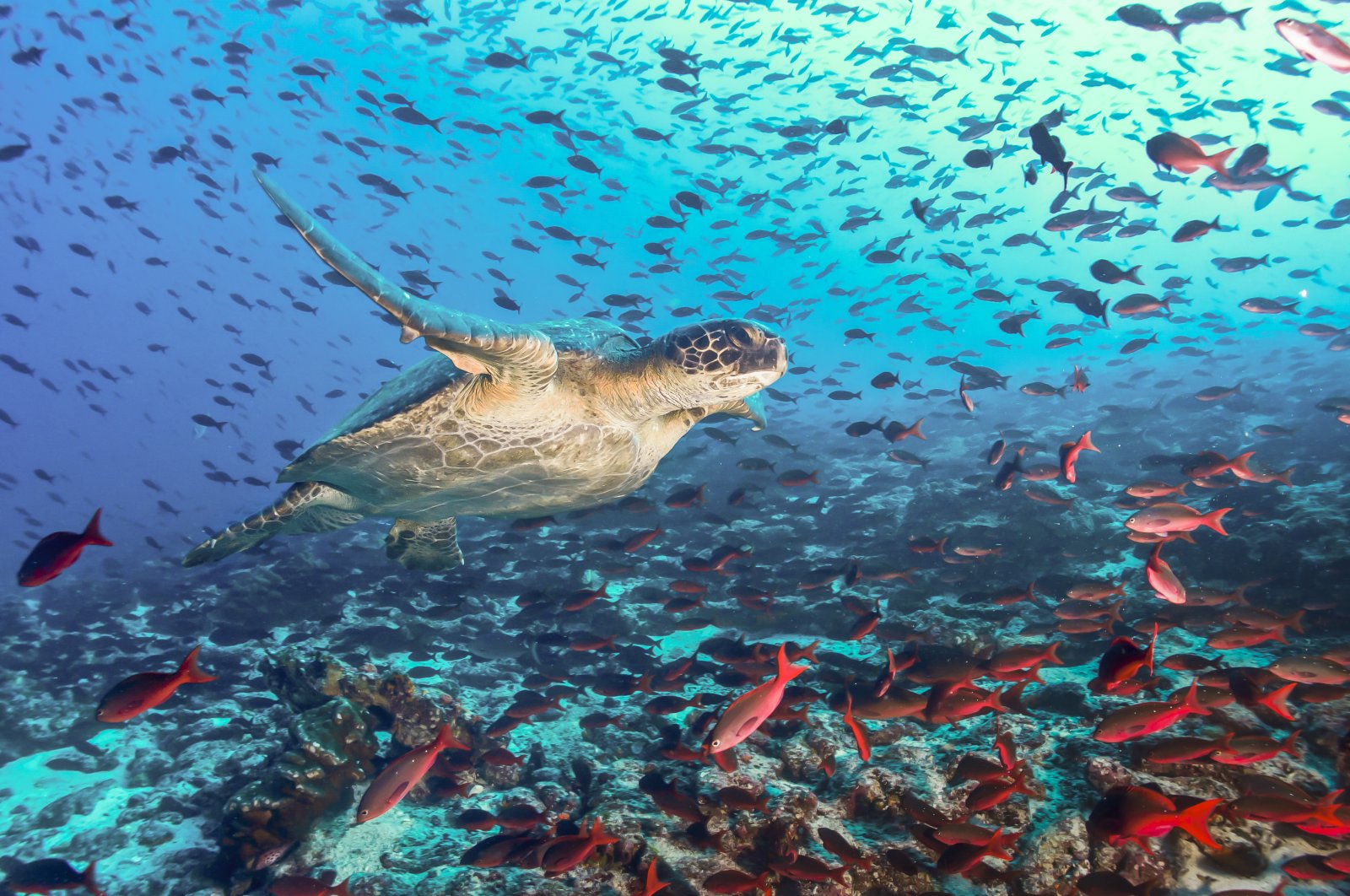 Did you know that the majority of life on Earth is aquatic?
by Daily Sabah with Reuters Jun 26, 2020 1:35 pm
Edited By Yasemin Nicola Sakay
RECOMMENDED

The deep blue is still unchartered territory for humans: Less than 5% of oceans have been explored. Earth's oceans are also home to countless species, a considerable portion of which we have only discovered in recent years and still loads more yet to be unveiled. Full of mysteries, these bodies of water are showing us they are the ultimate source of life for our planet – after all about 3/4 of the planet's surface is covered in water. Here are 10 interesting facts that will make you appreciate oceans more:

The deepest part of the ocean is called Challenger Deep, and it is within the Mariana Trench, which is said to have a depth of around 36,000 feet, lying about a few hundred miles to the southwest of Guam.

The Denmark Strait cataract, Earth's highest underwater waterfall, can be found in the Atlantic Ocean and has an 11,500-foot (3,505-meter) drop.

Point Nemo in the Pacific Ocean is the textbook definition of quite literally the middle of nowhere, surrounded by over 1,000 miles (1,600 kilometers) of water in all directions. To be exact, it is called “the oceanic pole of inaccessibility" or the farthest point from any land on Earth.

Sink me! Over $60 billion in sunken treasure is said to still be in oceans around the world. Oh, and the number of historic artifacts under the sea easily surpass those in all of the world's museums.

There are literal "dead zones" that cannot sustain any sea life in oceans and large lakes around the world. These zones, most of which were naturally occurring but some are now manmade, are hypoxic (meaning low in oxygen) and cause these bodies of water to fail to support the marine life living there.

Oceans are the heart of the planet and we, as humans, should appreciate them more. Here are 10 less widely-known facts about the ocean that are sure to blow you out of the water https://t.co/KdcZKtovri pic.twitter.com/Pu3MT5Tcjl

We always acknowledge the power of trees, but what about those plants underwater? Some 70% of the oxygen we breathe actually comes from marine plants in the oceans.

From deep blues to vibrant turquoises, the seas of the world get their blue tint because of orange and red wavelengths from the sun.

You may have thought that rubber duckies were best preserved for long, bubbly baths, but oceanographers have actually used these funny-looking plastic animals to get a better understanding of water currents.

The ocean's floor contains important cables from multinational communications companies that allow the internet to travel across the globe.

Many of us know Mount Stromboli in Italy or the world's most active volcanic mass Kilauea in Hawaii. But around 80% of volcanic eruptions actually occur underwater.