Around 270 whales stranded on sandbar off Australia's island of Tasmania 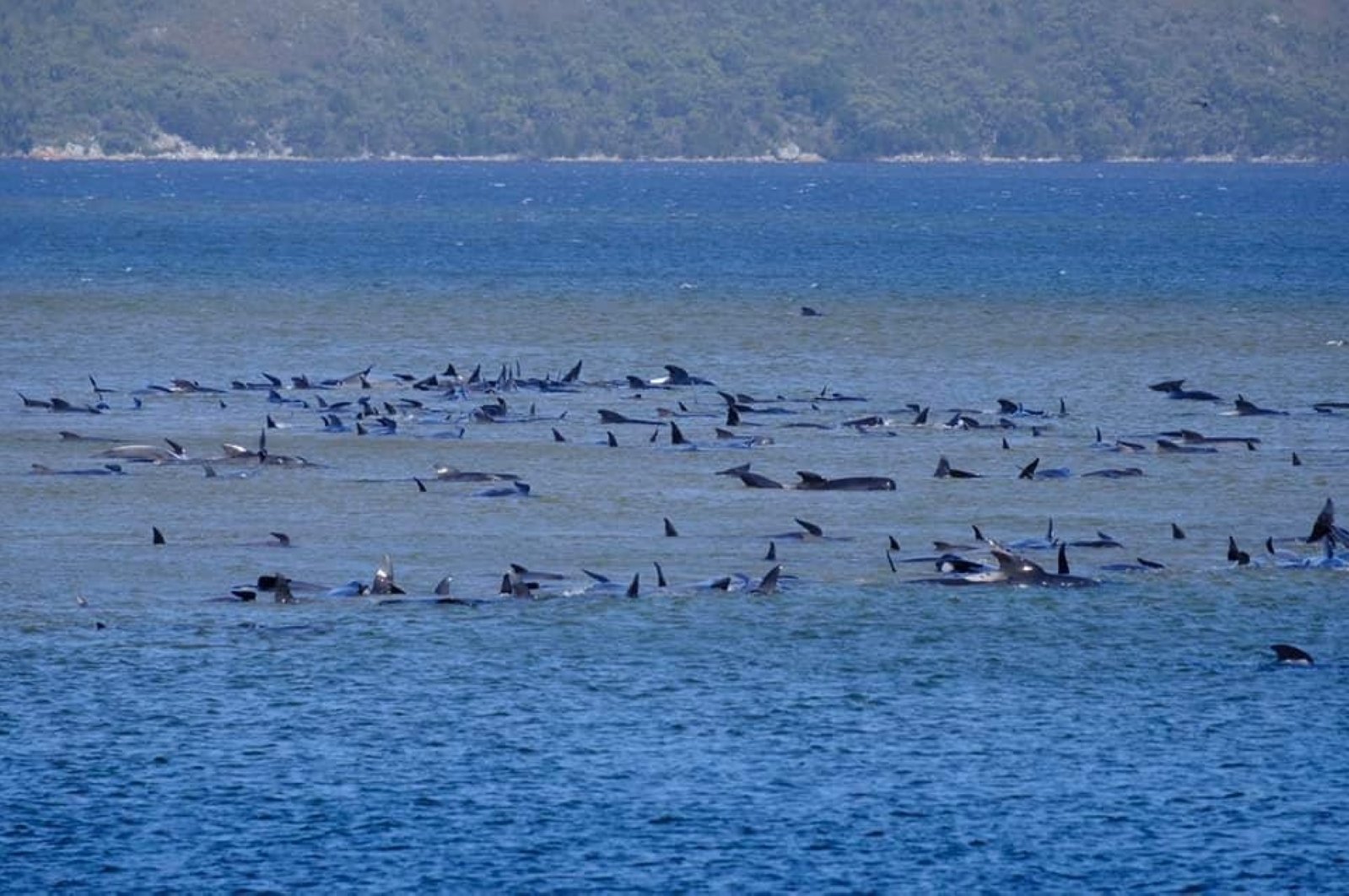 Marine biologists were planning the rescue of around 270 whales stranded on a sandbar off the remote west coast of the Australian island of Tasmania Monday.

Government scientists said it appeared that at least 25 of the animals, believed to be pilot whales, had already died. Pilot whales are a species of oceanic dolphin that grows 7 meters (23 feet) long and can weigh up to 3 tonnes.

"While strandings are not uncommon in Tasmania and while strandings of this scale aren't (unprecedented), we certainly haven't had one for at least 10 years," Nic Deka, a regional manager for Tasmania Parks and Wildlife Service, said.

Tasmania's Department of Primary Industries, Parks, Water and Environment said the whales were stranded in three groups in shallow water at Macquarie Heads, some 200 kilometers (120 miles) northwest of the state capital Hobart.

Rescuers with specialized equipment arrived at the site Monday afternoon to assess the situation. They were expected to regroup on the shore as it grew dark to discuss a rescue strategy.

Officials usually respond to reports of strandings of dolphins and whales in Tasmania once every two or three weeks, on average.

Government scientists had first thought the mass stranding involved about 70 whales when it was viewed from the air, but a closer inspection revealed the larger number.

It is not known why whales, which travel together in pods, sometimes beach themselves but they are known to follow a leader, as well as gather around an injured or distressed whale.

"Their social groups and strong bonding between the groups causes often all of them to strand," Olaf Meynecke, a whale researcher and Project Manager of whales and climate at Griffith University, told Reuters.