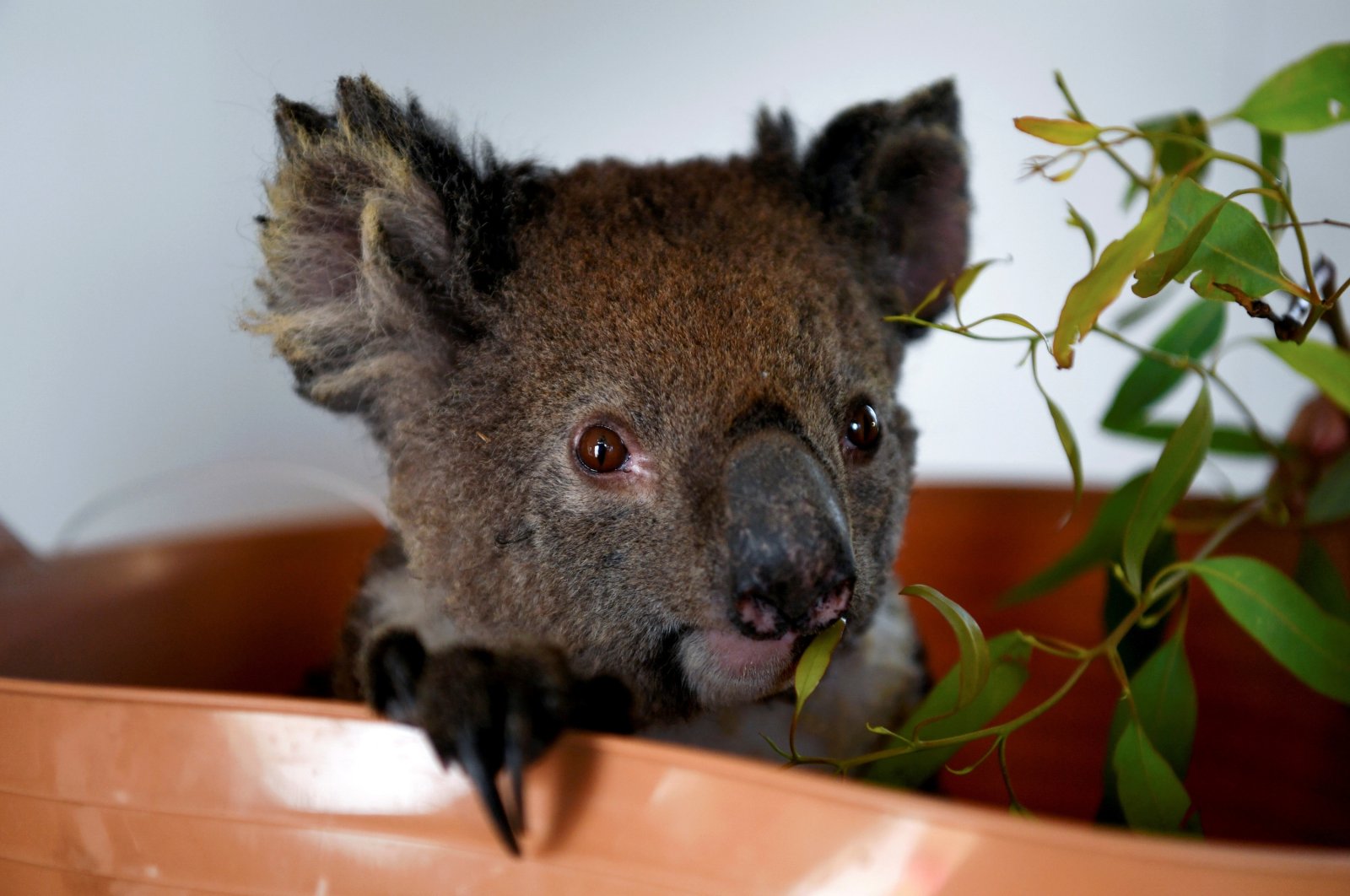 An injured koala is treated at the Kangaroo Island Wildlife Park, at the Wildlife Emergency Response Centre in Parndana, Kangaroo Island, Australia, Jan. 19, 2020. (Reuters Photo)
by REUTERS Sep 21, 2021 9:56 am
RECOMMENDED

Due to drought, bushfires and developers cutting down trees in Australia over the past three years the country has lost about 30% of its koalas, the Australian Koala Foundation reported, urging the government to do more to protect the creature's habitat.

The independent nonprofit group estimated the koala population has dropped to less than 58,000 this year from more than 80,000 in 2018, with the worst decline in the state of New South Wales, where the numbers have dropped by 41%.

"I just think action is now imperative. I know that it can just sound like this endless story of death and destruction, but these figures are right. They're probably worse," she told Reuters.

The decline in New South Wales likely accelerated after huge swathes of forest were devastated by bushfires in late 2019 and early 2020, but some of those areas already had no koalas.

"What we're concerned about is places like western New South Wales where the drought over the last 10 years has just had this cumulative effect – river systems completely dry for years, river red gums, which are the lifeblood of koalas, dead," she said.

The Australian government in June called for public comment on a national recovery plan for New South Wales, Queensland and the Australian Capital Territory around Canberra and whether the koala's threatened species protection status should be raised from "vulnerable" to "endangered." Comments on the recovery plan are due Friday.

Besides the impact of drought and fires, land clearing by property developers and road builders has destroyed the iconic marsupial's habitat.

"I think everyone gets it, we've got to change. But if those bulldozers keep working, then I really fear for the koalas," Tabart said.