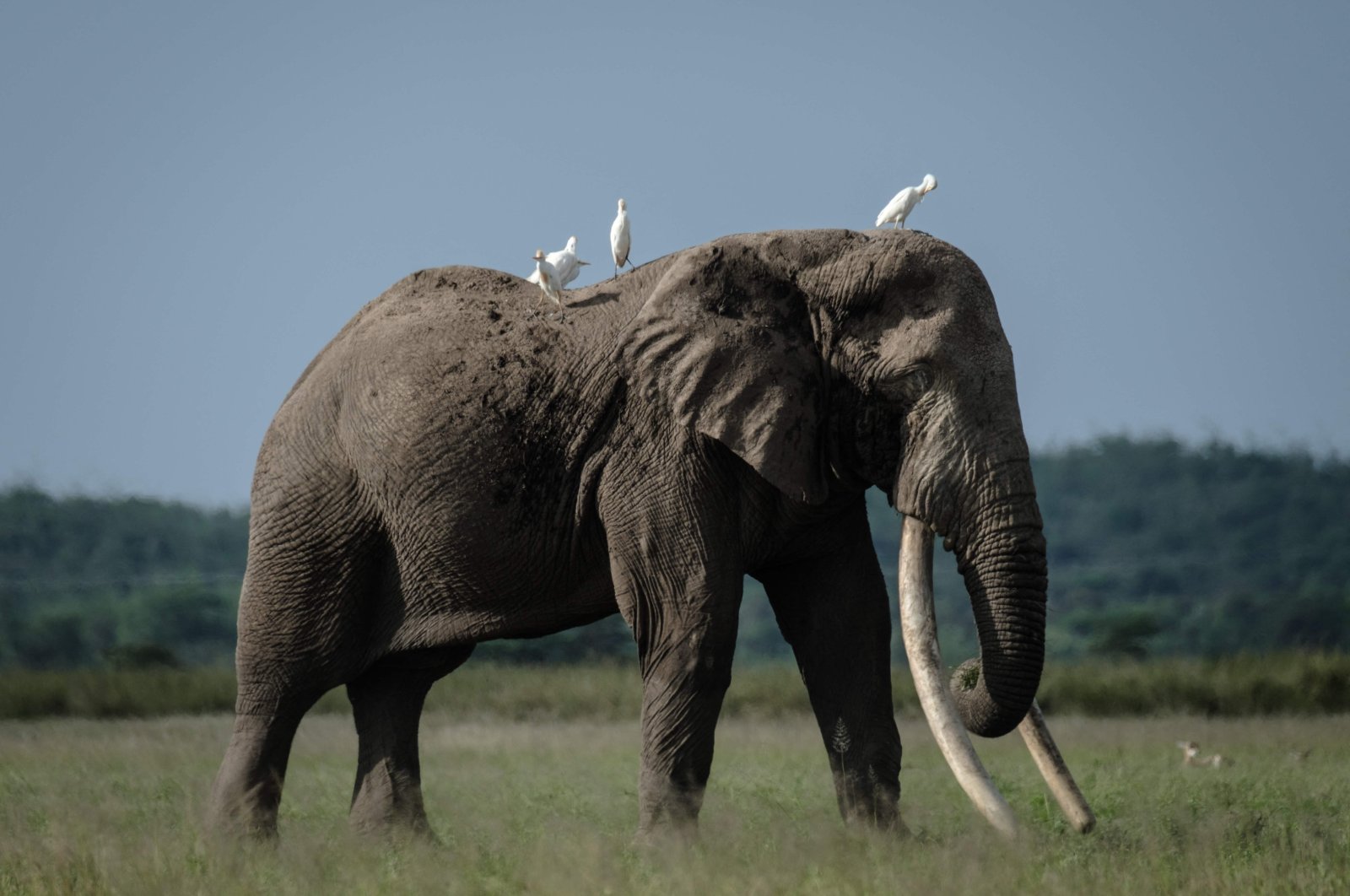 Just after dawn, Tolstoy lumbers into view, a wandering giant, with tusks almost scraping the earth. This great elephant has roamed beneath Mount Kilimanjaro for nearly 50 years. He has survived ivory poachers, spear attacks and terrible drought, but this mighty animal could be confronting a new threat to his natural realm — the surging demand for avocados.

A turf war has erupted over a 180-acre (73-hectare) avocado farm near Amboseli, one of Kenya's premier national parks, where elephants and other wildlife graze against the striking backdrop of Africa's highest peak.

Opponents of the farm say it obstructs the free movement of iconic tuskers like Tolstoy, putting their very existence at risk, and clashes with traditional ways of using the land. The farm's backers refute this, saying their development poses no threat to wildlife and generates much-needed jobs on idle land.

The rift underscores a broader struggle for dwindling resources that echoes beyond Kenya, as wilderness is constricted by expanding farmland to feed a growing population.

Kenya is a major avocado grower and exports have soared as the green superfood has become a hipster staple on cafe menus around the globe. Already the sixth-largest supplier to Europe, Kenya's avocado exports rose 33% to $127 million in the year to October 2020, according to the Fresh Produce Exporters Association of Kenya.

In the middle of that bumper year, Kenyan agribusiness KiliAvo Fresh Ltd received approval from the National Environment Management Authority (NEMA) to start its own avocado farm on land it purchased from local Masai owners. The acreage was razed of shrubbery and fenced off, alarming neighboring titleholders and conservation groups. They argued that large-scale agriculture was prohibited in that location under management plans governing land use in the area.

In September, under pressure to revoke KiliAvo's license, NEMA ordered them to stop work while it reviewed the case. The company challenged that decision in Kenya's environmental tribunal, where a case is ongoing. KiliAvo's lawyers, CM Advocates LLP, did not reply to request for comment in time for publication.

However, work at the farm has progressed at a clip. On a recent morning, beneath a snow-capped Kilimanjaro, farmhands laid irrigation lines to water rows of avocado saplings. The property has water tanks, a shaded nursery, and boreholes.

Jeremiah Shuaka Saalash, a KiliAvo shareholder and farm manager, said the farm had "rescued" many tourist workers left jobless when nearby safari lodges closed during the COVID-19 pandemic. He said there was room for both industries to thrive, pointing out that a bigger farm was already harvesting vegetables nearby. "I am championing for the co-existence of wildlife, and for us to have another source of income," Saalash told Agence France-Presse (AFP), as tractors tilled the red soil.

Adjacent landowners and wildlife experts are adamant the two cannot exist side by side. They say elephants have already collided with KiliAvo's electric fence, proof that it impedes migratory routes used by an estimated 2,000 tuskers as they depart Amboseli into surrounding lands to breed and find water and pasture.

"Can you imagine if elephants in Amboseli died of starvation so that people in Europe can eat avocados?" Kenyan conservationist Paula Kahumbu, who heads the campaign group Wildlife Direct, told AFP.

The revenue from Kenya's booming avocado business is a blip compared to tourism, which reaped $1.6 billion in 2019.

Critics warn allowing KiliAvo to proceed would set a dangerous precedent for an already stressed ecosystem being keenly eyed by other farming prospectors. Billboards advertising land in Kimana, a fast-growing township near Amboseli, hint at the development afoot.

Tolstoy, and other wildlife big and small, already compete with cars to cross into Kimana Sanctuary, a crucial linkage between Amboseli, surrounding rangelands, and habitats further beyond in Tsavo and Chyulu Hills parks.

"If we continue like this, Amboseli National Park will be dead," said Daniel Ole Sambu from the Big Life Foundation, a local conservation group. "These elephants... will go, and the park will be finished. And that would mean tourism in this area would collapse."

Traditional landowners say they were inadequately consulted about the proposal and warn industrial irrigation, especially for notoriously thirsty crops like avocados, would further strain the drought-prone ecosystem.

The majority of Masai around KiliAvo agreed to keep their land open so that wildlife but also cattle, the lifeblood of their herding community, could roam free.

Farms and fences threatened the unencumbered movement enjoyed by the Masai for generations, said Samuel Kaanki, the head of an association of 342 title holders whose land surrounds KiliAvo. "The Masai culture will be totally lost. We will lose our way of life," he told AFP.

Kahumbu said commercial farming in Kenya had become "far more dangerous for animals than poaching" and urged supermarkets overseas to know what they were buying.

She pointed to U.K. grocery giant Tesco, which in October cut ties with a major Kenyan avocado plantation accused of workplace abuses. "You can't call avocado farming in a wilderness area like this sustainable," Kahumbu said.