Biologist worry grey whale lost in Mediterranean may not survive 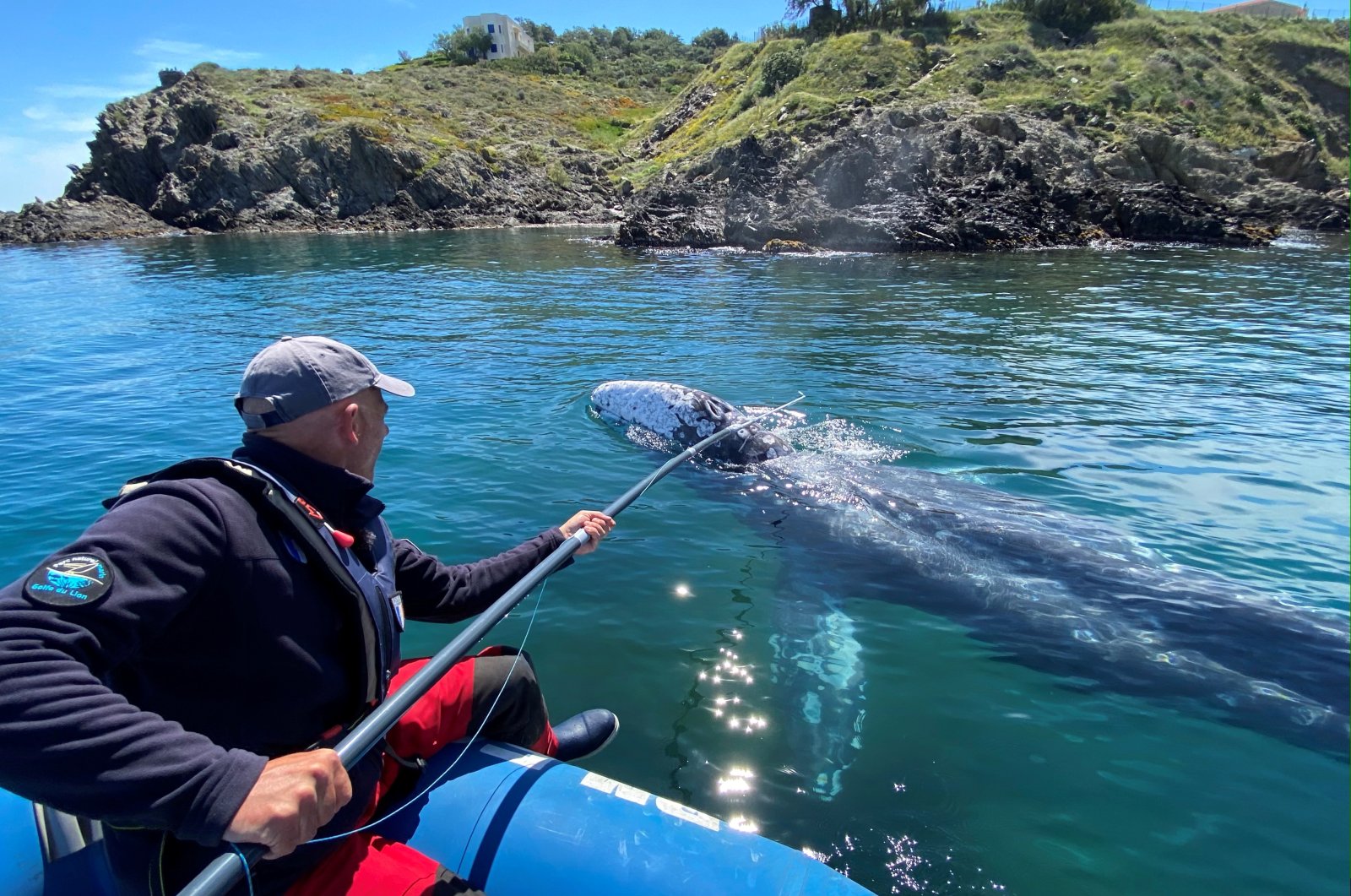 Thierry Auga-Bascou, scientist and member of the French Biodiversity Agency, takes a skin sample of Wally, the 15-month-old gray whale, swimming in the Mediterranean Sea past the coast of Argeles-Sur-Mer, France, May 6, 2021. (Reuters Photo)
by REUTERS May 08, 2021 10:01 pm
RECOMMENDED

A two-year-old grey whale has lost its way and is desperately seeking to return to its natural habitat in the Pacific Ocean. Thousands of miles away from its home, Biologists worry that it may not survive.

Grey whales normally migrate along the U.S. west coast, but biologists think that with global warming opening northern routes, the whale became lost and swam into the Atlantic Ocean via the Arctic.

Named Wally by biologists, the whale is around eight meters (26.25 feet) long, but his rapid weight loss is causing concern as he cannot find the invertebrates that are his normal food source in the depths of the Pacific.

"We are very worried about his future, as his fat, which is his fuel to travel, has gone down a lot. He is exhausted and just skin over bones. We have not seen him eat since we started tracking him," said Eric Hansen, head of the state biodiversity agency in southern France.

Wally entered the Mediterranean through the Gibraltar Strait and followed the Moroccan coast before cutting across to Italian shores and arriving in France, Hansen said.

Moving about 80 to 90 kilometers (50 to 55 miles) a day, the whale is closely following France's southern shores and is now approaching the Spanish coast.

"It is trying to enter harbors as if to find a way out. Its strategy should work and we hope it can make its way back to Gibraltar in about a week," Hansen said.

A few days ago, Wally got caught in a fishing net off the Camargue coast but managed to free himself. But he is set to encounter more obstacles, notably the heavy shipping traffic in the Gibraltar Strait.

It is only the second time biologists have observed a grey whale in the Mediterranean. The last time was in 2010.

"We will probably see this more often because of climate change, which not only opened the northern route but is also changing ocean currents because of the melting of the ice caps," Hansen said.