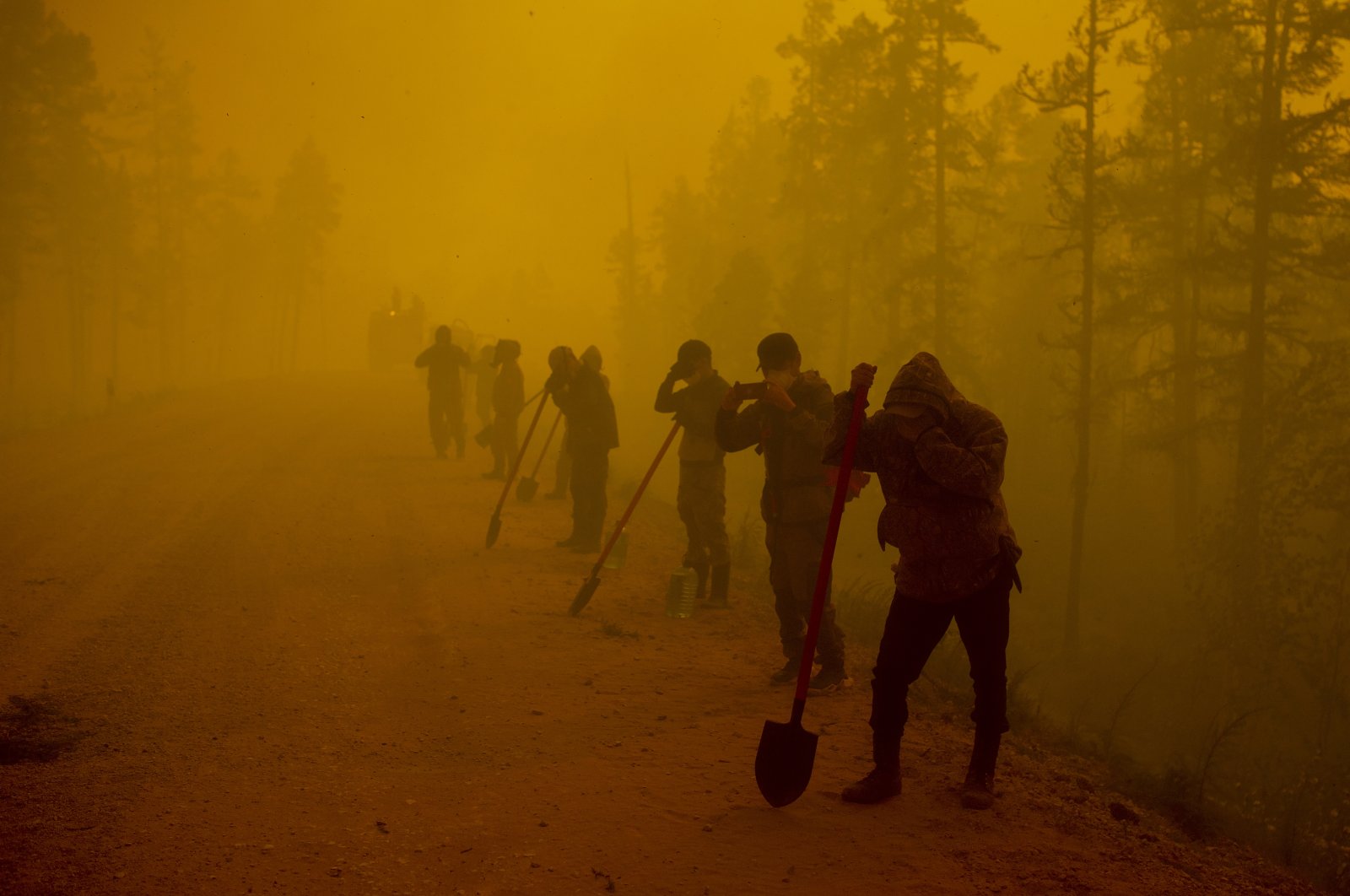 Russia has been battling hundreds of fires across the country, with flames ripping through towns, villages and forests, some for days, some for weeks, and a state of emergency has been declared in several regions.

At such a time, Alexander Fyodorov peered out his office window towards the vast forests where wildfires had been raging for weeks around the Siberian city of Yakutsk.

It was a rare day for this summer – for once the sky in the world's coldest city was not shrouded in a sepia orange toxic smog, produced by the third straight year of increasingly massive blazes.

In Yakutia, known as Sakha in its Turkic language, many believe that nature is a living spirit that will maintain harmony with humanity.

But Fyodorov warned against what he called a false trust.

"What nature herself has shown – last year, this year – is a reminder that we shouldn't put our hopes in nature," said Fyodorov, the deputy director of the Melnikov Permafrost Institute in Yakutsk.

"We need to start preparing."

Yakutia, which has a border with the Arctic Ocean and sits atop permafrost on a territory nearly five times the size of France, is a canary in the coal mine for the global climate crisis, says Fyodorov.

The region has seen its annual average temperature warm by 3 degrees Celsius since the beginning of the 20th century — 2 degrees more than the average for the planet — and this summer saw several days with record heat of 39 degrees Celsius (102 degrees Fahrenheit).

And with this summer Yakutia's driest in 150 years, according to local officials, the region became a tinderbox that has seen wildfires tear through more than 1.5 million hectares (3.7 million acres) of its swampy taiga forest.

"The current fires are beating every record," Alexander Isayev, a wildfire expert at the Russian Academy of Sciences in Yakutsk, told Agence France-Presse (AFP).

With over a month left in Siberia's annual wildfire season, officials have rushed to calm the blazes, sending in the military and seeding clouds to produce rain.

But in Yakutia – a region of just under one million people – the bulk of the work has fallen to thousands of weary firefighters and local volunteers, working with thin resources.

Nikita Andreyev, head of the Gorniy district that has seen some of Yakutia's largest fires this season, told AFP that the region only receives six rubles ($0.08) per hectare from the federal budget – far from enough.

That means that dozens of blazes are left to burn untended, with the priority placed on protecting settlements rather than stopping fires from burning at all.

"We didn't have enough manpower and resources for these fires," Andreyev said. "It's necessary in our view for finances to be allocated in this direction."

Critics say that Russia – which is home to one-fifth of the world's forests – must spend more money to fight wildfires not only in Yakutia but across the country.

According to Russia's forestry agency, more than 11.5 million hectares have burned across the country since the start of the year – well beyond the annual average since 2000 of 8.9 million hectares.

From Siberia to the Urals and the region of Karelia in its northwest, Russia has seen "uncharacteristic fires" this season, said Grigory Kuksin, head of Greenpeace's wildfire unit in the country.

"There has been higher heat and more dryness in these places than expected," he said.

"It's clearly the effects of climate change."

The unfolding crisis was what drove Turgun Popov, 50, to rally his athletics club in Yakutsk to volunteer to help fight the blazes outside the city.

"We have to realise that to preserve nature is to preserve our future – the future of our kids," he said.

Beyond releasing vast amounts of carbon into the atmosphere and destroying material for absorbing it, Fyodorov said the blazes could eventually help trigger the mass melting of Yakutia's already-thawing permafrost.

And given that permafrost contains twice as much greenhouse gases as the atmosphere, that could be a disastrous trigger in further driving climate change, he said.

"This will be unhealthy for the whole world – for everyone," Fyodorov said.

In breaks from fighting the blazes, some locals in Yakutia have conducted prayer rituals to induce rain for some respite.

Heavy showers finally arrived on a recent July day, but 48 hours later they gave way to heat and strong winds that whipped at the embers.

Outside the village of Byas-Kyuel in the Gorniy district, 29-year-old firefighter Andrei Yevdokimov observed the damp but still smoking forest floor.

The rain had not fallen long enough, he said, predicting that the blazes would come roaring back.

"No matter what, the dragons will wake," he said.