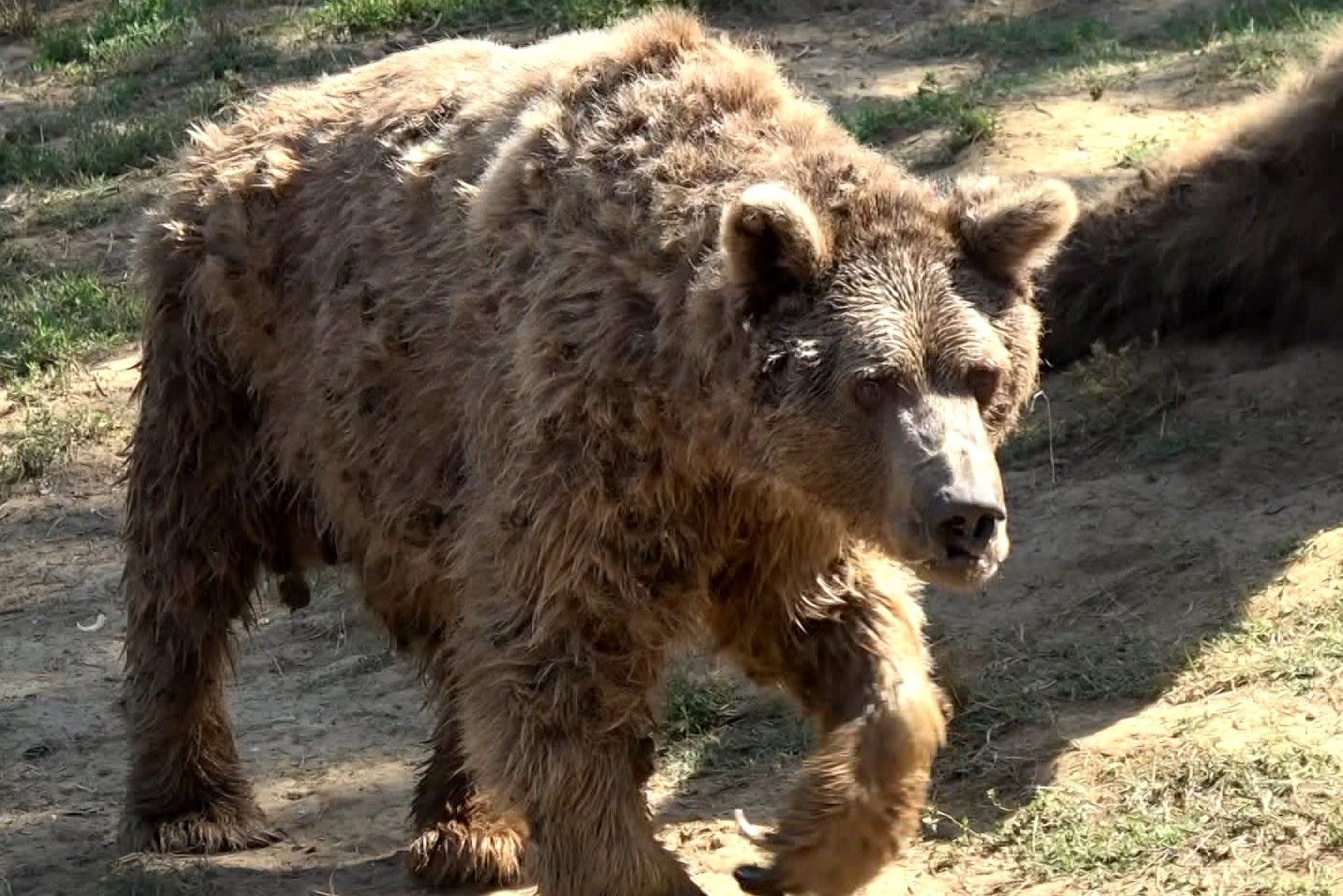 The last known bear who survived being forced to dance died Saturday in a shelter in northwestern Turkey's Bursa province, marking the end of a culturally significant but cruel practice long eradicated in the country.

"Brütüs" was the last surviving member of the 64 dancing bears brought to the Ovakorusu Bear Shelter from different locations in Turkey after a public awareness campaign staged 27 years ago.

Brütüs, the oldest of 74 residents of the shelter, was 37 years old and greatly surpassed its lifespan in the wild, which ranges between 20 to 30 years. The brown bear died of multiple organ failure due to old age, following of the footsteps of 63 that died of natural causes.

Veterinary Azizcan Sezer, who is the chief of the rehabilitation center, said Brütüs was a resident of the shelter since it was founded back in 1996. "During its stay here in our center, Brütüs was a calm-natured and loving bear. For the last five to six years, we had been applying a special nutrition program since it got older. It was being constantly monitored and checked," Sezer told Demirören News Agency (DHA).

Sezer added that Brütüs was the last known surviving dancing bear in Turkey.

Brown bears are common in northern and northeastern Turkey. Once facing rapid decline in population due to the destruction of habitats and excessive hunting, the bear population has grown rapidly in recent years due to strict measures, up to the point that they have become a source of concern over rising incidents of attacks.

Stemming from a centuries-old entertainment culture, dancing bears were a common sight in Turkey until the late 1990s even though the practice had been illegal since 1929. Through the efforts of the the World Society for the Protection of Animals (WSPA), now known as World Animal Protection, a campaign was launched in 1992 and gained international recognition in 1993, forcing the government to step up efforts to eradicate bear dancing.