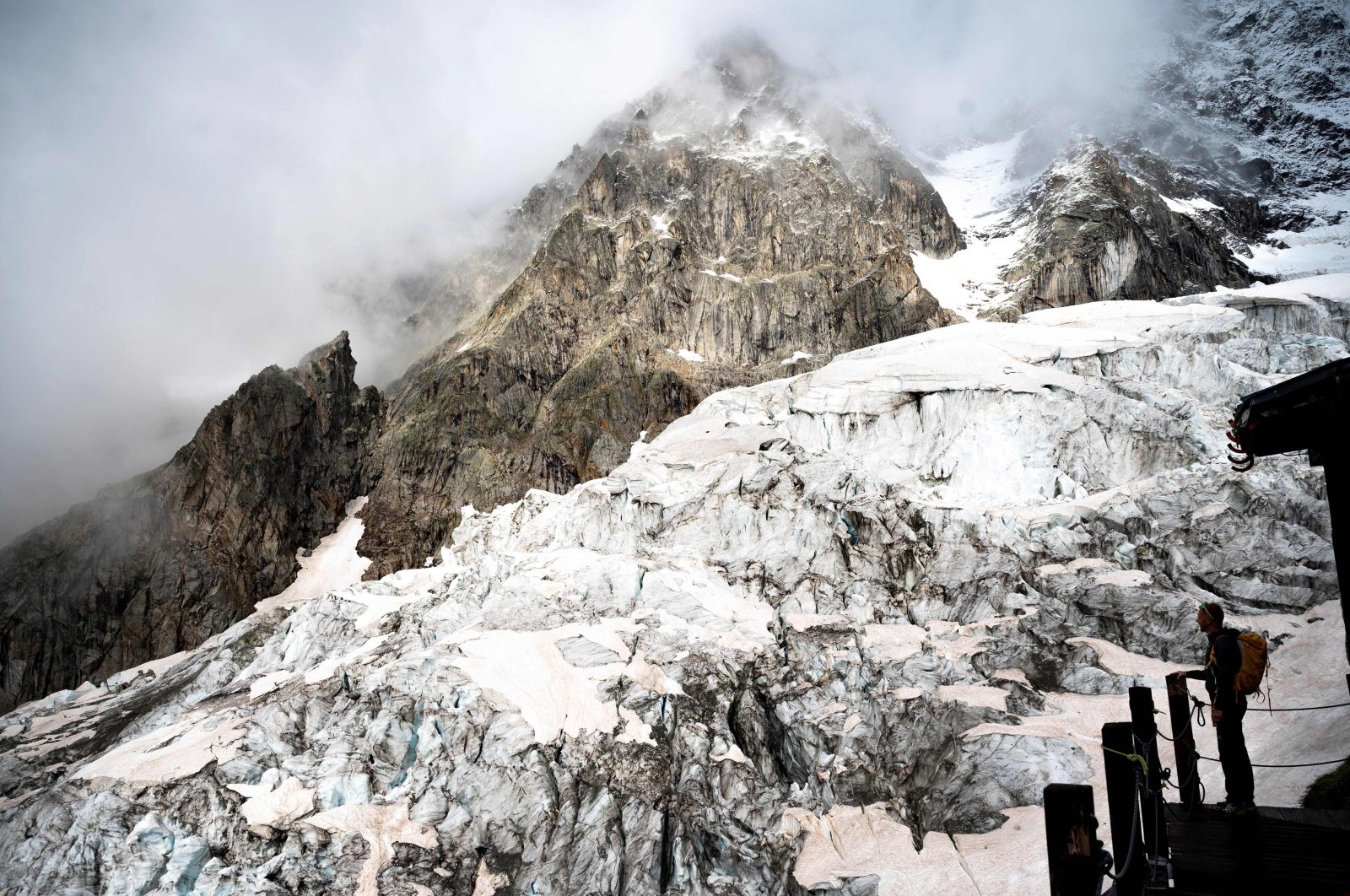 An alpinist stands on the balcony of the Boccalatte Hut on the Planpincieux Glacier in Courmayeur, Alps Region, north-western Italy, Aug. 5, 2021. (AFP Photo)
by French Press Agency - AFP Aug 14, 2021 11:50 am
RECOMMENDED

The Calderone ice formation in the Apennine Mountains in central Italy's Abruzzo was once the southernmost glacier of continental Europe, that is before it shrank and split into much-diminished glaciers over time with rising temperatures.

As climate change drives global temperatures ever higher, the glacier risks melting away into the geological record books altogether.

Situated in a deep valley in the Gran Sasso d'Italia, a massif in the Apennine Mountains, the Calderone glacier first split two decades ago.

It became the southernmost glacier in Europe after the Corral del Veleta in the Sierra Nevada in Spain melted in the early 20th century.

But since then it has been in headlong retreat: its volume reducing by around 90% between 1916 and 1990, according to a 2010 study in the Journal of Glaciology.

"This was the southernmost glacier in Europe and that's why it was an icon and a symbol, but now it is shrinking more and more," glaciologist Massimo Frezzotti told Agence France-Presse (AFP).

"We estimate it could disappear within the next 10-20 years," said Frezzotti, who is president of the Italian Glaciological Committee.

He said the ablation season – a period, usually the summer, when glaciers lose more mass than they gain – effectively "disappeared because temperatures increased."

"The duration of the ablation seasons became longer, the rainfall remained constant but there is a reduction in the snowfall and of course the mass balance of the glacier has shrunk more and more," he said.

Massimo Pecci, another member of the group, has been studying the Calderone glacier for the past 25 years.

"Since 2000 we have been witnessing a gradual reduction of the thickness, of the area and a further fragmentation into smaller glacierets," Pecci said.

Most of that increase has occurred in the past 50 years.

"We don't know yet how the story is going to end... let's hope it's not going to end," Pecci said.