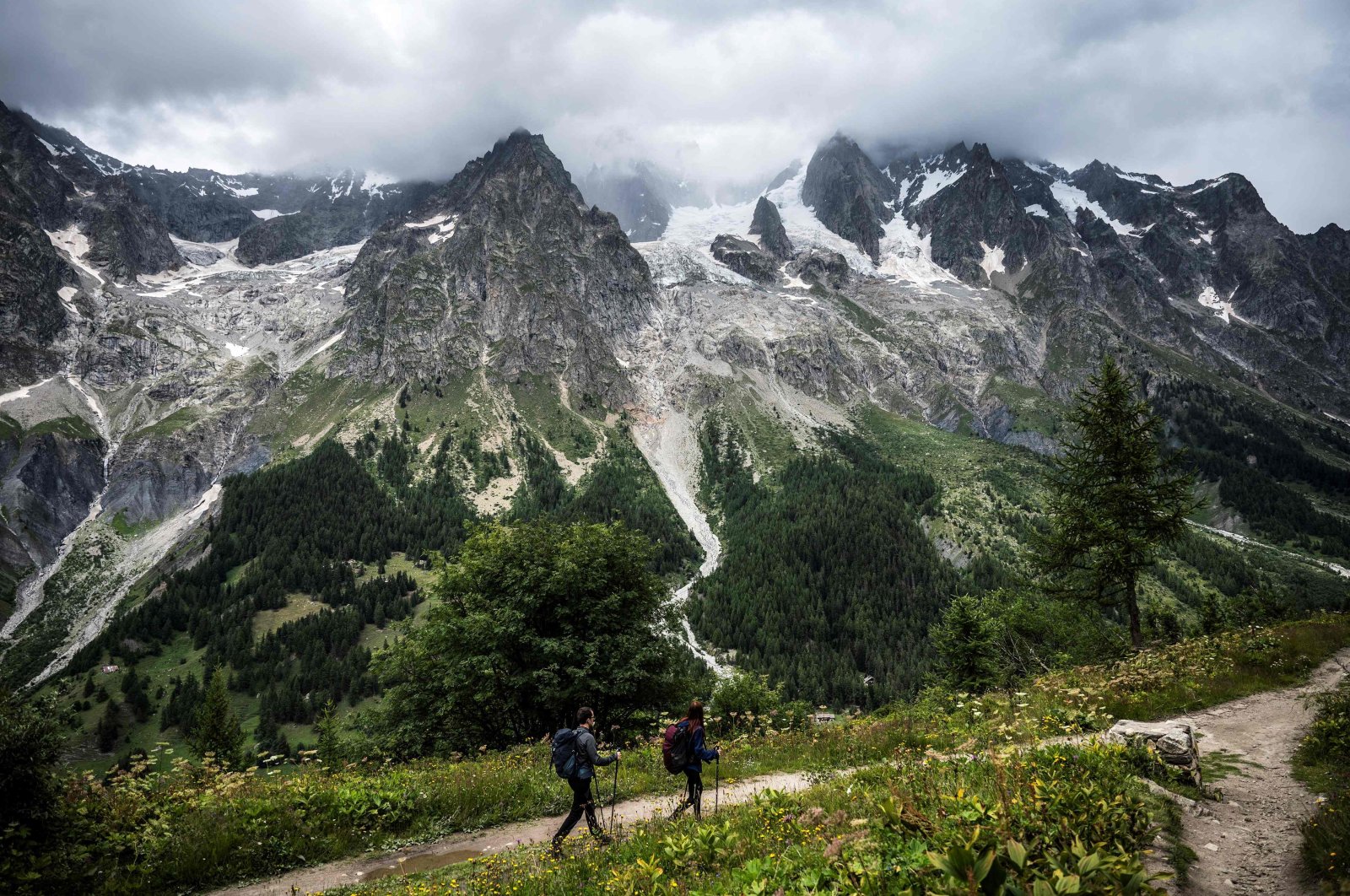 A glacier on Italy's side of the Mont Blanc massif is on the verge of collapse due to the rising temperatures. Scientists are constantly monitoring it as it poses danger to a valley below.

The Planpincieux glacier, at an altitude of about 2,700 meters (8,860 feet), hangs over the hamlet of Planpincieux, underneath the south face of the Grandes Jorasses within the Mont Blanc massif in Italy's picturesque northwest corner.

Known as a "temperate" glacier, it is already at a melting point, as opposed to polar glaciers that are still frozen to bedrock.

That means the Planpincieux glacier can slide faster, via water just under its surface, making it more unpredictable and dangerous for the Val Ferret valley below, experts say.

In years past, the Planpincieux glacier was lodged in a more stable position on the rock, and was thicker with fewer fractures, said Paolo Perret, a glacier expert at the Courmayeur-based Safe Mountains Foundation.

But due to rising temperatures caused by climate change, "the glacier withdrew to a smooth and steep surface which causes it to be in an unstable position," Perret said.

The movements are not insignificant, with the glacier in extreme cases slipping as much as 150 centimeters (4 feet 9 inches) in a day, he said.

By contrast, the Whymper serac, a polar glacier above it looming nearly 4,000 meters above sea level, can slide between 2 and 20 centimeters per day, said Perret, resulting in "imminent collapses."

A massive block of ice from the Whymper serac measuring 15,000 square meters tumbled to the ground last October, a day after authorities had prohibited access to paths underneath.

Movements of the Planpincieux glacier – and those above it – are closely monitored via radar, and the region's safety plan anticipates a variety of potential scenarios.

The "extreme scenario" would be the fall of an 800,000-meter cube of ice to the village and road below, said Segor."

But there are no absolute guarantees that it will really behave in that way."