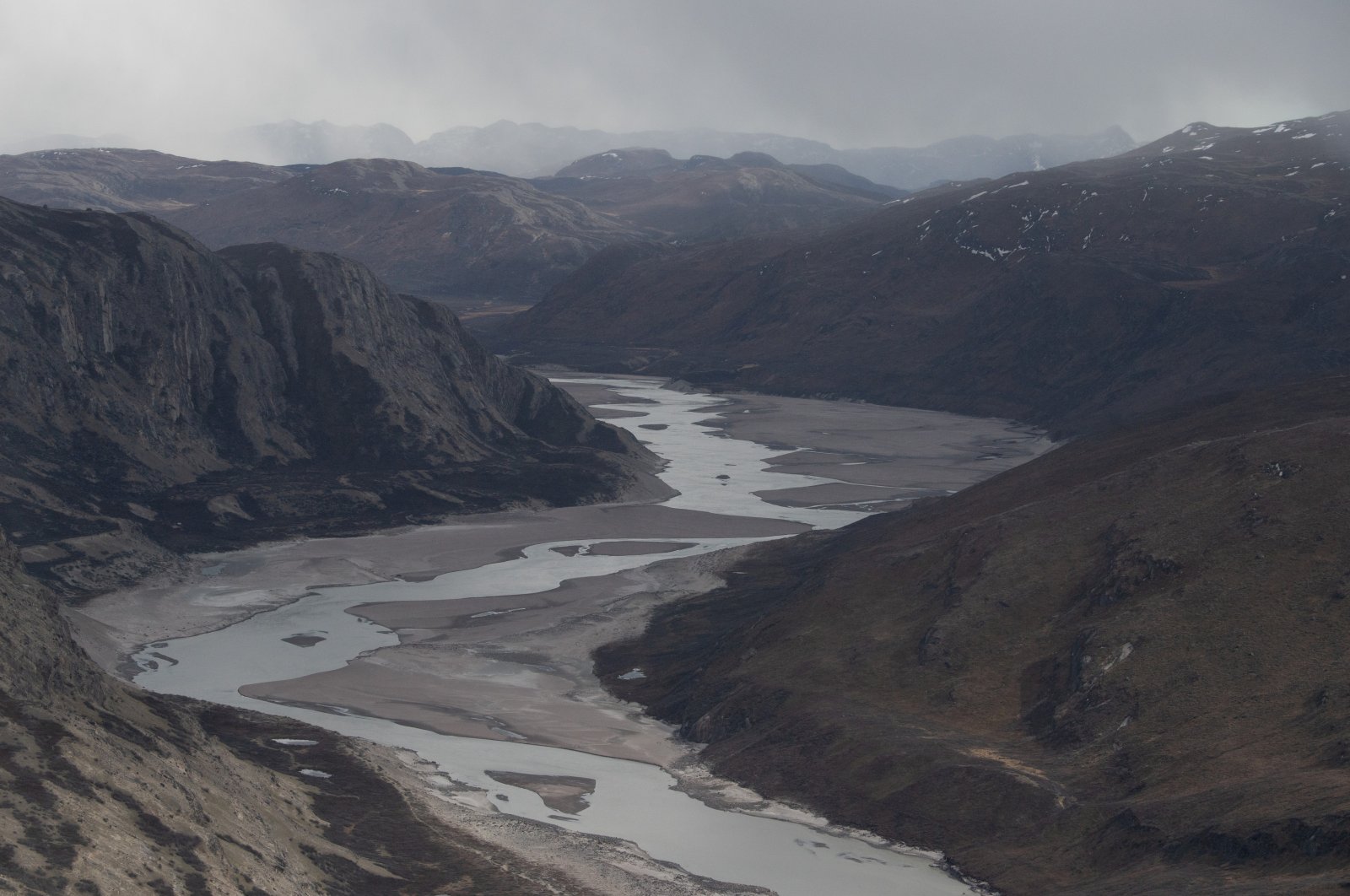 Areas of Greenland are seen from an aerial helicopter tour near Kangerlussuaq, Greenland, May 20, 2021. (Saul Loeb/Pool via REUTERS/File Photo)
by Reuters Aug 20, 2021 11:39 pm
RECOMMENDED

While many places around the globe are experiencing unusually hot and dry times and would welcome a bit of rain, one place where even a little bit of rain is a major cause of concern is Greenland.

Scientists sounded the alarm on Friday, noting that rain had fallen at the highest point on the Greenland ice sheet last week for the first time on record, another worrying sign of warming for the ice sheet already melting at an increasing rate.

"That's not a healthy sign for an ice sheet," said Indrani Das, a glaciologist with Columbia University's Lamont-Doherty Earth Observatory. "Water on ice is bad ... It makes the ice sheet more prone to surface melt."

Not only is water warmer than the usual snow, it's also darker – so it absorbs more sunlight rather than reflecting it away.

That meltwater is streaming into the ocean, causing sea levels to rise. Already, melting from Greenland's ice sheet – the world's second-largest after Antarctica's – has caused around 25% of global sea level rise seen over the last few decades, scientists estimate. That share is expected to grow as global temperatures increase.

The rain fell for several hours at the ice sheet's 3,216-meter (10,550-feet) summit on Aug. 14, where temperatures remained above freezing for around nine hours, scientists at the U.S. National Snow and Ice Data Center said.

Temperatures at the ice cap almost never lift above freezing, but have now done so three times in less than a decade.

In total, 7 billion tonnes of rain fell across Greenland over three days, from Aug. 14 through Aug. 16 – the largest amount since records began in 1950.

The rain and high temperatures triggered extensive melting across the island, which suffered a surface ice mass loss on Aug. 15 that was seven times above the average for mid-August.

The record-breaking rain is the latest in a string of warning signs about how climate change is affecting Greenland's ice sheet.

Greenland experienced a massive melting event in late July, when enough ice melted in a single day to cover the U.S. state of Florida in 2 inches (5 cm) of water.

That melting event and last week's rain were both caused by air circulation patterns which meant warm, moist air temporarily covered the island.

"This alarming rain at the summit of Greenland is not an isolated event," said Twila Moon, deputy lead scientist with the U.S. National Snow and Ice Data Center.

Along with rising floods, fires and other extremes, it is one of many "alarm bells" signaling the need to reduce greenhouse gas emissions, she said.

"We really have to stay laser-focused on adapting, as well as reducing the potential for those to become truly devastating."