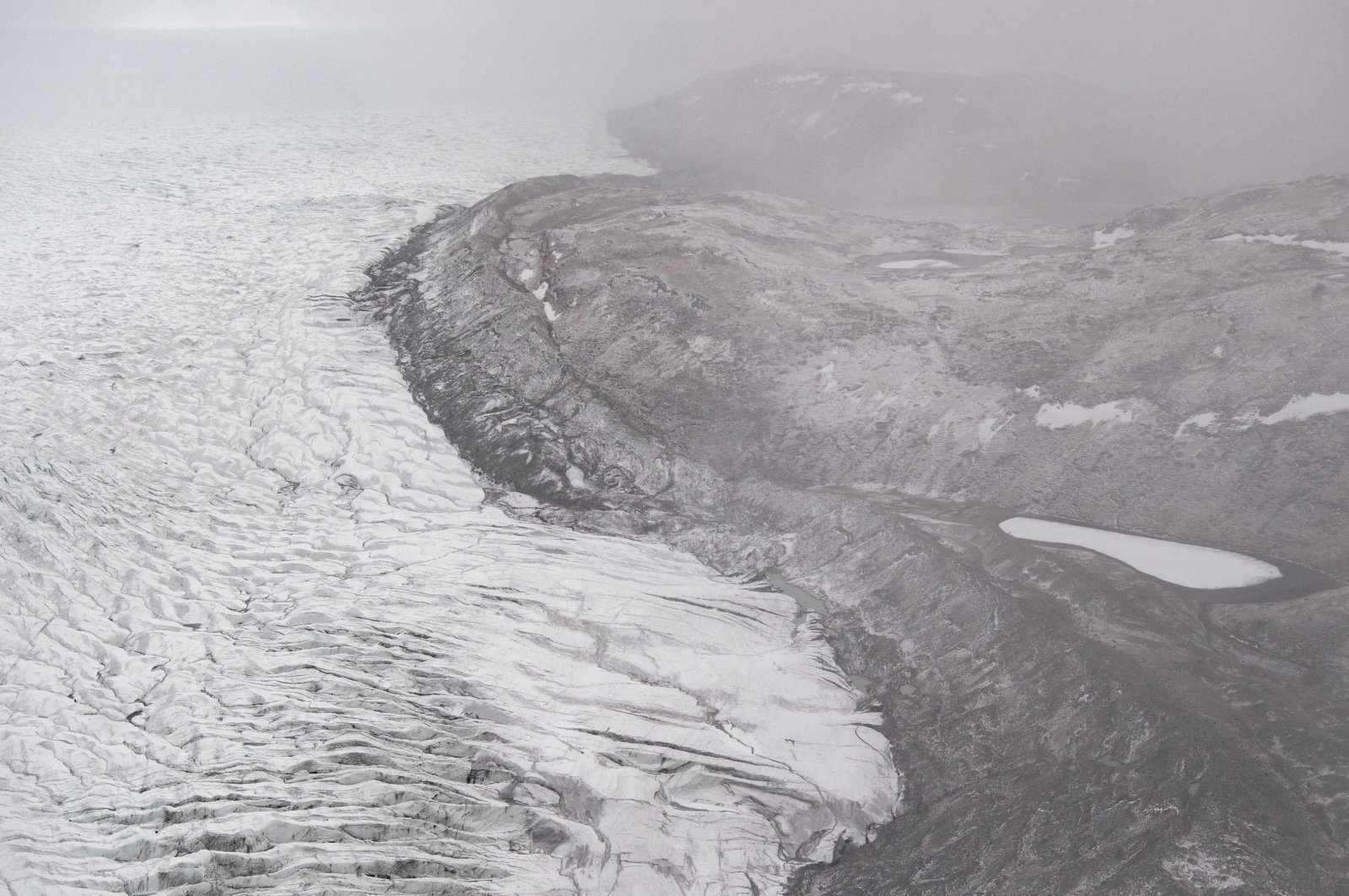 Ice recedes from a glacier as seen from an aerial helicopter tour with U.S. Secretary of State Antony Blinken of ice caps and fjords near Kangerlussuaq, Greenland, May 20, 2021. (AFP Photo)
by French Press Agency - AFP
Aug 02, 2021 9:48 am

A record-breaking heatwave in Greenland that has seen temperatures more than 10 degrees above seasonal norms caused a "massive melting event" of the island's ice sheet, Danish researchers reported.

Since Wednesday, the ice sheet covering the vast Arctic territory has melted by around 8 billion tons a day, twice its normal average rate during summer, reported the Polar Portal website, which is run by Danish researchers.

And Nerlerit Inaat airport in the northeast of the territory recorded 23.4 degrees on Thursday, the highest recorded there since records began.

With the heatwave affecting most of Greenland that day, the Polar Portal website reported a "massive melting event" involving enough water "to cover Florida with two inches of water" (five centimeters).

The largest melt of the Greenland ice sheet still dates back to the summer of 2019.

But the area where the melting took place this time is larger than two years ago, the website added.

The Greenland ice sheet is the second largest mass of freshwater ice on the planet with nearly 1.8 million square kilometers (695,000 square miles), second only to Antarctica.

The melting of the ice sheets started in 1990 and has accelerated since 2000. The mass loss in recent years is approximately four times greater than it was before 2000, say the researchers at Polar Portal.

One European study published in January said that ocean levels would rise between 10 and 18 centimeters (four to seven inches) by 2100 – or 60% faster than previously estimated – at the rate at which the Greenland ice sheet was now melting.

The Greenland ice sheet, if completely melted, would raise the ocean levels by six to seven meters (20 to 23 feet).

But with a relatively cool start to the Greenland summer, with snowfalls and rains, the retreat of the ice sheet so far for 2021 remains within the historical norm, according to Polar Portal. The melting period extends from June to early September.