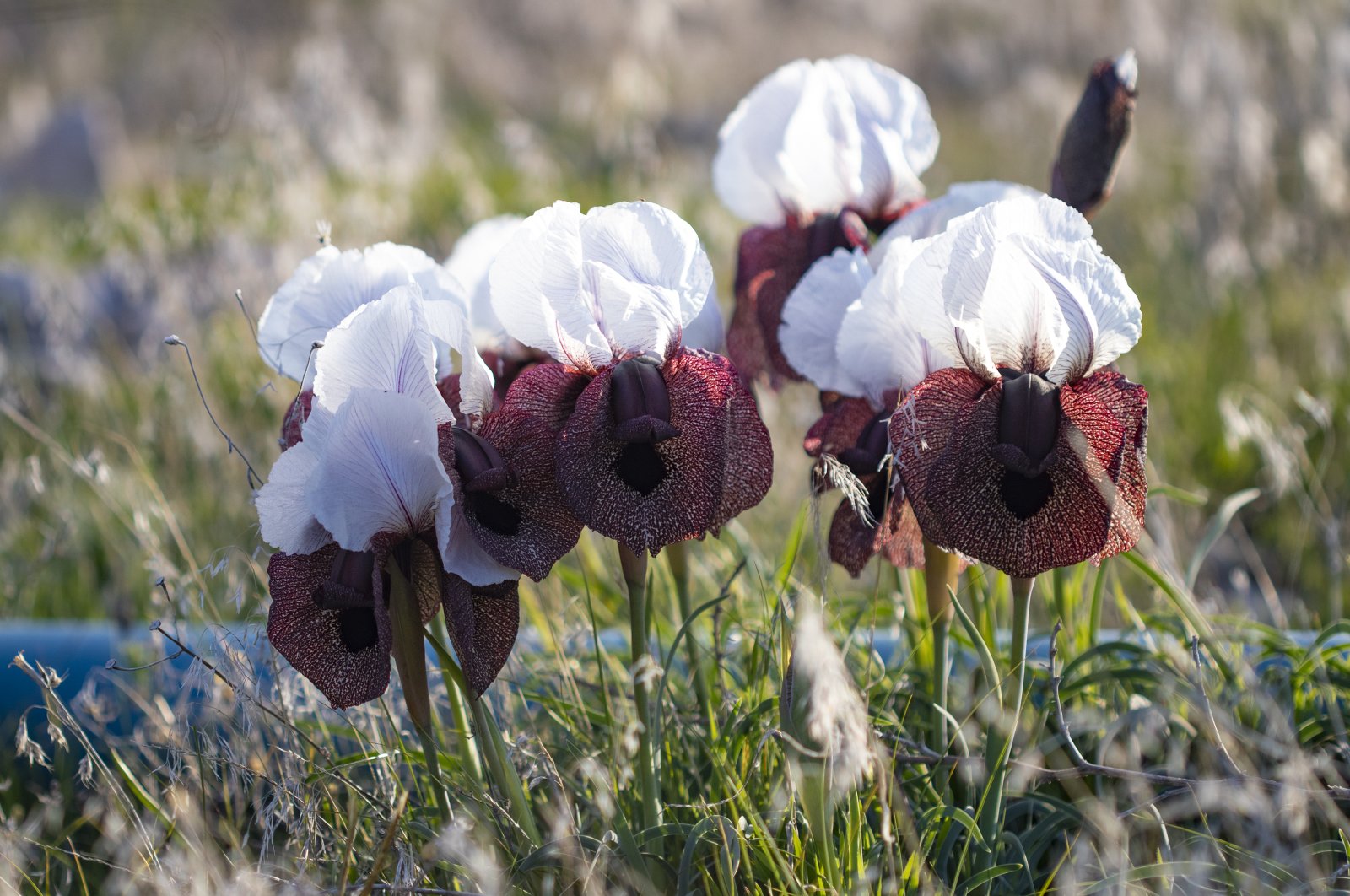 These interesting flowers grow in a select few regions across the world. (AA Photo)
by DAILY SABAH WITH AA
May 31, 2020 10:25 am

At the foot of mighty Mount Ararat, also known as Mount Ağrı, a visual feast awaits hikers and campers – Iberian irises, decorating the vast green plains of the east as they come to life as spring nears an end.

Called "kurt kulağı" (literally "wolf's ears" in English) by the locals of Iğdır and other provinces in the region, the flowers are known as Iris Iberica in the world of botany and science.

With sickle-shaped narrow leaves, a slender brownish-green stem holds a rather large single flower in April and May. The creamy yellow or white flowers have dark markings on their falls. It is also called a bearded iris due to its brown or purple-brown outer petals. The smaller irises may also have some dark veining or speckling in violets and mauves, and the larger the flower, the whiter the petals usually are.

It is a rare species that originates from Iran, Armenia and Turkey, and the eastern plains are its home. Though it has many hybrid forms, it also has two known subspecies – Iris lycotis and Iris elegantissima, from the Latin word "elegantissimus," meaning very elegant. The latter is the type seen on Ararat, and the name it is known more widely in Europe and Russia.

Typically grown as an ornamental plant, these types of irises are native to temperate regions but do need some protection during harsh winters.