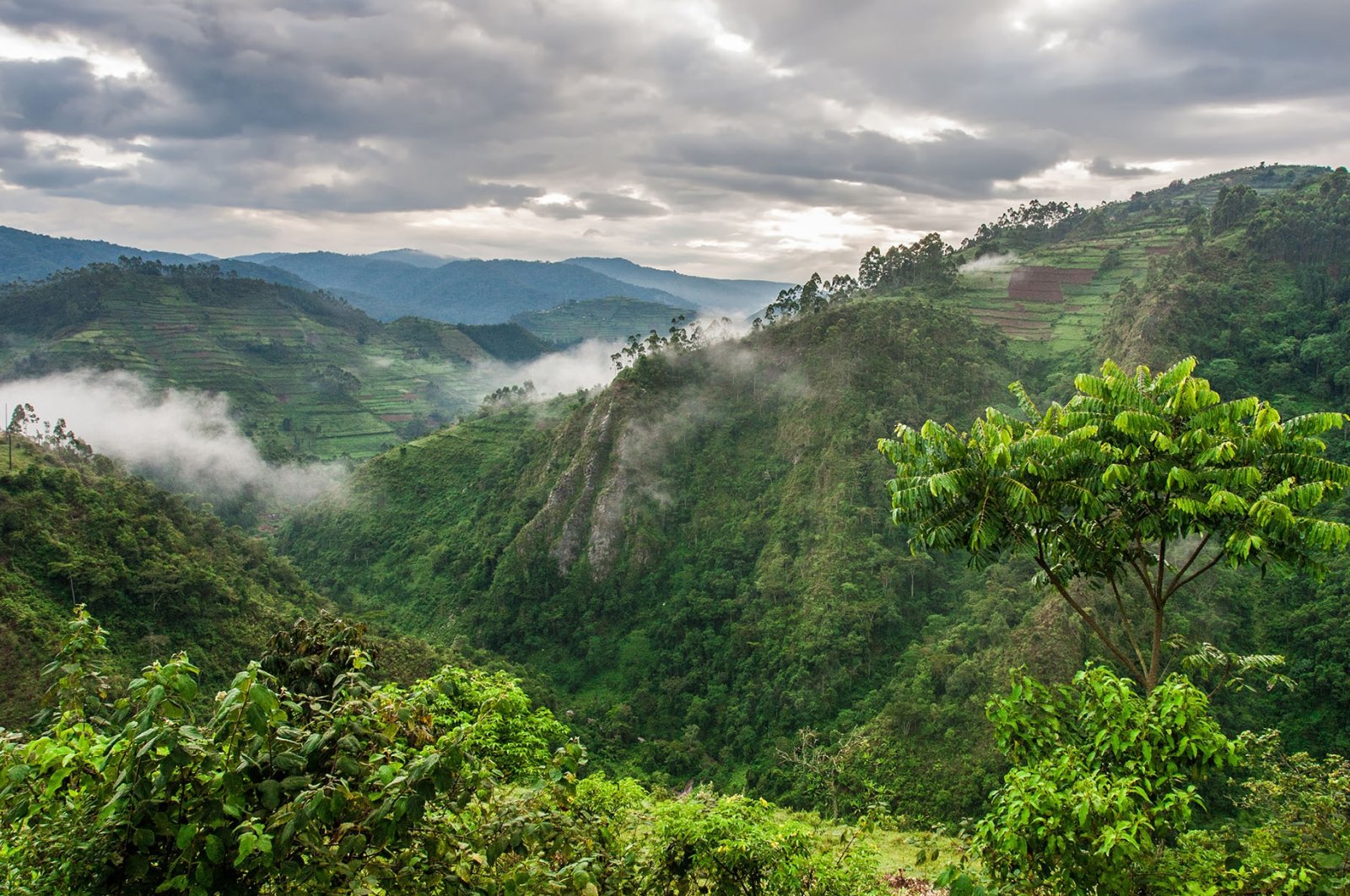 The Bwindi Impenetrable Forest National Park can be seen at the borders of Uganda, Democratic Republic of Congo and Rwanda. (Shutterstock Photo)
by French Press Agency - AFP Aug 26, 2021 9:41 am
RECOMMENDED

Forests are one of planet Earth's most important tools as they pump out oxygen and store carbon. Africa's mountain forests it seems may store up to 70% more than previously thought, revealed new research published Wednesday that spotlighted the role of threatened ecosystems and the battle against a changing climate.

Traditionally, forests at higher altitudes are thought to contain less carbon than lowland forests due to factors such as soil and climatic changes that affect growth and thus the amount of carbon the trees can absorb.

They measured the height and diameter of more than 72,000 trees to calculate the wood's density and logged the species in each plot.

From that, they were able to calculate the amount of carbon stored per unit of forested area.

Writing in Nature, the team found that Africa's montane forests contain an average of 149.4 tons of carbon per hectare – roughly equivalent to the carbon storage rates seen in African lowland forests.

Notably, this is two-thirds higher than estimated by the Intergovernmental Panel on Climate Change (IPCC) – some 89.3 tons of carbon per hectare.

Yet montane forests are under threat from logging, mining and land clearance for farming.

The study found for example that Mozambique had lost nearly a third of its 18,000 hectares (44,500 acres) of high-altitude forests since 2000.

In the Congo, around half a million hectares of montane forest have been lost this century, accounting for most of the roughly 800,000 hectares lost across Africa in that time.

"African montane forests are immensely valuable. They store vast amounts of carbon, and thereby have a key role in tackling climate change," Nicolas Barbier, from the University of Montpellier and France's Nature Centre for Scientific Research, said in a linked comment article.

"Of course, this immense intrinsic value does not preclude human exploitation of these ecosystems."

The authors said the research had a range of policy implications, including the use of "carbon finance" – inducements to conserve forests rather than cut them down.

Past underestimates by the IPCC of the carbon storage potential of African high-altitude forests may have given governments little incentive to preserve them, they said.

Barbier said that setting a fair price on preserving carbon stores such as montane forests could help check the "flood of damage" and stimulate African economies.

"The aim is to reward African countries ... for their conservation endeavors, and for renouncing efforts to access the timber and ore in these ecosystems, even when such resources are otherwise desperately lacking," he wrote.