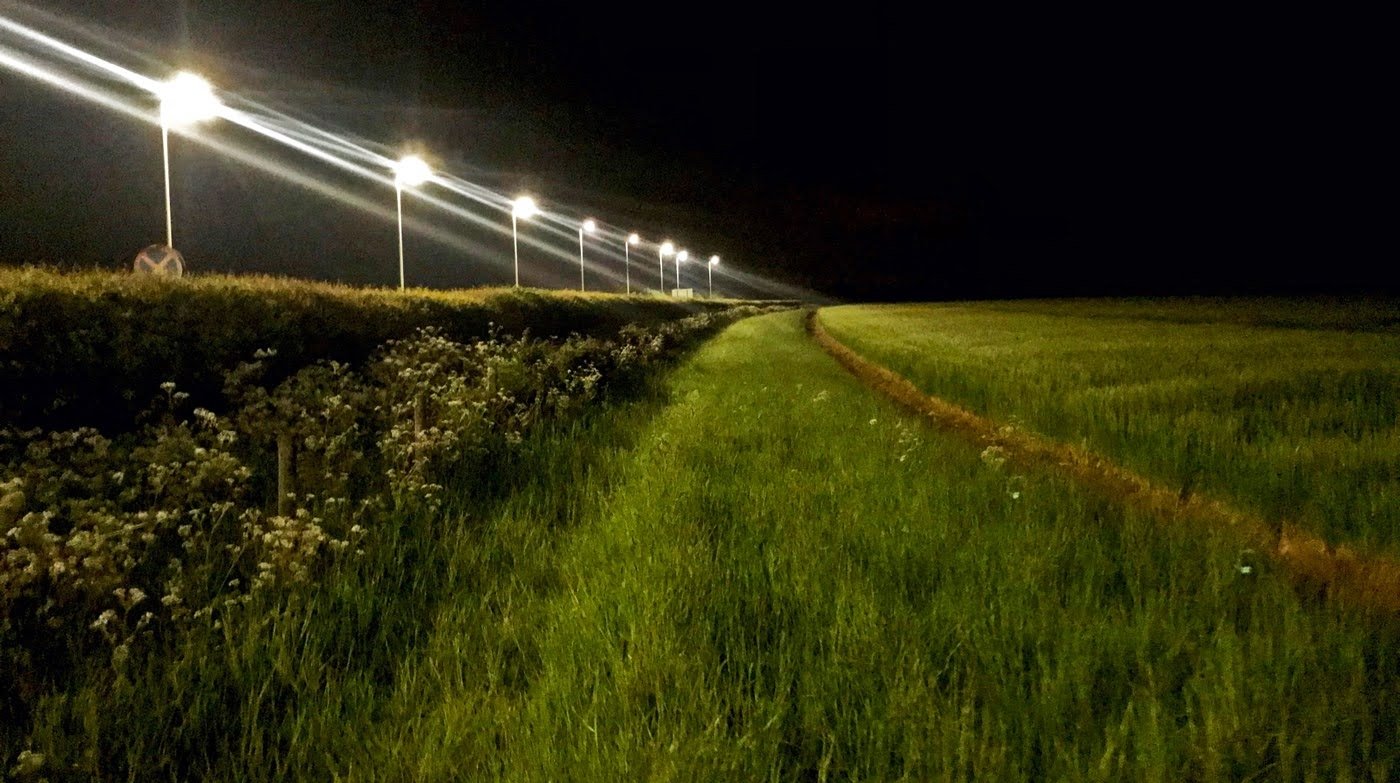 Although they bug us and we definitely don't want them in our houses, insects have a vital part to play in the environment. Their declining numbers have been worrying scientists for a long time.

A new study carried out in southern England showed Wednesday that streetlights – particularly those that use white light-emitting diodes (LEDs) – not only disrupt insect behavior but are also a culprit behind their declining numbers.

Artificial lights at night had been identified as a possible factor behind falling insect populations around the world, but the topic had been under-researched.

To address the question, scientists compared 26 roadside sites consisting of either hedgerows or grass verges that were lit by streetlights, against an equal number of nearly identical sites that were unlit.

They also examined a site with one unlit and two lit sections, all of which were similar in their vegetation.

The team chose moth caterpillars as a proxy for nocturnal insects more broadly, because they remain within a few meters of where they hatched during the larval stage of their lives before they acquire the ability to fly.

The team either struck the hedges with sticks so that the caterpillars fell out, or swept the grass with nets to pick them up.

"We were really quite taken aback by just how stark it was," lead author Douglas Boyes, of the U.K. Centre for Ecology and Hydrology, told Agence France-Presse (AFP), adding the team had expected a more modest decline of around 10%.

"We consider it most likely that it's due to females, mums, not laying eggs in these areas," he said.

The lighting also disturbed their feeding behavior: when the team weighed the caterpillars, they found that those in the lighted areas were heavier.

Boyes said the team interpreted that as the caterpillars not knowing how to respond to the unfamiliar situation that runs counter to the conditions they evolved in over millions of years, and feeding more, as a result, to rush through their development.

The team found that the disruption was most pronounced in areas lit by LED lights as opposed to high-pressure sodium (HPS) lamps or older low-pressure sodium (LPS) lamps, both of which produce a yellow-orange glow that is less like sunlight.

LED lamps have grown more popular in recent years because of their superior energy efficiency.

The paper acknowledged the effect of street lighting is localized and a "minor contributor" to declining insect numbers, with other important factors including urbanization and destruction of their habitats, intensive agriculture, pollution and climate change.

But even localized reductions can have cascading consequences for the wider ecosystem, resulting in less food for the birds and bats that prey upon insects.

Moreover, "there are really quite accessible solutions," said Boyes – like applying filters to change the lamps' color, or adding shields so that the light shines only on the road, not insect habitats.