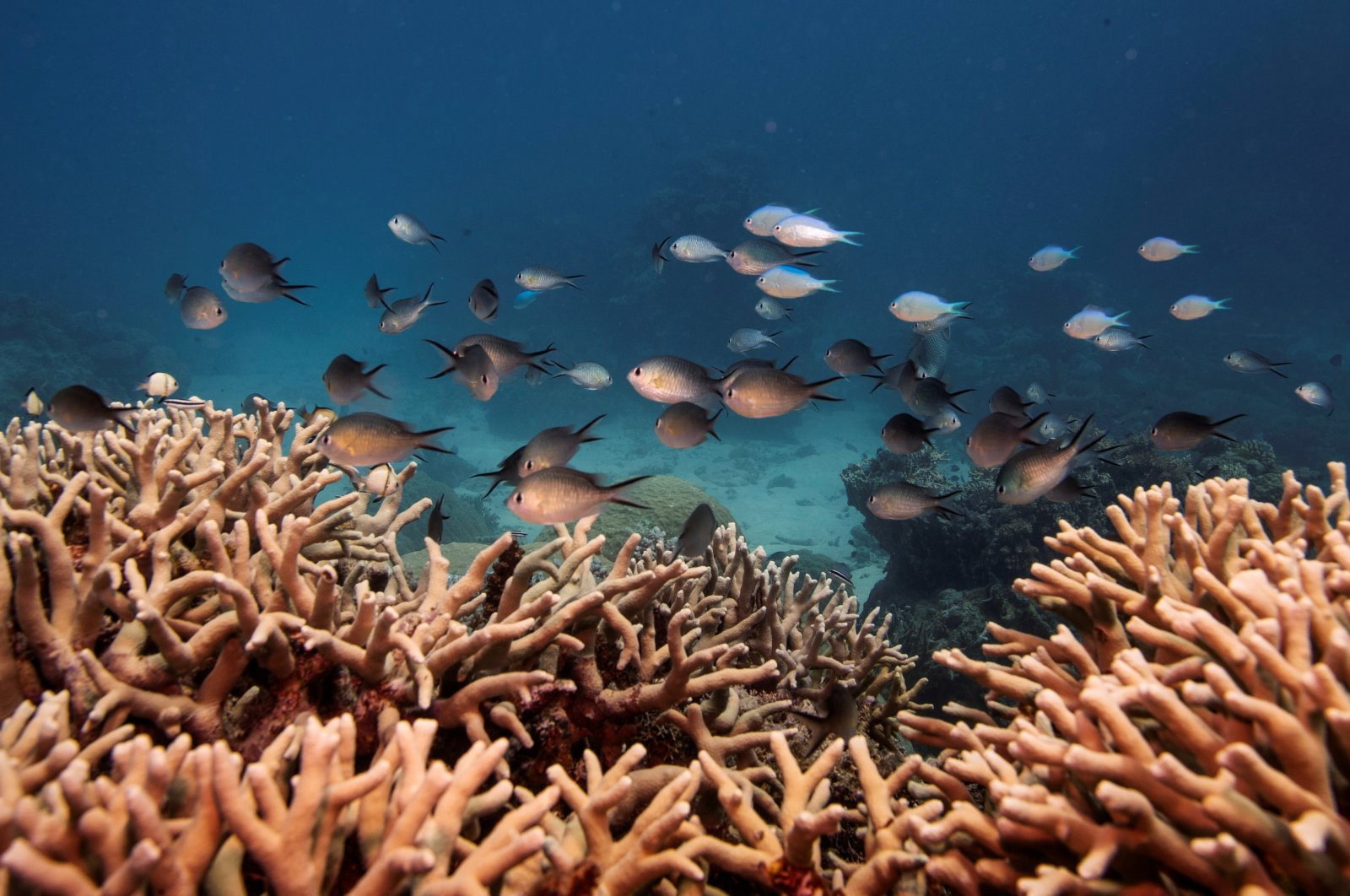 The oceans cover more than 70% of planet Earth, they are vital for the survival of innumerable species and they help stabilize the planet's atmosphere by absorbing and releasing heat over long periods of time. However, the oceans have been warming significantly, with the average global ocean heat content in the top 700 meters (2,300 feet) rising over half a degree Celsius (33 degrees Fahrenheit) since 2012. This rise in temperatures has already destroyed multitudes of biodiversity spots, particularly reefs, according to studies. Some marine scientists are on a mission to reverse the trend and protect these spots.

Marine scientist Deborah Brosnan remembers "feeling like a visitor at an amazing party" on her diving trips to a bay near the Caribbean island of Saint Barthelemy where she swam above coral reefs with nurse sharks, sea turtles and countless colorful fish.

However, on a return trip after Hurricane Irma ravaged the island in 2017, she dove the reef again and was shocked by what she saw.

"Everything was dead," she recalled in an interview with Reuters. "There were no sharks, no sea turtles, no sea grass, no living coral. I felt like I lost my friends."

Brosnan's experience helped spark a mission to create reef restoration technology. The project will span 1 hectare (2.6 acres) of dead reef off the coast of the Caribbean nation Antigua and Barbuda.

The project, known as Ocean-Shot, was announced Thursday at the Global Citizen's Forum. The technology, funded by U.S. entrepreneur John Paul DeJoria, the co-founder of Paul Mitchell hair products, mimics the design and shape of natural reefs to provide opportunities for colonization by corals and other marine life.

Brosnan, whose Washington-based company is leading the efforts, said scientists will test new technologies aimed at speeding up coral growth, which naturally takes up to a decade to restore 1 hectare. A nearby coral nursery will also grow several species that will eventually help populate the reef replacement.

Ocean-Shot launches at a crucial time. Scientists estimate up to half the world's coral reefs have already been lost and the rest are at risk.

From the Caribbean to the western Pacific, the effects of climate change have led to coral bleaching, a worrying uptick in ocean acidification and relentless hurricanes that have wreaked havoc on the world's reefs, Brosnan said.

It has been a challenge, too, to draw attention to the plight of coral reef.

"A lot of people don't fully appreciate the state of the ocean because they don't see it," Brosnan said.

Coral reefs support more than 25% of marine biodiversity, including turtles, fish and lobsters, which fuel global fishing industries. The reef is like an apartment building, Brosnan said, with different species living on each floor from the basement to the penthouse.

Serving as protective barriers for coastal communities against wave action, the coral reefs enable people to set up homes and businesses closer to the ocean.

Coral reefs mitigate sand flow to beaches, replenishing the sparkling white beaches that make the Caribbean a global tourist hot spot. The sand itself is thanks to coral and a very important local species that feeds on it.

If the world's remaining reefs continue to die, Brosnan predicts a major financial impact on fishing and tourism that island nations rely upon, which could fuel migration to more developed countries.

"It's a real concern as to where you can live if the coral reef disappears, how you can make a living if the fisheries are gone and where you have to move now," she said.

After the project's implementation in Antigua and Barbuda, officials hope to replicate Ocean-Shot in other locations in the Caribbean and Latin America, Brosnan said, adding there could be scope to bring it to other regions.