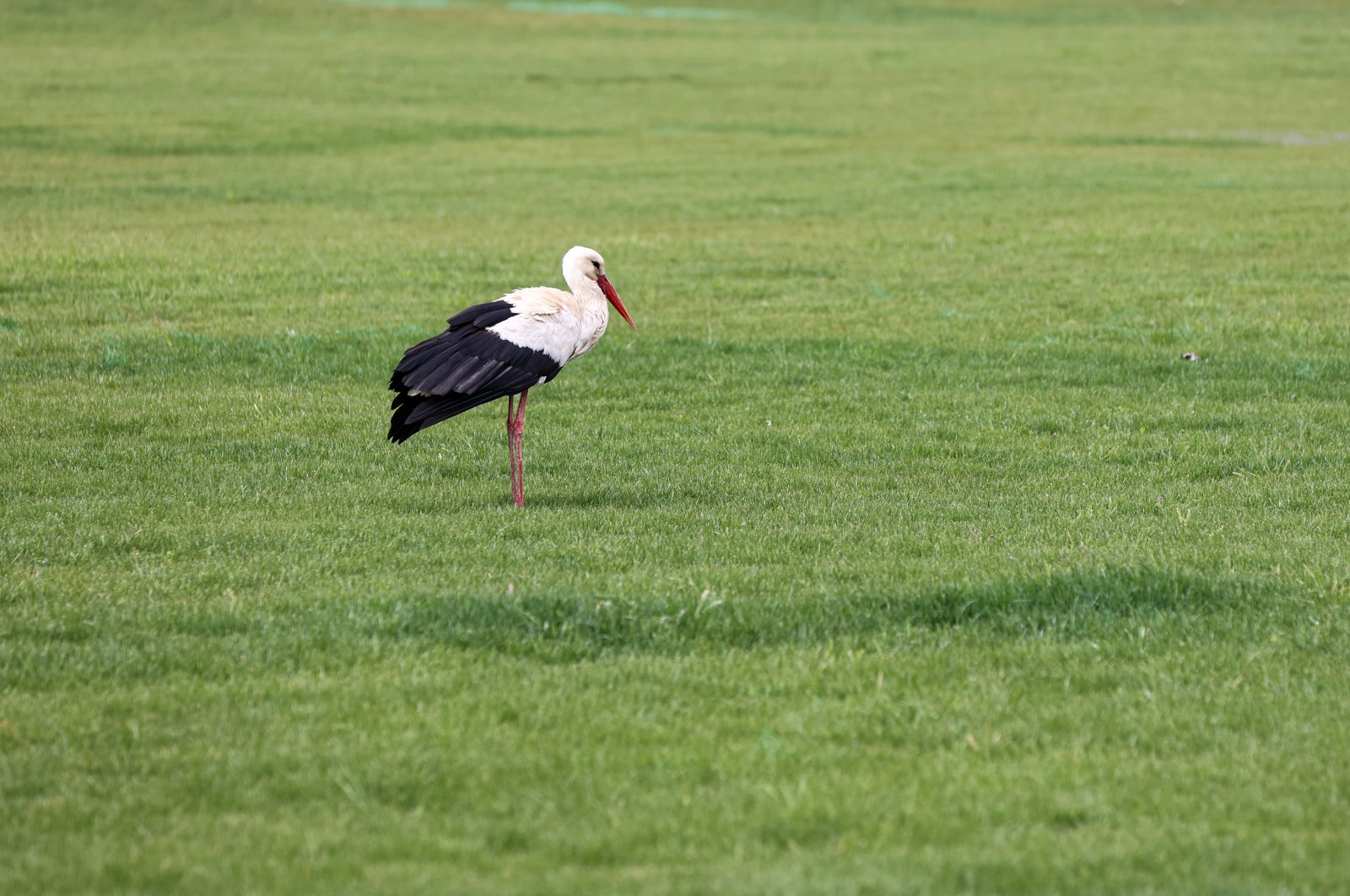 A flock of white storks on their way to Europe made a stop Wednesday at the green fields in Istanbul.

Footage released by Çekmeköy Municipality on the city's Asian side showed the migratory birds moving around on land amid snow flurries in the Turkish metropolis.

The flock probably waited for the snowfall to stop since adverse weather often hinders their flight.

The white storks, which are traditionally known as the bringer of babies to new parents, are known for their role in the discovery of bird migration.

Millions of birds fly through Turkey as they migrate from Europe to warmer regions, mostly in Africa, to avoid the freezing winter every year.

More than 500,000 storks migrate through Turkey every year, using the so-called eastern migration route. Sometimes as they migrate the birds make human friends such as in the locally famous case of a friendship between a stork and a Turkish fisherman in northwestern Bursa.

Key migration bottlenecks in Turkey are the Bosporus, Eastern Black Sea Mountains and the Amanos Mountains. Spring migration begins toward the end of March and may continue until early June, while fall migration peaks in September.