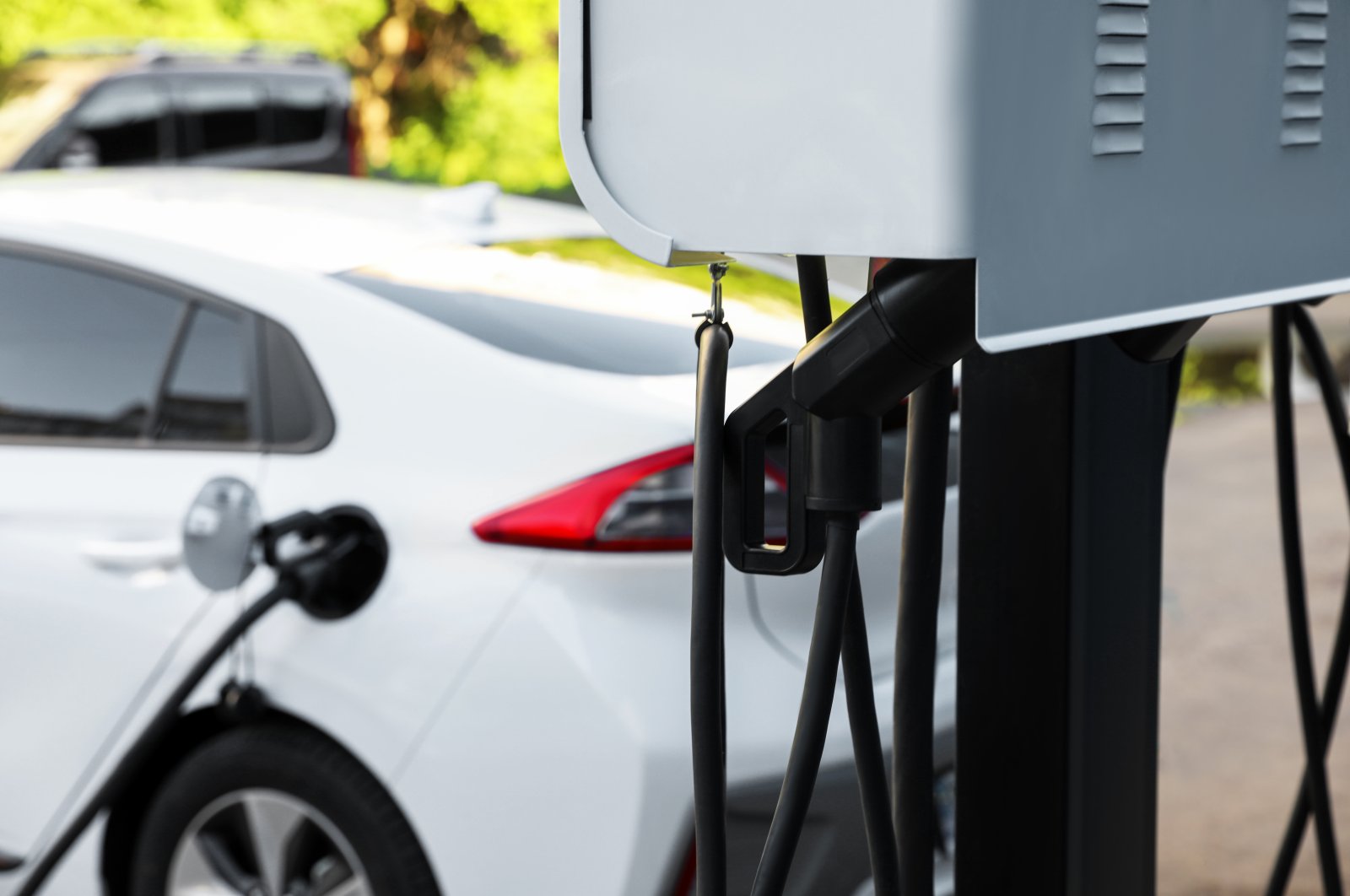 The Netherlands has always been known for being a nature-friendly country that encourages its citizens to take care of Mother Nature.

They are best known for bike-riding, but the climate-vulnerable Dutch are leading the way for electric cars with the largest number of charging stations in Europe.

Teslas and other vehicles can be seen plugged in on practically every street corner thanks to a network of some 75,000 stations – nearly a third of the entire EU total.

Investing to put enough charging stations in the reach of drivers is crucial for countries that have set targets for an all-electric car future.

For Nienke Bergsma, the lightbulb moment when she decided to buy an electric car came when four charging posts were installed at the bottom of her Rotterdam road.

Bergsma, a 37-year-old mature student living in the center of the port city, said she had wanted to "contribute to the protection of the environment."

While it was a headache at first to get used to the rhythm of charging, she said she was now "very happy" to have taken the leap.

Around one in every five of the 400,000 new cars sold annually in the Netherlands is now electric, due partly to tax breaks and other incentives during the last decade.

But the Dutch government has also ensured that drivers have the infrastructure to support efforts to kick the addiction to fossil fuels.

With one-third of the Netherlands lying below sea-level, the country is particularly at risk from climate change, which U.N. experts this week warned was at "code red."

The Dutch government wants all new cars to be electric from 2030 in the Netherlands, where road traffic accounts for a fifth of greenhouse gas emissions.

Despite its environmentalist image, the Netherlands is one of the EU's top five emitters, and has more cars per capita than France or Greece.

Prime Minister Mark Rutte – his VVD party is nicknamed the 'vroom-vroom' party due to long-time pro-car policies – only reversed course in recent years after court victories by climate groups that said the Netherlands was breaching EU rules.

Whatever the reasons, the trend is catching on, with the Netherlands proving particularly well-suited to electric vehicles.

Fully-charged, Nienke Bergsma's Volvo has a range of 400 kilometers (240 miles), a distance that the environment and natural sciences student practically never travels.

Short distances in one of Europe's smallest and most densely populated countries and a high-quality road network "encourage people to take up electric motoring," said Maarten van Biezen, co-leader of the Association of Electric Motoring (VER).

The Dutch began to encourage electric cars "very early," in 2012, far sooner than Paris or Berlin, he said.

In addition to the 75,000 public charging stations, around 190,000 Dutch people have their own charging post at home.

Around 30 percent of Europe's electric vehicle charging points are in the Netherlands, according to the European Automobile Manufacturers' Association.

France and Germany, the EU's biggest countries, round out the top three, each accounting for 20 percent of the bloc.

"No other country has the same density of charging points as the Netherlands," the Dutch government business agency RVO said.

Around half of the public or semi-public stations are in the two provinces where Amsterdam, The Hague and Rotterdam are located, accounting for a third of the country's population.

Most can be used just by scanning a card.

In towns, every electric car user has the right to a charging station within 200 meters of their home; while in the countryside motorists have their own posts, with 75% of those generating electricity for them by solar power.

The standard chargers "fill up" a car overnight or in several hours. Rapid chargers such as those at motorway service stations can refill cars' batteries in 30 minutes.

But despite everything there still aren't enough, said Bergsma, who charges her car every four nights.

Even avoiding the evening rush hour she often has to spend 15 minutes looking for a charger, and said she now always makes sure she never empties the battery to avoid getting stuck.

"It's frustrating," she said, pointing to a charger blocked by a large plant box.