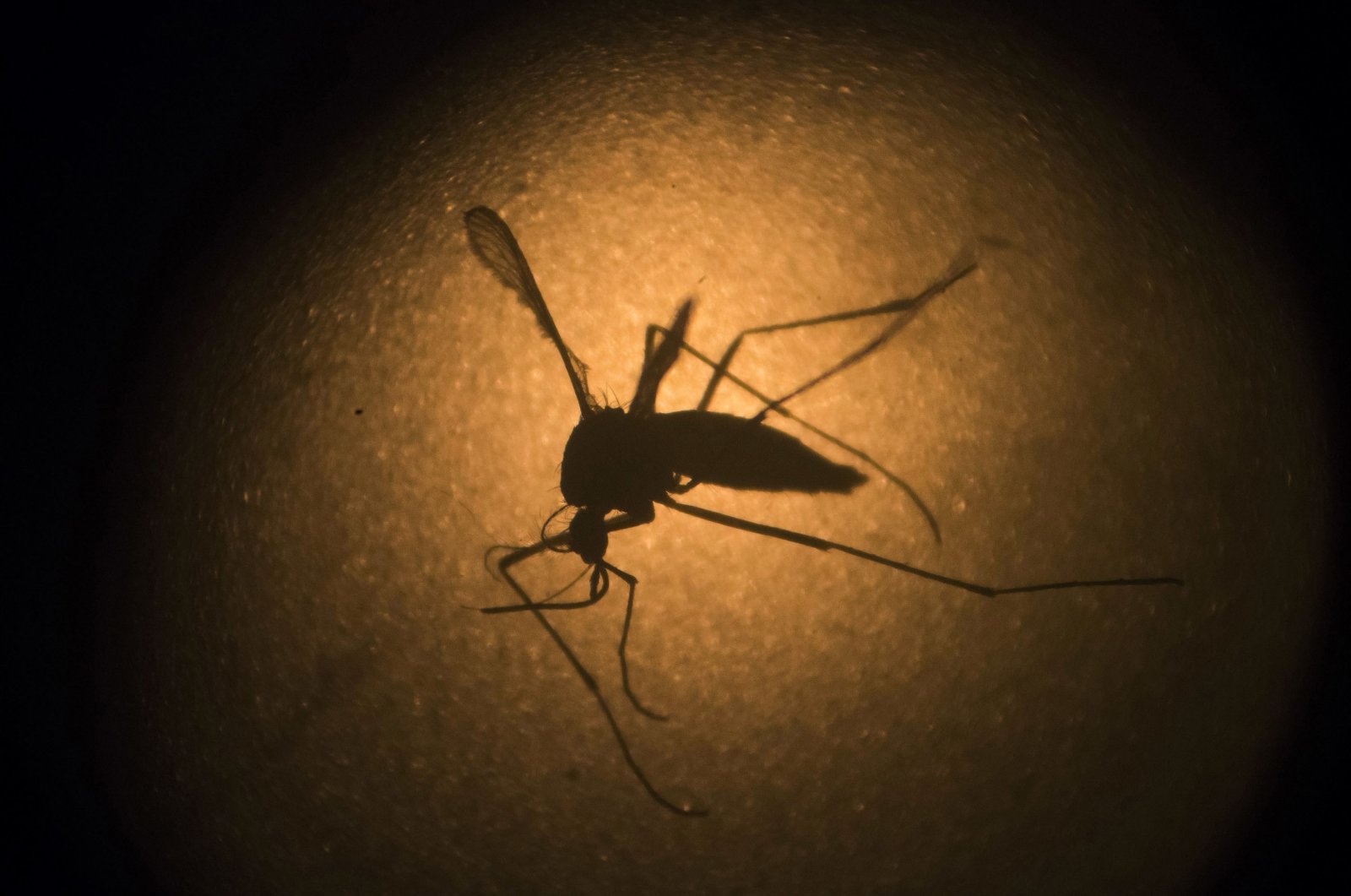 An Aedes aegypti mosquito known to carry the Zika virus is photographed through a microscope at the Fiocruz institute in Recife, Pernambuco state, Brazil on Jan. 27, 2016. (AP Photo)
by German Press Agency - DPA Feb 10, 2021 5:08 pm
RECOMMENDED

Yet another new invasive species appears in South Florida – this one a mosquito that was last officially documented in the Florida Keys 75 years ago.

The Aedes scapularis has been confirmed in Miami-Dade and Broward counties, according to a new study published in the Journal of Medical Entomology by Miami-Dade Mosquito Control Division, Broward Mosquito Control Section and Lawrence Reeves, an entomologist at the University of Florida.

A native of South America and the Caribbean, the mosquito was found last year in regularly monitored traps in Florida City and in Broward County. The identity was confirmed through DNA sequencing last year, said Miami-Dade County Mosquito Control Research Director Chalmers Vasquez.

"This is a very aggressive mosquito, like the ones that attack people in the Everglades," he said. That pest, the black salt marsh mosquito, can swarm visitors at certain times of year in Everglades National Park, where large-scale mosquito control tactics like spraying are not allowed.

While it's a big biter, the new mosquito may be a more limited threat than the Zika and Dengue-carrying Aedes aegypti, which is highly adapted to urban areas. The Aedes scapularis doesn't usually live in densely populated areas, he said.

And although the species is known to spread yellow fever, Venezuelan equine encephalitis virus and other human pathogens in its native range, there is no evidence that it poses any risk to human health or to animals in South Florida, Vasquez said.

"This species is not very well established yet, so we have not seen any cases of disease transmission. But we will keep an eye on it as we do with other mosquitoes that live here," he said. Miami-Dade monitors more than 320 mosquito traps set throughout the county to analyze species and prevalence in different areas.

The confirmation of a new bug that's calling South Florida home is yet another reminder that Miami-Dade is a gateway for invasive species. Scientists will now watch how far the Aedes scapularis will spread. The only other time it was confirmed in Florida was in 1945 when three larval specimens were collected in the Florida Keys.

"The Florida Strait was likely a geographic barrier for the species, and now that it has crossed that barrier, Aedes scapularis could potentially spread further northward and westward to fill any contiguous areas that are environmentally suitable," Reeves told Entomology Today.

Of Florida's 16 established nonnative mosquitoes, 13 were first detected in the state since 1985, and 10 were first detected since 2000, Reeves said. "To speculate: There is a possibility that recent trends in climate, trade, and/or human movement are promoting nonnative mosquitoes in Florida, and that our detection of Aedes scapularis is part of that trend," he said.