Norway brings skiing to people after no-show from snow 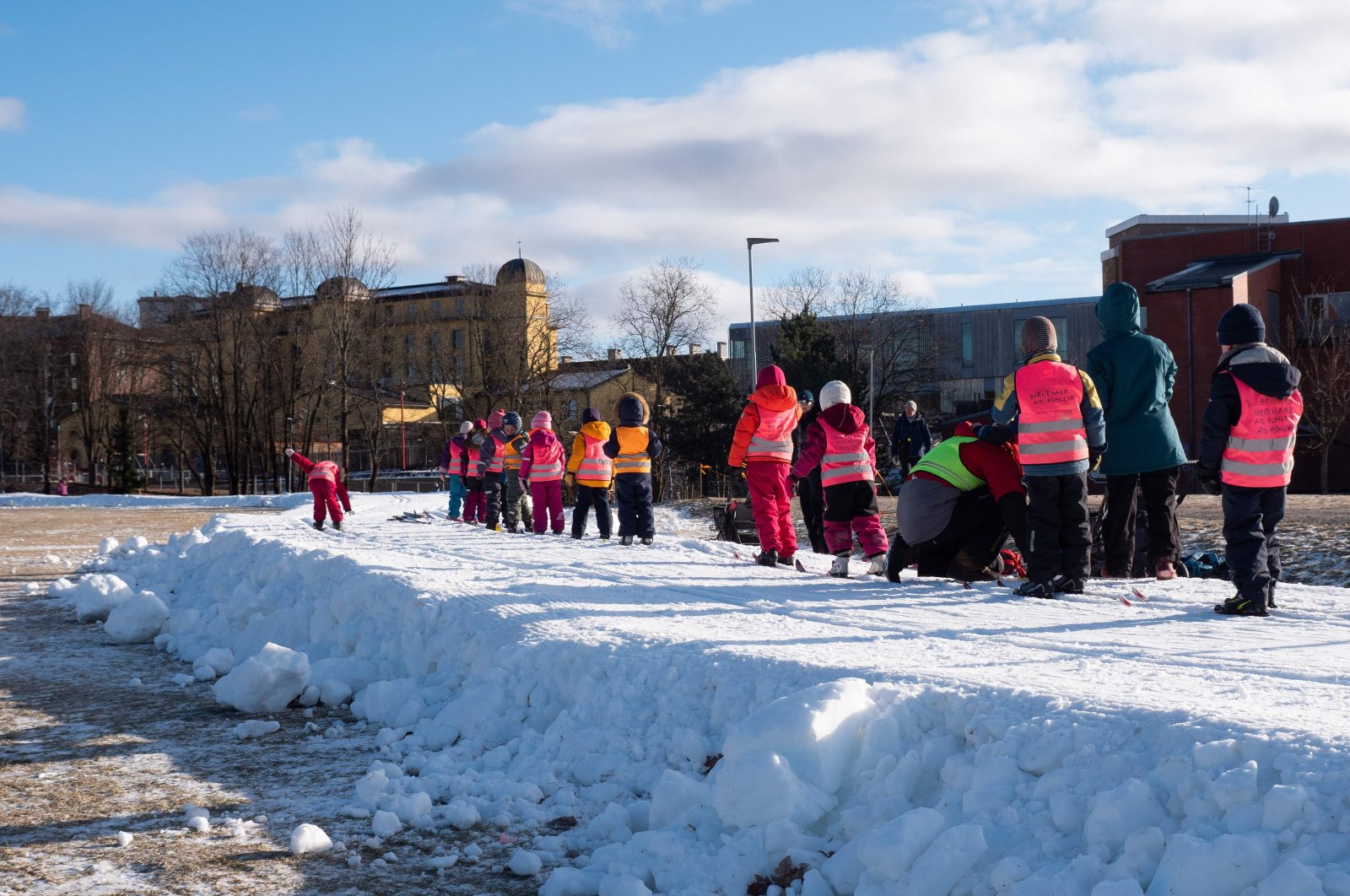 As the saying goes, Norwegians are born with skis on their feet, but with a lack of snow due to rising temperatures and winter passing with COVID-19 restrictions in lockdown, Norway has seen a decline in its skiing appeal. So, in efforts to reinvigorate the nation's much-loved sport and provide fun alternatives to its people, authorities are now bringing snow and ski trails to downtown Oslo.

For the past few weeks, big trucks have been dumping hundreds of cubic meters of fluffy white stuff, made by snow cannons perched on the hills outside the capital, in the city's still-green parks. Packed down or groomed with cross-country trails, the parks have transformed into winter wonderlands for skiing enthusiasts of all ages: little children on excursions with their daycare groups, active seniors, and office workers taking a break from their work-from-home schedule.

"For three months, we've had very strict corona restrictions in Oslo, but we can still go outside," city councillor Omar Samy Gamal told Agence France-Presse (AFP), as a grooming machine behind him prepared a snowboarding hill in the Torshovdalen park.

"Since we haven't had a lot of snow this winter, we're doing what we can to bring it to the people. We're bringing them a little bit of 'marka,'" he said. The word refers to the wooded hills outside Oslo, popular among urban dwellers for long walks, or more frequently, skiing after work or at the weekend.

The first snowfall of the season in early January caused long traffic queues, and, more worryingly during the pandemic, crowded commuter trains. "We don't want people packed together. We want them to keep their distance from each other, and the best way to ensure that is to make use of local public spaces," Gamal says.

Four Oslo parks, including the one belonging to the royal palace, have already been or will be partially covered in artificial snow to quench locals' thirst for sledding and skiing.

"It's extremely important to keep people active without everyone having to take the same train to leave town," stated Miriam Heen Skotland, a psychologist out cross-country skiing in the Voldslokka park on her lunch break.

"I try to limit how much I use public transport. If I want to go to the 'marka,' I have to take the train. So it's better to be able to come here on foot," Karen Margrethe Igland, a nurse and also a ski enthusiast, said about the converted ski-park which is only 10 minutes away from her home.

One of the main reasons for a lack of snow in Norway's beautiful sites has been climate change. Temperatures have been rising around the world in an alarming rate as 2020 tied with 2016 as the hottest year on record, resulting in large scale disasters such as the devastating deluge of water and debris crashing downstream from a Himalayan glacier. Experts are warning that the same could happen to other glaciers in the Himalayas or other places around the world.

Norway has been impacted significantly by the changing climate as well. According to the Norwegian Meteorological Institute, Oslo has over the past 30 years lost 21 winter days, defined as days where the temperature dips below 0 degrees Celsius (32 degrees Fahrenheit).

The city could lose another 26 winter days by 2050, the Institute has warned. "When I was young, it wasn't hard to predict the weather in winter: it was often cold and there was usually a lot of snow," Norway's Education Minister Guri Melby said in January when new climate measures were presented.

"But for Christmas this year I wasn't sure whether I should buy my kids a sled, because the winters nowadays are much milder with a lot fewer snowmen and ski days," she said. Meanwhile, in an almost sacrilegious move, Norway opened its first indoor ski center in early 2020. It is however currently closed to the general public because of COVID-19 restrictions.

With Oslo fighting its battle against the thermometer, is it really reasonable to transport tons of snow by truck?

The vehicles run on biodiesel, with hydrotreated vegetable oil, the city notes. "Using these carbon-neutral trucks to bring snow to the people so that they won't use their own car to drive to the 'marka', I think it's a pretty beneficial equation for the climate," stated driver Tom Kjetil Tangen.