Rescue efforts continue to save tortoises in French wildfire 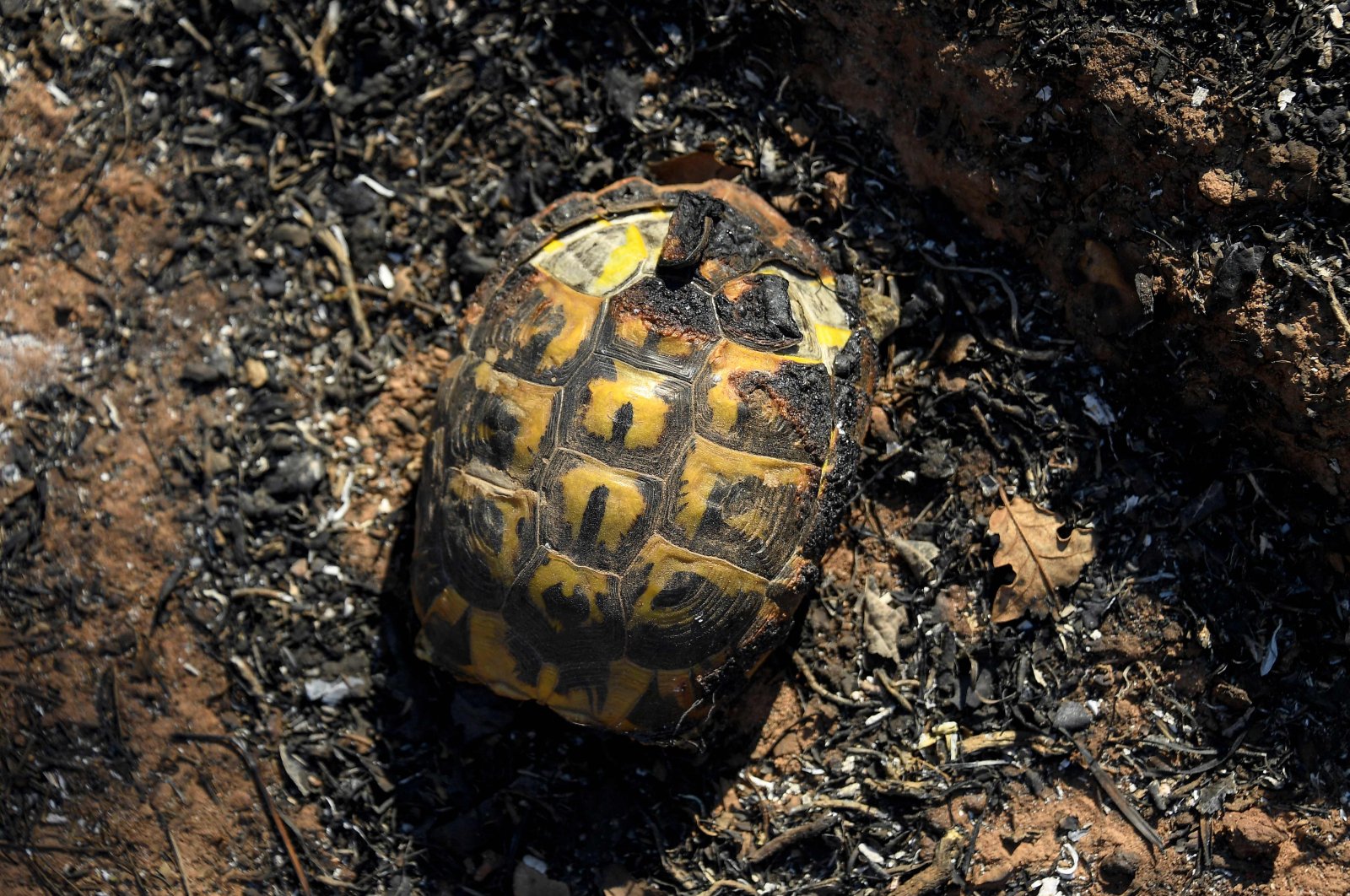 The French Riviera has been ablaze with wildfires, the country's worst in living memory, that have affected vital ecosystems and endangered local wildlife.

In a deadly silent and scorched landscape, French scientist Dominique Guicheteau lies on his front, plunges his hand under a rock and brings out a Hermann's tortoise.

This one, at least, appears to have survived the raging wildfire's merciless passage through a biodiversity hotspot in southern France, near the glitzy resort of Saint Tropez.

For four days firefighters have battled the blaze that killed two and forced thousands to flee. A few kilometers (miles) away, the struggle continues.

Equipped with antennas, around 20 specialist volunteers are Thursday on the lookout for the creatures with black and yellow-patterned carapaces still in the area, home to 241 protected species.

So far, the group has found 31 alive, and one dead. But the happy average is far from a coincidence.

"We headed to the areas where we knew the tortoises might survive, thanks to the rocks" that protect from the flames, says Guicheteau, the scientific director of Plaine des Maures natural reserve.

The tortoises are plunged into a bowl of water, weighed and measured. The volunteers then carefully put them back in their now-burnt natural habitat where they will have to wait for autumn and rain to feed on grass, before hibernating.

As wildfires supercharged by climate change-induced drought and heat waves ravage parts of Europe, conservationists are increasingly concerned for the fate of wild species.

"Fires falling outside natural patterns are jeopardising the survival of wildlife, which are killed or injured through direct contact with smoke and flames or suffer widespread habitat destruction," Margaret Kinnaird, global wildlife practice leader at WWF International, told Agence France-Presse (AFP) this week.

Climate change amplifies droughts that dry out regions, creating ideal conditions for wildfires to spread out of control and inflict unprecedented material and environmental damage.

In France's worst blaze of the summer, half of the arid Plaine des Maures natural reserve – filled with cork oaks and poplars and home to bats, tree frogs and other reptiles – has been burnt.

Hermann's tortoise is already classified as "vulnerable" on the International Union for Conservation of Nature's (IUCN) Red List of Threatened Species.

Scientists estimate there are around 15,000 in the Var department, and 10,000 in the natural reserve.

"It's an ecological catastrophe, unparalleled in France," said Marie-Claude Serra, the park conservator.

Although the tortoise's slowness makes it hard to outrun the flames, it has proven its toughness throughout the ages – first appearing on Earth some 250 million years ago.

"The tortoise can fast for several weeks, but the risk with fires is that it becomes dehydrated," Sebastien Caron, who heads the Station of Observation and Protection of Tortoises in Carnoules, told AFP on site.

If the tortoise makes it through the flames, it will probably survive afterward, says Caron.

But the exact consequences on the reproduction of the species – that can live until 60 – will only be known in around 30 years, he adds.