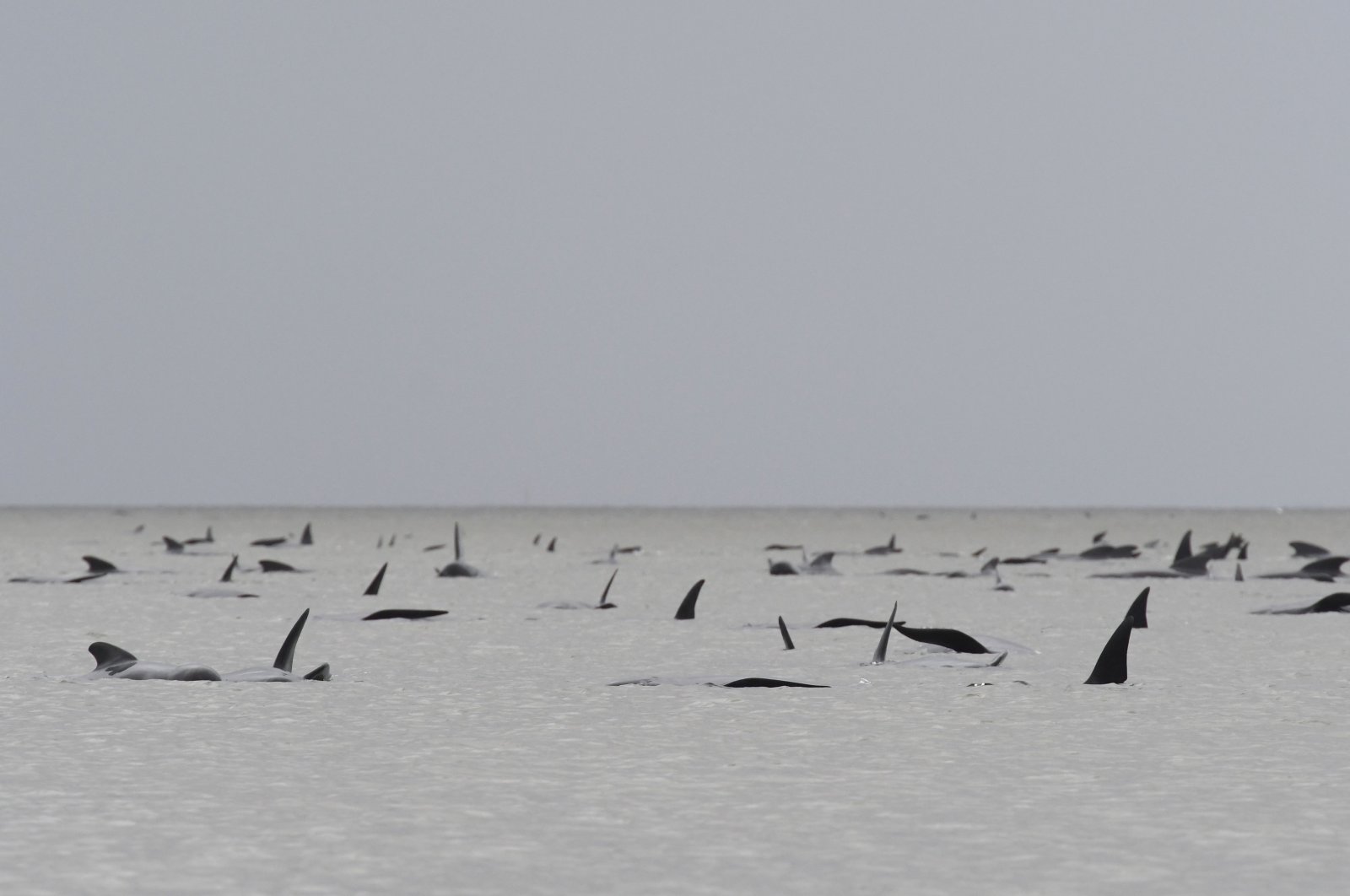 A pod of whales seen stranded on a sandbar in Macquarie Harbour on the rugged west coast of Tasmania, Australia, Sept. 22, 2020. (AFP/Brodie Weeding/The Advocate)
by French Press Agency - AFP Oct 17, 2020 9:30 am

Conservationists on Saturday were working to save a large pod of whales stranded in shallow water off New Zealand's Coromandel Peninsula.

"Around 40 whales were sighted and sadly 25 have stranded," a spokesman for the conservation group Project Jonah said.

Project Jonah general manager Darren Grover told reporters they were trying to keep the whales cool and healthy and would try to refloat them on the evening high tide.

The whales were stranded on a beach in the Coromandel Peninsula. Auckland, the country's biggest city, lies 55 kilometers (34 miles) to the west, on the far shore of the Hauraki Gulf.

Pilot whales, which can grow to more than six meters (20 feet) long, are prolific stranders and more than 376 died in a mass stranding in Australia last month.

That was Australia's largest-ever mass stranding, with around 470 pilot whales stuck in a remote harbor on Tasmania's rugged western seaboard, sparking a major effort to save the animals.