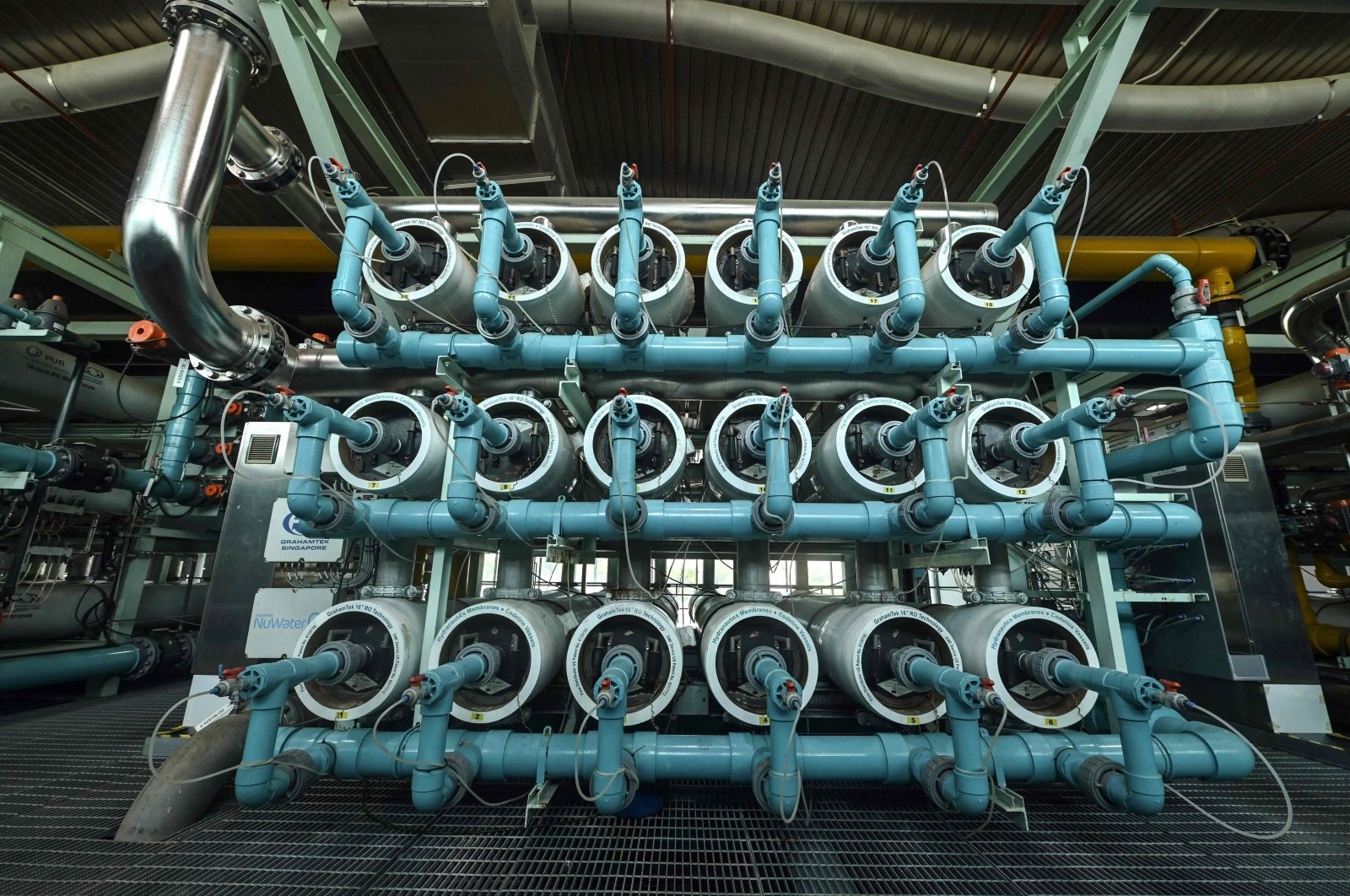 Struggling to provide clean water to its population, Singapore has come up with an innovative solution to boost its self-reliance and reduce ocean pollution.

Giant pumps whir deep underground at a plant in Singapore that helps transform sewage into water so clean it is fit for human consumption.

The tiny island nation has little in the way of natural water sources and has long had to rely principally on supplies from neighboring Malaysia.

To increase self-sufficiency, the government has developed an advanced system for treating sewage involving a network of tunnels and high-tech plants.

Recycled wastewater can now meet 40% of Singapore's water demand – a figure that is expected to rise to 55% by 2060, according to the country's water agency.

While most is used for industrial purposes, some of it is added to drinking water supplies in reservoirs in the city-state of 5.7 million people.

And the system helps reduce maritime pollution, as only a small amount of the treated water is discharged into the sea.

This is a contrast to most other countries – 80% of the world's wastewater flows back into the ecosystem without being treated or reused, according to U.N. estimates.

"Singapore lacks natural resources and it is limited in space, which is why we are always looking for ways to explore water sources and stretch our water supply," Low Pei Chin, chief engineer of the Public Utilities Board's water reclamation department, told Agence France-Presse (AFP).

One key strategy is to "collect every drop" and "reuse endlessly," she added.

This is in addition to the city-state's other main approaches to securing water supplies – importing it, using reservoirs and desalinating seawater.

At the heart of the recycling system is the high-tech Changi Water Reclamation Plant on the city's eastern coast.

Parts of the facility in land-scarce Singapore are underground – some as deep as 25 stories – and it is fed by wastewater that flows through a massive, 48-kilometer (30-mile) tunnel, linked to sewers.

The site houses a maze of steel pipes, tubes, tanks, filtration systems and other machinery, and can treat up to 900 million liters (237 million U.S. gallons) of wastewater a day – enough to fill an Olympic-sized swimming pool every 24 hours for a year.

In one building, a network of ventilators has been installed to keep the air smelling fresh, although a putrid whiff still hangs in the air.

Sewage that arrives at the plant undergoes an initial filtering process before powerful pumps send it flowing to facilities above ground for further treatment.

There, the treated water is further cleansed, with impurities like bacteria and viruses removed through advanced filtration processes, and disinfected with ultraviolet rays.

The end product, dubbed "NEWater," is mainly used in microchip manufacturing plants – which are ubiquitous in the city-state and require high-quality water – and for cooling systems in buildings.

But it also helps boost drinking water supplies. During the dry season, it is sent to top up several man-made reservoirs and, following further treatment, flows to people's taps.

Singapore is expanding its recycling system.

It will add an extra underground tunnel and a major water reclamation plant to serve the western half of the island, which should be completed by 2025.

Singapore will have spent SG$10 billion ($7.4 billion) on upgrading its water treatment infrastructure by the time the expansion is finished.

The neighbors have had stormy ties since Malaysia ejected Singapore from a short-lived union in 1965, and they have in the past had rows over water supplies.

"There is a limited amount of water on the planet," he told AFP.

"If we were to keep polluting the freshwater, at some stage we would reach the point where ... treatment becomes extremely expensive."