Scientists attempt to form clouds to save Great Barrier Reef 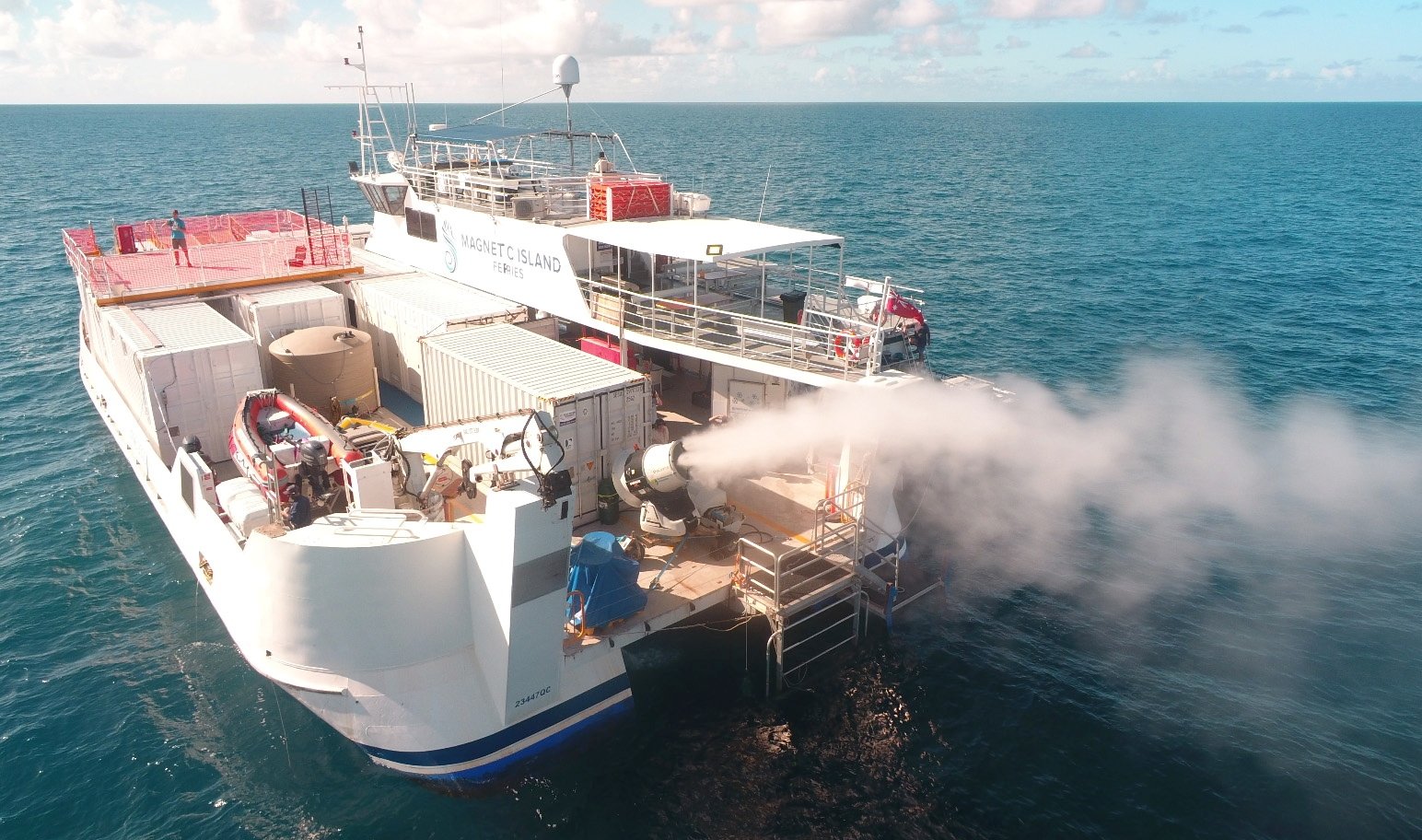 Plume from sprayer jets on a vessel is seen during the second field trial at Broadhurst Reef on the Great Barrier Reef, Queensland, Australia, March, 2021. (Southern Cross University via Reuters)
by Reuters Sep 28, 2021 10:23 am
RECOMMENDED

Anyone familiar with the film "Geostorm," will catch the concept of what Australian scientists are trying to do to protect the Great Barrier Reef as they spray droplets of ocean water into the sky to form clouds, attempting to manipulate the weather to slow the speed at which high temperatures and warm waters bleach the corals of the reef, an environmental treasure.

Researchers working on the "Cloud Brightening" project said they use a turbine to spray microscopic sea particles to thicken existing clouds and reduce sunlight on the world's largest coral reef ecosystem located off Australia's northeast coast.

The water droplets evaporate leaving only tiny salt crystals that float up into the atmosphere allowing water vapor to condense around them, forming clouds, said Daniel Harrison, a senior lecturer at Southern Cross University, who runs the project.

"If we do it over an extended period of time for a few weeks to a couple of months when the corals are experiencing a marine heat wave we can actually start to lower the water temperature over the Reef," said Harrison.

The project had its second trial in March, the end of the Southern Hemisphere summer when the Reef off Australia's northeast is at its hottest, gathering valuable data on the atmosphere when corals are at most risk of bleaching.

A combination of light and warm water causes coral bleaching. By cutting light over the reef by 6% in summer, "bleaching stress" would be cut by 50% to 60% on the undersea ecosystem, Harrison said.

But the benefits of cloud brightening would lessen over time unless other measures slowed the march of climate change.

"If we do have really strong action on climate change then the modeling shows that the cloud brightening is enough to stop the reef declining and to actually see it through this period while we reduce our carbon emissions," he said.

One of Australia's best-known natural attractions, the Great Barrier Reef came close to being listed as an endangered World Heritage Site by the United Nations, although it avoided the designation following lobbying by Australia.