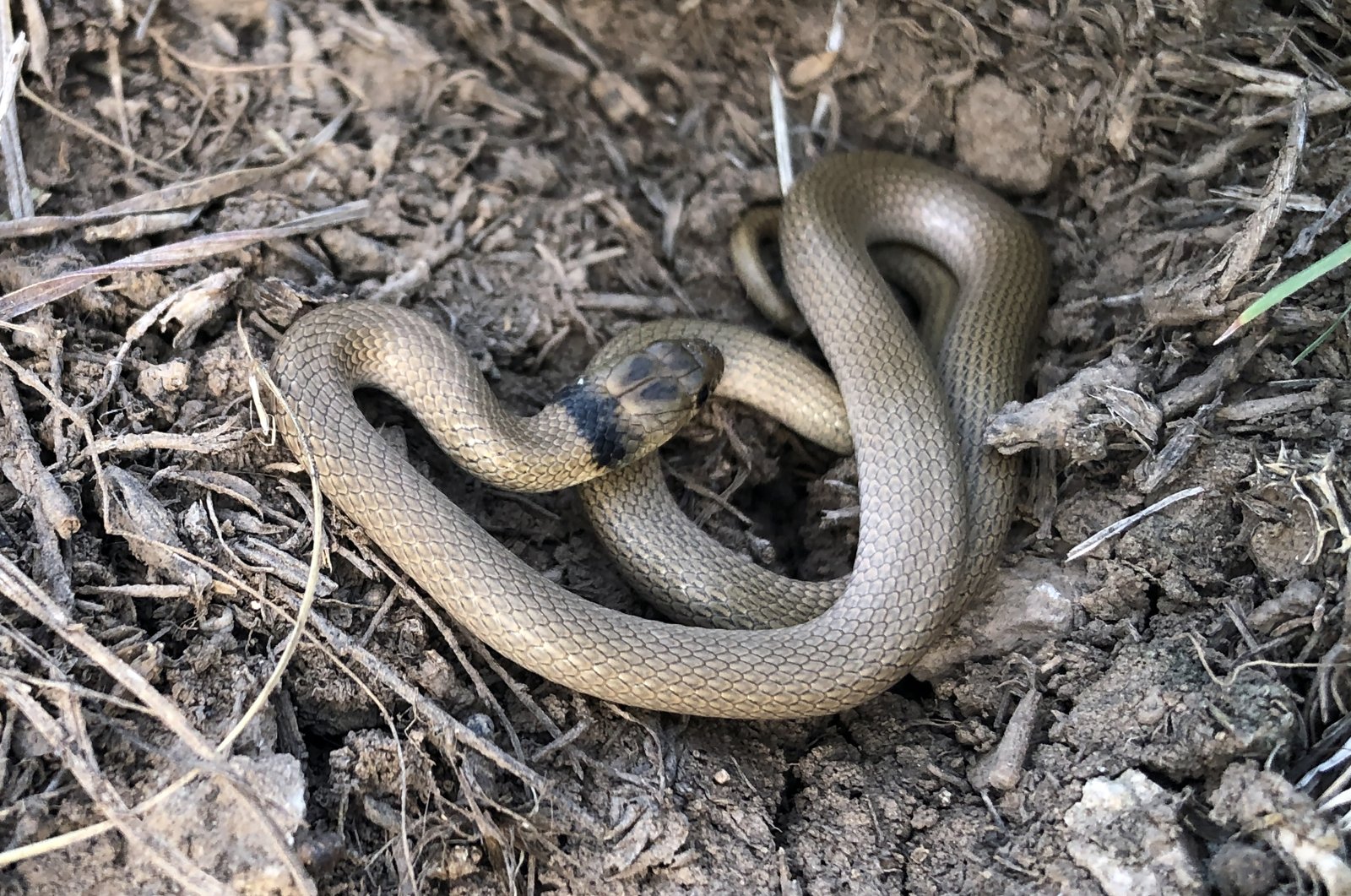 The preservation of rare and endemic species is a crucial and difficult subject, and Turkey is a country abundant with these kinds of varied animals thanks to its climate and geographic conditions. One of these species, the unique Anatolian meadow viper, has recently been on the forefront as experts believe the limbless reptile faces a serious threat of extinction due to habitat loss.

Climate change, habitat loss and human-wildlife competition put endangered species under threat around the world, and the Anatolian meadow viper is no different.

"The Anatolian meadow viper, also known by its Latin name Vipera anatolica, lives only within the areas of Antalya province at an altitude of 1,500 meters to 2,500 meters (4,921 feet to 8,202 feet) in the central and western Taurus Mountains," said Mert Karış, an expert on herpetology, the branch of zoology concerned with reptiles and amphibians.

Speaking to Anadolu Agency (AA), Karış, who is also a lecturer at the Nevşehir Hacı Bayram Veli University, said the first member of the species was discovered in 1970 in the Çığlıkara Nature Reserve, located in the Elmalı district of Antalya province.

The species can be found in forests with karst limestones and glade, he said in the interview taken ahead of "Endangered Species Day," marked annually on the third Friday of May.

After first being spotted, the viper species disappeared for 40 years until 2014. Karış, along with Bayram Göçmen, a renowned Turkish zoologist, once again spotted the species and located its existence in the Çığlıkara forests.

"Then, two years later, we discovered that there was a new population in the Geyik Mountains in central Taurus, as in 2017, it was recorded in scientific records as a new subspecies of the Anatolian viper," he said.

Touching on the nature of the unique species, Karış said that the Anatolian vipers' maximum adult length is only 40 centimeters to 50 centimeters (15 inches to 19 inches) and they feed on grasshoppers, especially those who belong to the Acrididae family.

The endemic Anatolian meadow viper is listed as a critically endangered species on the International Union for Conservation of Nature (IUCN)'s Red List of Threatened Species.

"In this context, although it is a poisonous species, it does not pose any danger to humans since its adaptation is based on eating locusts," Karış said, adding that venomous snakes will only bite defensively when they feel under pressure and stress.

Karış pointed out the danger of habitat loss can be caused by various factors such as climate change, mining activities and transhumance.

"Since the habitats of these species are mostly in the higher altitudes, and there is a transhumance culture in the higher parts of the Taurus, people should conduct their activities in a controlled manner so as not to harm this species, and there is need for being more cautious while establishing new settlements and grazing animals," he noted.

Touching on mining activity as another threat, he stated that there are stone quarries in the region that pose a danger to the habitats of Anatolian vipers.

"In fact, as a result of our work, we succeeded in obtaining a stay order against mining activity. However, the establishment of new quarries should be prevented," he added.

He went on to say that global warming caused by climate change prevents the distribution of this species, as with many others, and will force the species to be stuck in one area.

"If we do not protect animals in danger of extinction, we will not be able to pass them on to future generations and we may risk losing our biodiversity and perhaps ecotourism in the future," he added.

Since this species also plays an important role in the food chain, they maintain ecological balance, Karış noted.

"This is a very special species for me, after its discovery, it has not been seen for years, the rediscovery of it and the discovery of a new subspecies has given us hope that this viper will continue its population," he concluded.