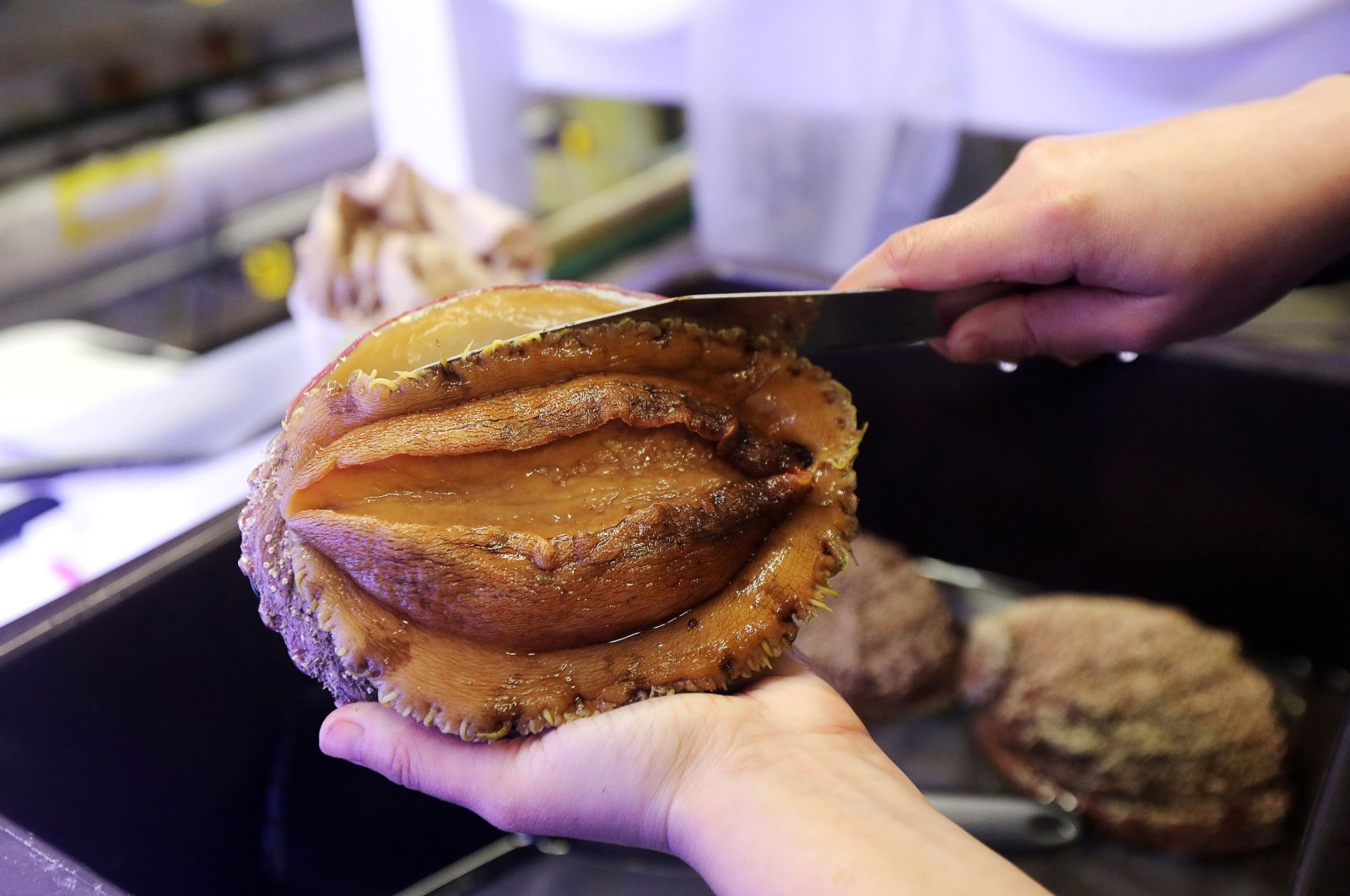 A white abalone sea snail is examined prior to a spawning event at the University of California's Davis Bodega Marine Laboratory in Bodega Bay, California, U.S., March 18, 2021. (Reuters Photo)
by Reuters May 05, 2021 1:31 pm
RECOMMENDED

Scientists have been trying new and innovative techniques to preserve endangered species in recent years. Inspired by ancient practices, California-based researchers are attempting to save the white abalone from extinction by acting as matchmakers, with the help of "chemical love potions."

"White abalone are on the brink of extinction. They cannot come back without our help," said Kristin Aquilino, lead scientist for the White Abalone Captive Breeding Program, based at the University of California, Davis Bodega Marine Laboratory.

The mollusk, once common in the coastal waters of Southern California and Mexico, has been on the U.S. federal endangered list since 2001, its population depleted by overfishing, low reproduction rates and disease.

After about a decade during which no white abalone spawned, Aquilino's team managed to increase their numbers by stirring up a little love potion.

On breeding days, Aquilino and her team are up before dawn, scooping up the wild sea snails from tanks. "We're hoping she releases those eggs today," Aquilino said, while holding a female abalone, marked by her gray-colored gonad.

In the day-long process, the scientists soak the snails for hours in what they call a "chemical love potion" of seawater and hydrogen peroxide, providing an aphrodisiac for the bottom dwellers to release their sperm and eggs.

"The abalone are terrible at long-distance relationships," Aquilino said. "We're putting them in a really romantic solution ... to get them to release those gametes for us so that we can combine them in a laboratory setting and create offspring that will end up back out in the wild."

Spawning numbers reached 25,000 in 2019, but dipped in 2020 as pandemic lockdowns limited the lab to just one event for the season. However, the larvae spawned then had among the highest survival rates so far, Aquilino said.

"We want to make sure we're not stressing them out too much," Aquilino said. "Hopefully that little bit of extra time gives them some more time to become very productive."

Embryos formed are packed in bags and shipped to partner institutions in California so that the juvenile abalone have a better chance of survival with more space.

For Aquilino, the work is personal. As a graduate student, she met her husband on a red abalone survey dive. Her engagement ring features an abalone pearl. And their daughter plays with a fake abalone farm tank at home.

"It has become a really important part of my identity and my family's identity," Aquilino said.