We will not accept giving up on Paris climate deal: Greta Thunberg 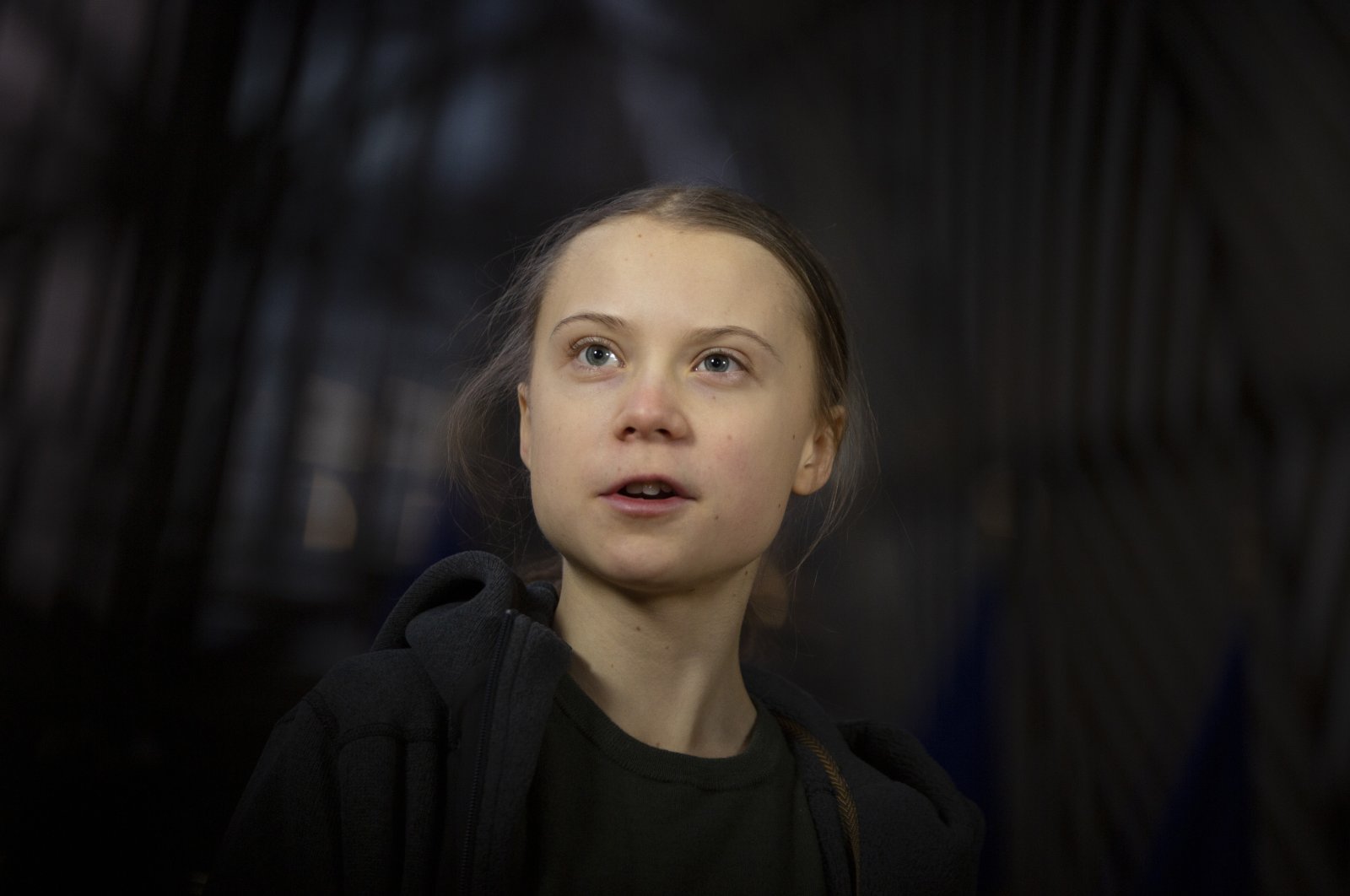 Swedish teenage activist Greta Thunberg speaks with the media as she arrives for a meeting of the Environment Council at the European Council building in Brussels, Belgium, March 5, 2020. (AP File Photo)
by ASSOCIATED PRESS May 04, 2021 10:58 pm
RECOMMENDED

Swedish activist Greta Thunberg accused those in power of having "given up" on the 2015 Paris climate deal to limit global warming.

“We will not accept that ... we, the younger generation,” Thunberg told a virtual press conference on Tuesday.

She and three others teenagers from her Fridays for Future movement spoke with Swedish Prime Minister Stefan Lofven ahead of this year’s U.N. global climate summit in Glasgow, Scotland, in November.

The Paris climate deal asks both rich and poor countries to take action to curb the rise in global temperatures that is melting glaciers, raising sea levels and shifting rainfall patterns.

By November, the U.N. climate negotiating process calls for 200 nations to ratchet up commitments to cut emissions of heat-trapping greenhouse gases by 2030. The rich countries need to come up with more money to help the poor countries develop greener power and adapt to climate change’s harsh realities. And nations need to agree on a price on carbon pollution after several years of gridlock.

“I think compromises will be needed,” Thunberg told reporters. “We must also remember that we can’t compromise the laws of physics.”

Thunberg, 18, has encouraged students to skip school to join protests demanding faster action on climate change, a movement that has spread beyond Sweden to other European nations and around the world.

“We don’t enjoy being the bad guys, having to tell the uncomfortable stuff," Thunberg said in English, urging others to speak up on such an important topic.

“We all have to step out of our comfort zones, more or less, and this responsibility should not fall on us – teenagers, young people, activists and scientists," she said. “Because that’s not our job, our job is to be teenagers and do what teenagers do.”