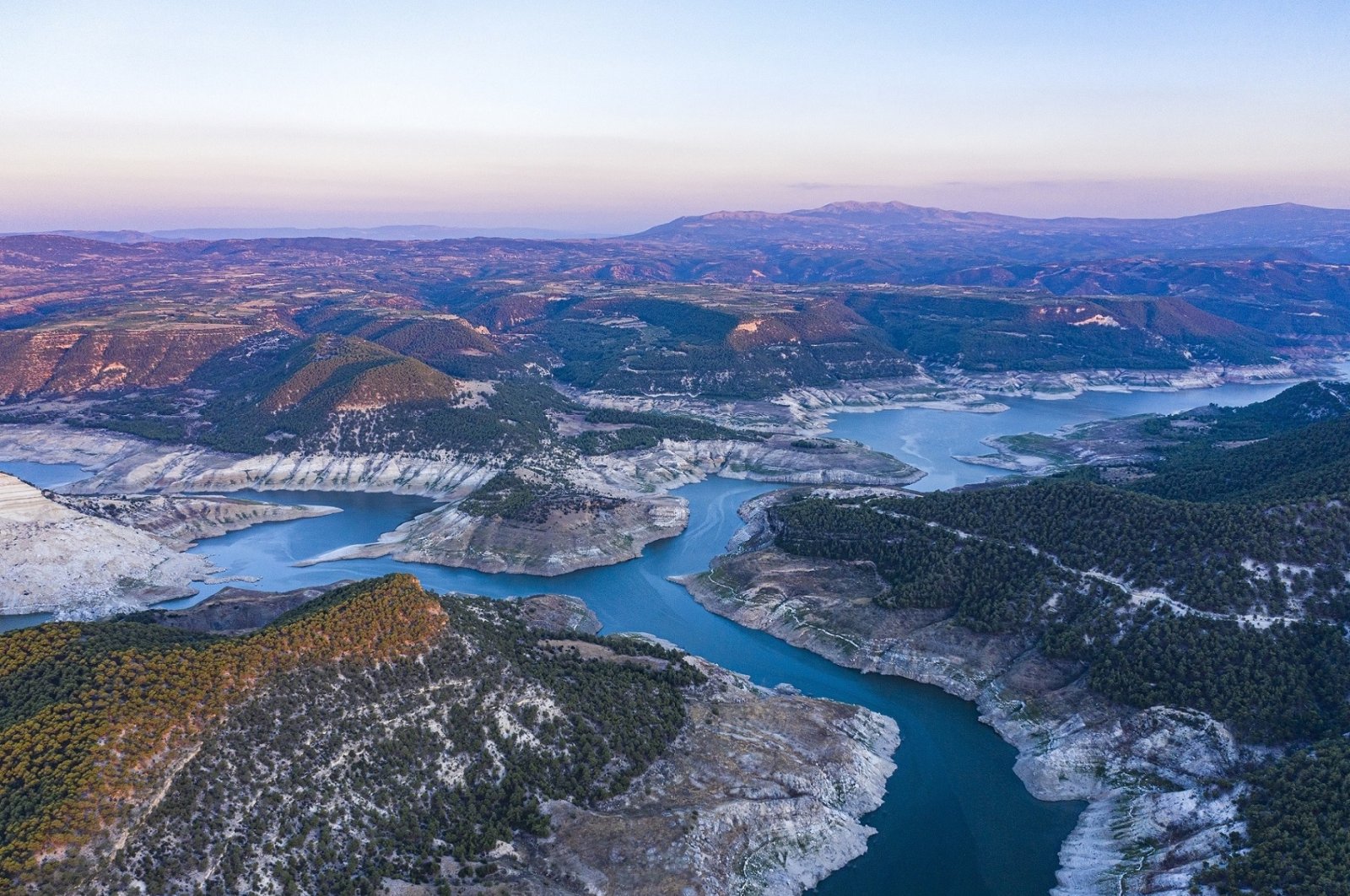 The Meander is Turkey's Eegean region is under the threat of being polluted and drying up. (Courtesy of WWF Turkey)
by DAILY SABAH Jan 21, 2021 8:25 pm
RECOMMENDED

The Turkey branch of the World Wide Fund for Nature (WWF) has announced a new movement to raise awareness about and protect declining water resources in Turkey. The campaign is titled "Su Biterse Herkes Susar," a double entendre slogan meaning "if water runs out, everyone will go thirsty or quiet."

WWF, an international non-governmental organization focusing on wilderness preservation and reducing the impact of humans on the environment, announced this new campaign Thursday in a virtual meeting and drew attention to the imminent water crisis in Turkey, inviting every individual to become a “water guardian.”

“Today, we experience the effects of climate change in our country, through rising temperatures in the Mediterranean Basin, which we are a part of, through decreasing rainfall and droughts,” it said.

Uğur Bayar, chairman of the WWF Turkey executive board, reiterated that, as previously underscored in the World Economic Forum (WEF)'s Global Risk Report, infectious diseases, weapons of mass destruction (WMD), the climate crisis, natural biodiversity loss and water shortages were the top five risks predicted to affect the world economy in the next 10 years. Bayar pointed out that Turkey was among the countries at risk when it came to water resources.

“In the last 50 years, half of the wetlands in Turkey have lost their healthy structure in regards to water levels and quality. The risk is not exclusive to surface water, the levels of our underground waters are also alarming,” Bayar said.

Ten provinces in Turkey, led by Istanbul and Ankara, followed by Izmir, Gaziantep, Diyarbakır, Bursa, Mersin, Konya, Adana and Antalya, are water-scarce, and if the current trend continues, serious supply issues should be expected, the WF said.

Bayar stressed the importance of planning and said clearer and more decisive measures were needed.

“In the face of approaches that ignore nature, hydrological interventions and unsustainable applications, in the fields of water management, urbanization, agriculture, food, production and energy, we must tackle the risk of drought with more critical and systemic ways,” he said.

A documentary titled “The Journey of Water,” which focuses on the waters of the Büyük Menderes (Meander) River and the critical problems awaiting it, was also debuted during the virtual meeting.

Turkey uses 73% of its freshwater reserves on agriculture and the Meander plays an essential part in providing water to the agriculture industry. The Meander is the source of water for Aydın province in western Turkey's Aegean region, which accounts for 61% of fig, 28% of olive and 14% of cotton production in Turkey.

WWF Turkey said it is also working on a transformation project to prevent pollution in the Meander, which has reached critical levels. The yearly water potential of the river stands at 1.7 billion cubic meters, but it is currently at risk. By the end of this century, water levels in the basin are estimated to decrease by 50%, along with rapid contamination lowering the existing water's quality.

Aslı Pasinli, general director of WWF Turkey, stated that the time had come to act and mobilize, to preserve water supplies and the nature that provides the water.

The WWF conjectures annual water consumption dropping to 1,120 liters in Turkey in 2030, further down from the current 1,519 with the national population expected to reach 100 million. According to the Falkenmark Indicator, also called the "water stress index," the figure, which is under 1,700 liters, puts Turkey among countries suffering from water scarcity.

“We can save our water together by protecting nature, by changing our irrigation methods, by saving every drop of water in our homes and by changing our consumption habits,” she said.